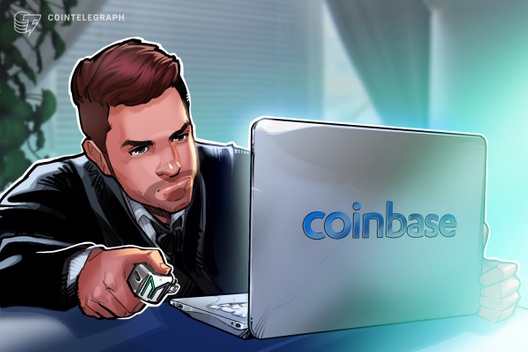 The announcement comes from a Coinbase blog post published on Oct. 11. By implementing the governance feature, Coinbase Custody enables MKR holders to participate in on-chain governance directly on the platform, avoiding the need to withdraw their funds from third-party custodians. This, according to the post, will purportedly attract more participants to the MakerDAO Multi-Collateral Dai (MCD) voting, which is expected on Nov. 15.

The launch of MCD is expected to introduce new features to the Maker Protocol such as Dai Savings Rate and additional CDP collateral types. The project is planning to provide MKR holders with a range of documents to review, while the announcement specifically states:

“MKR holders will also soon review and vote on the terms of the DSR and the risk parameters for the two first tokens being evaluated by the interim risk team — BAT and ETH.”

In May, the decision to lower the so-called stability fee for MakerDAO’s Ethereum blockchain-based decentralized stablecoin DAI by 2% was executed. The original proposal was to decrease the stability fee by 2% to 17.5% per year; however, it failed as it did not get the number of votes required to reach a quorum.

Coinbase Custody was initially announced in November 2017 and launched in July 2018, with an objective to provide robust security of crypto assets, which according to Coinbase has been institutional investors’ “‘number one’ concern.”

Coinbase Custody has been actively expanding its services and capabilities, integrating directly into Coinbase’s over-the-counter trading desk and moving into staking, which Proof-of-Stake cryptocurrency networks use to incentivize user activity.

In August, Coinbase Custody acquired Xapo’s institutional business to become the world’s largest crypto custodian by assets under custody. At the time, the announcement claimed that Coinbase Custody stored assets on behalf of more than 120 clients in 14 different countries.