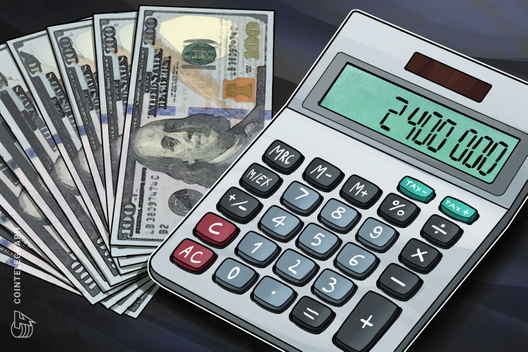 Decentralized finance (DeFi) startup InstaDApp has secured $2.4 million in a seed round from an array of strategic investors, including Coinbase Ventures and Pantera Capital.

Per an Oct. 1 blog post, InstaDApp saw funding from investment firms Coinbase Ventures, Pantera Capital,  Robot Ventures, venture capital company IDEO Colab and a number of other investors. InstaDApp is the developer of a mediator smart wallet layer between the user interface and protocols that purportedly simplifies the cost of conducting financial transactions.

The startup claims that its protocol launch saw a substantial growth, with the value locked in their smart contracts increasing by a factor of 9, from $4 million to more than $35 million. This ostensibly brought InstaDApp to the third position in total value locked after MakerDAO and Compound.

As reported in September, Coinbase launched the new USDC Bootstrap Fund aimed at the improvement of DeFi. Among possible investments, Coinbase named smart contracts, while returns are set to be provided by a counterparty — a borrower or taker.

In mid-September, MakerDAO awarded a developer grant to blockchain-based employment platform Opolis. The grant enables Opolis to process DAI payments, give companies and freelancers the choice to pay and be paid in DAI, and allow for Opolis members to pay their membership fees in DAI.

Recently, Ripple, the San Francisco-based startup behind the third-largest asset on the crypto market, XRP, acquired payments platform Logos Network. As part of Xpring, the team behind Logos will be exploring a DeFi system that is set to leverage XRP at its core.

Newest Crypto - November 27, 2021
0
The music industry has undergone a massive transformation in recent years. We have seen the advent of the internet leave its mark on...

Facebook’s centralized metaverse a threat to the decentralized ecosystem?