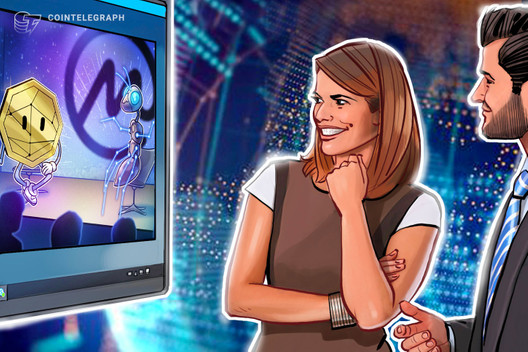 April 17, as part of the BlockDown 2020 online blockchain conference, CoinMarketCap’s Chief Strategy Officer and Interim CEO, Carylyne Chan, presented the company’s report into the cryptocurrency market for the first quarter of 2020.

Chan began the presentation by looking at how price and market cap had been affected during Q1. After a strong start to the quarter, both Bitcoin (BTC) and the wider market took a bashing at the hands of the COVID-19 pandemic.

This has now largely retraced and the market seems to be on its way back to recovery. More useful insights came as Chan gave an analysis of CoinMarketCap’s, or CMC’s, user traffic.

Chinese traffic dropped off in January

The first notable effect was a reduction in traffic from China. China fell from being #13 in terms of traffic to #24, with the majority of this drop occurring between Jan. 14 and Jan. 25. It was the only country in the top 25 which fell more than ten spots.

“Overall I think the traffic is pretty representative of general trends and interests, so I think people just had more things to worry about than checking CoinMarketCap.”

Increase in traffic from female and younger users

From a demographics perspective, there was a significant growth in female users and those in the 18-24 year old age group.

Female CMC users increased by 43%. This change was spread across all age groups, but especially younger users. The majority of visitors in this demographic came from Europe and the Americas.

There was also a 46% increase in users in the 18-24 year old age group during Q1. Geographically, the rise was especially significant in Oceania (led by Australia) and Africa (led by Nigeria).

“We’ve heard a lot from our younger users around why they are coming to CoinMarketCap more often. People are looking at what’s happening on a macro-economic level. They are more interested in alternative asset classes like crypto.”

Despite being among the most popular websites for crypto metrics, CMC has received criticism in the past for its reporting of 24-hour exchange volumes, which were often self-reported, and therefore open to abuse.

Last November, the site introduced a liquidity metric to give investors a more accurate overview of the best exchanges to trade on. Chan announced that this metric will be updated to be even more accurate in June 2020.

The site also plans to include more data types, including crowd-sourced data, later in the year.

As Cointelegraph reported, CoinMarketCap was acquired by Binance earlier this month for a rumored $400 million. However, Chan was keen to stress that the company would retain independence in its day to day activities.

However, Chan expressed optimism that the CMC team can tap into the expertise of Binance to implement best practices and add more value to the business — especially in the area of scaling.