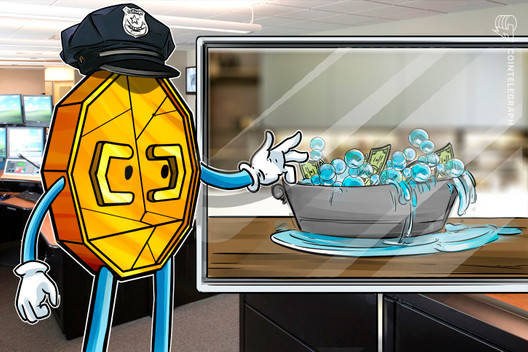 In the latest blow to the embattled Canadian cryptocurrency exchange Coinsquare, reports are accusing the platform’s top executive of orchestrating a wash-trading scheme in clear violation of securities law.

Wash-trading refers to an exchange artificially inflating its trade volume through executing larger zero-fee market trades into their own orders, creating the appearance of large trading activity without any assets changing hands. The practice is illegal in traditional asset markets due to its propensity for price manipulation.

The accusations levied at Coinsquare were reported by Vice on June 13, with the publication claiming to have obtained leaked emails, Slack messages, and other files incriminating the exchange’s CEO, Cole Diamond.

The allegations follow reports of a major data hack that saw over 5,000 customers’ email addresses at risk from SIM-swapping attacks earlier this month.

A March 2019 email exchange cited by Vice reportedly details an incident in which one employee was disciplined for disabling the code driving the internal activity due to not wanting “to test [the Ontario Securities Commission] OSC” with the practice.

Cole’s response stated that the individual made no consideration of the “massive change” in the public perception of the platform’s liquidity that could result from ceasing wash-trading, adding: “Turn it back on.”

The correspondence also noted that “The decision to continue wash trading was final by Cole,” with the documents also describing efforts from Coinsquare’s senior staff to crack down on the use of the term “wash-trading” in digital communication due to paper trail concerns.

Suspicions surrounding Coinsquare’s trade volume have persisted since at least 2018 — when multiple Reddit users began speculating that much of the exchange’s volume may be fake.

Accusations of wash-trading have consistently been levied at cryptocurrency exchanges since the discovery of Mt Gox’s Willybot in 2014.

Last year, a report estimated that as much as 95% of the volumes reported to popular market data aggregator CoinMarketCap may be the result of wash trading.

Since being acquired by leading exchange Binance in April, a number of measures have been introduced to limit the influence of fraudulent volumes on CoinMarketCap.

However, the platform has received criticism for its new metrics appearing to heavily favor Binance.

Here’s Why Analysts Think Ethereum Will Soon Move Toward $800