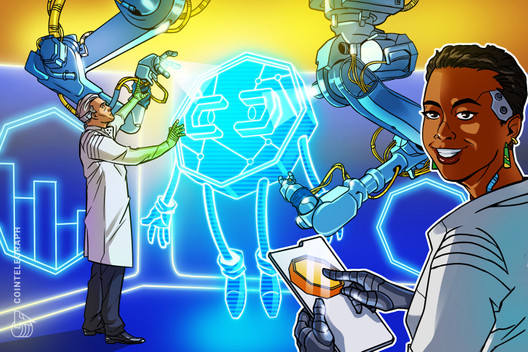 The world’s largest technology companies have made concerted efforts to investigate and integrate blockchain technologies over the past few years. Partly driven by a massive boom in interest caused by Bitcoin’s stellar bull run in 2017, blockchain technology quickly became the new catchword in tech. A swathe of startups entered the fray during that period as entrepreneurs looked to cash in on the hype in the space.

Bigger companies that weren’t looking into the benefits of the technology faced the risk of being left behind and began to carefully explore solutions to their own business mechanisms. Others had already begun exploring the potential benefits that blockchain could bring to various systems. That included some of the biggest names in the tech space, including IBM, Samsung, Google, Sony and Apple.

American tech giant IBM has made waves in the space for filing a multitude of patents that use blockchain technology. The company has been a leader in adoption since 2014, putting it well ahead of most when it comes to developing and using blockchain-based solutions.

One of IBM’s earliest forays into the technology was exploring the capabilities of blockchain technology to power the Internet of Things. The Address Energy in Parallel Technologies project, or ADEPT, was born in collaboration with Samsung, which allowed domestic appliances to autonomously interact with its environment.

The project’s use case was proved by a Samsung washer autonomously ordering its own detergents and replacement parts. The ADEPT concept used Telehash for communication, BitTorrent powered its file sharing, and the Ethereum blockchain was used for functions that required more in-depth contract capabilities.

The company’s most defining work came in 2015 with the launch of the IBM Blockchain. The platform is built on the Linux Foundation’s Hyperledger Fabric — which IBM contributed to developing alongside a host of other companies.

The IBM Blockchain is an enterprise blockchain solution aimed at large scale businesses and corporations. The platform allows users to join existing blockchains or even create new platforms suited to their needs. The IBM website estimates that it has over 500 live, working blockchain projects. These projects cover a broad spectrum of industries, including trade finance, supply chains and identity services.

Notable blockchain projects include supply chain management platform TradeLens, which was developed by shipping giants Maersk together with IBM. The system tracks real-time data of shipping transactions and progress in a permissioned network.

Related: Walmart’s Foray Into Blockchain, How Is the Technology Used?

IBM’s Food Trust Blockchain is another notable platform that has onboarded some major conglomerates over the past two years. The blockchain-based food tracking platform is being used by the likes of Nestle and Unilever, as well as America’s leading retailer, Walmart.

Since its inception back in 1975, Microsoft has been a leader in the IT and technology spheres. It’s operating systems have made it famous, but the company has branched out to provide a wide range of technology goods and services. Blockchain technology has not gone unnoticed by the company either. Although like IBM, it has focused on the development of private enterprise solutions as opposed to open-source, decentralized blockchains.

Microsoft’s Azure cloud computing service is the backbone of its move into the space and allows businesses to build and manage applications to improve a wide variety of internal and external services. A branch of the platform is the Azure Blockchain Service, which allows users to create their own consortium networks and applications using prebuilt networks and software.

The Azure Blockchain Workbench allows developers to deploy a network, using existing infrastructure that is touted to reduce the amount of development time it would take to create an in-house solution. This includes automatic ledger deployment, network construction and pre-built blockchain commands.

Global aviation company GE Aviation also uses the Azure Blockchain service to record and track the details of aviation parts. The process has traditionally been done on paper, which is both time consuming and costly. The likes of Singapore Airlines, the Nasdaq, 3M and Xbox have used the Azure Blockchain platform for various offerings as well.

South Korean tech giant Samsung has played an interesting role in the cryptocurrency and blockchain space for a number of reasons. Samsung is a major player in the electronics manufacturing industry in particular, and this has also spilled over into the cryptocurrency sector. The company is among the top producers of smartphones and semiconductors — two products that are actively used by crypto enthusiasts.

Samsung’s processors became highly sought after during Bitcoin’s bull run in 2017, as users flocked to buy ASIC cryptocurrency miners. From the beginning of 2018, the company began designing and creating ASIC chips specifically designed for mining.

Samsung also integrated cryptocurrency support into its smartphones in 2019 with the launch of the Blockchain Keystore application market. The major application launched was a password wallet for users’ private keys. The functionality was rolled out with Samsung Galaxy S10 smartphones and is now supported on six of its devices, including the S10e, S10, S10+, S10 5G, Note10 and Note10+. A number of blockchain-based applications have been made available on the Blockchain Keystore since, and the Galaxy S10 smartphone now supports an even greater number of cryptocurrencies.

Last but not least, Samsung SDS, the company’s IT arm, has also joined the fray in the enterprise blockchain space. The platform was launched in 2017 and competes with the likes of IBM and Microsoft’s enterprise blockchain solutions. The blockchain platform allows businesses to create and manage their own services for payments, supply chains, identity credentials and smart contracts.

Japanese IT firm Sony is well known for its electronics, but it’s made some interesting moves utilizing blockchain technology. The company has taken a slightly different approach in its appraisal of the possibilities of the technology and has earmarked areas that would benefit the most — education, music rights and sampling.

In 2017, Sony announced that it was exploring a pilot project with Fujitsu to record and manage educational subject matter, records and grades using the Linux Foundation’s Hyperledger Fabric. The platform allows educational institutions to virtually store and share academic learning records for individuals in a cryptographically secure, distributed blockchain network.

This allows educational institutions or companies to have access to verified, tamper-proof educational records of the respective applicant or student. Conversely, it allows students and academics to have real-time access to their own academic records.

Sony has also identified an interesting use for AI and blockchain technology in the music industry. According to their Soundmain description page, Sony began to make inroads in a particularly challenging space for artificial intelligence around 2013. In the field of sound and music production, differentiating different instruments and sounds in music is incredibly difficult for machines — it is a uniquely human capability.

However, Sony’s developments in AI have led to some breakthroughs in audio separation technology. Its Soundmain platform enables users to separate different sounds into multiple channels from source audio that has already been mixed down to single or double channels.

The software is intended to be used as a remixing and audio rights tool. Artists would be able to record a full set live and use the software to identify and mix the different instruments into individual sound channels afterward. Blockchain technology comes in to address issues around the rights to different music samples, enabling composers or individual musicians to be compensated if their samples are used by other production studios.

Google and Apple are undisputed giants in the IT space, but both companies have kept blockchain technology and anything specifically related to cryptocurrencies at an arm’s length over the years. Both companies have copped criticism from the cryptocurrency community for their tough stance toward decentralized applications that are listed on the Google Play and Apple App stores. In response, the companies said that they act in the interest of safeguarding users from malware.

The harsh stance has seen major exchanges like Coinbase have its cryptocurrency wallet DApp removed from the Apple Store over unresolved issues pertaining to developer guidelines. As recently as the beginning of March 2020, Google Play has even removed the applications of various cryptocurrency news platforms, including Cointelegraph’s app. Google had previously removed a plethora of cryptocurrency mining apps from the Play store.

Nevertheless, Google has provided infrastructure assistance to cryptocurrency software firm Blockchain.com. The company uses Google’s Cloud service to handle its various databases for its Blockchain Wallet and Explorer services. The platform handles an enormous amount of data across various databases and has switched over to Google’s Cloud Spanner to streamline its processes.

Meanwhile, Apple announced the development of the CryptoKit framework in 2019 that was initially met with much fanfare from the cryptocurrency community. As Cointelegraph reported at the time, the hype around the project was somewhat unjustified once the company gave some clarity into the project.

An Internet Free of Ad Cookies Is Now Closer Than Ever