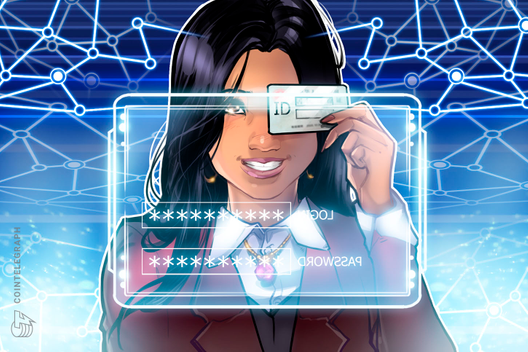 “It opens up access to financial services, helps reduce fraud and is instrumental in driving more competition into the U.K. banking ecosystem. ​PwC analysis​​ suggests technological step changes in the banking sector could bring a boost of more than £34.6bn to the UK’s economy by 2030.​”

Since the European Union’s Payment Services Directive 2 came into effect, there has been an increased demand for secure personal data-sharing solutions between financial institutions. Alice Nawfal, the strategy and operations lead at ​uPort​, added:

“Our view is that consumers will eventually be able to build dynamic, robust financial identities based on data from all financial institutions they have accounts at, and be able to port their identities across service providers.”

Blockchain identity systems can be the solution

Cointelegraph previously reported that the use of blockchain in data puts it back in the hands of those who create it. By storing personal data on encrypted, decentralized networks, users are able to grant limited access to third parties using keys in processes that are similar to sending cryptocurrency.

Newest Crypto - November 27, 2020
0
A comprehensive survey from India’s CoinDCX exchange has found that most local investors don’t see an “easy way” to access exposure to crypto...

Bitcoin’s price correction may not be over, on-chain data analysts warn

Bitcoin and blockchain topics to discuss with the crypto curious this...

Compound Tops MakerDAO, Now Has the Most Value Staked in DeFi