Bitcoin price did not crash 60% due to coronavirus, Binance CEO says

It’s fashionable to think that Black Thursday’s bloodbath on the crypto markets was caused by the coronavirus. But Changpeng Zhao, the CEO of Binance, disagrees. He believes the pandemic certainly triggered the current global meltdown — but added the mass sell-offs over recent weeks have proved that the world’s economy is far too weak. Many investors are hoarding cash as the uncertainty continues, but Zhao believes they will begin to broaden their portfolios in time. “Have people bought more Bitcoin yet? No, in most cases. Many of them are still panicking over toilet paper,” he said. BTC has come a long way over the past seven days — and, at the time of writing, it’s up by 12%, sitting pretty at about $6,000. This is some way off the highs of $6,900 that were achieved earlier in the week.

Is Bitcoin correlated with the U.S. stock market?

The debate now is about how closely Bitcoin’s performance is tied to the U.S. stock market. According to research by Santiment, the correlation between BTC and the S&P 500 has now reached a two-year high — a bearish sign for the crypto markets. Historical data shows that such a high correlation is often accompanied by major downturns in BTC’s value. Santiment said: “With this pandemic, we are obviously seeing very similar movements in tandem as the coronavirus justifiably has investors in virtually every sector in a similar state of cautiousness.” Not everyone agrees with this analysis, though. Since the March 13 lows of $3,775, BTC has rallied by about 77%. Compare that with the S&P 500, which has fallen by 7.4%, and the Dow Jones, which is off by about 10% over the same period.

Congress proposal to give everyone $2,000/month “strengthens case for Bitcoin”

Countries around the world are now trying to figure out how to support those who have lost their jobs because of the coronavirus — and how to keep their economies afloat. In the U.S., one Democratic representative in Congress has proposed giving $2,000 a month to every adult — and $1,000 to every child. Other nations are similarly exploring radical measures, with the U.K. recently announcing plans to pay 80% of the wages of workers on furlough. Some in the crypto community have been taken aback by these ideas. Mati Greenspan, founder of Quantum Economics, told Cointelegraph that the American proposal would cause massive inflation — and would even benefit Bitcoin in the long run if the Democrats won the White House in November.

We’ve got a little bit of time to switch gears and cover some different news in this week’s Hodler’s Digest. MakerDAO has added the USDC stablecoin as a third type of collateral, following an emergency vote this week. The move is designed to urgently increase Dai’s liquidity after how last week’s ETH flash crash created bad debt worth millions of dollars. A major downside with this decision is how it undercuts Dai’s selling point of exclusively being backed with decentralized assets. USDC is pegged to the U.S. dollar and was created by Coinbase and Circle. 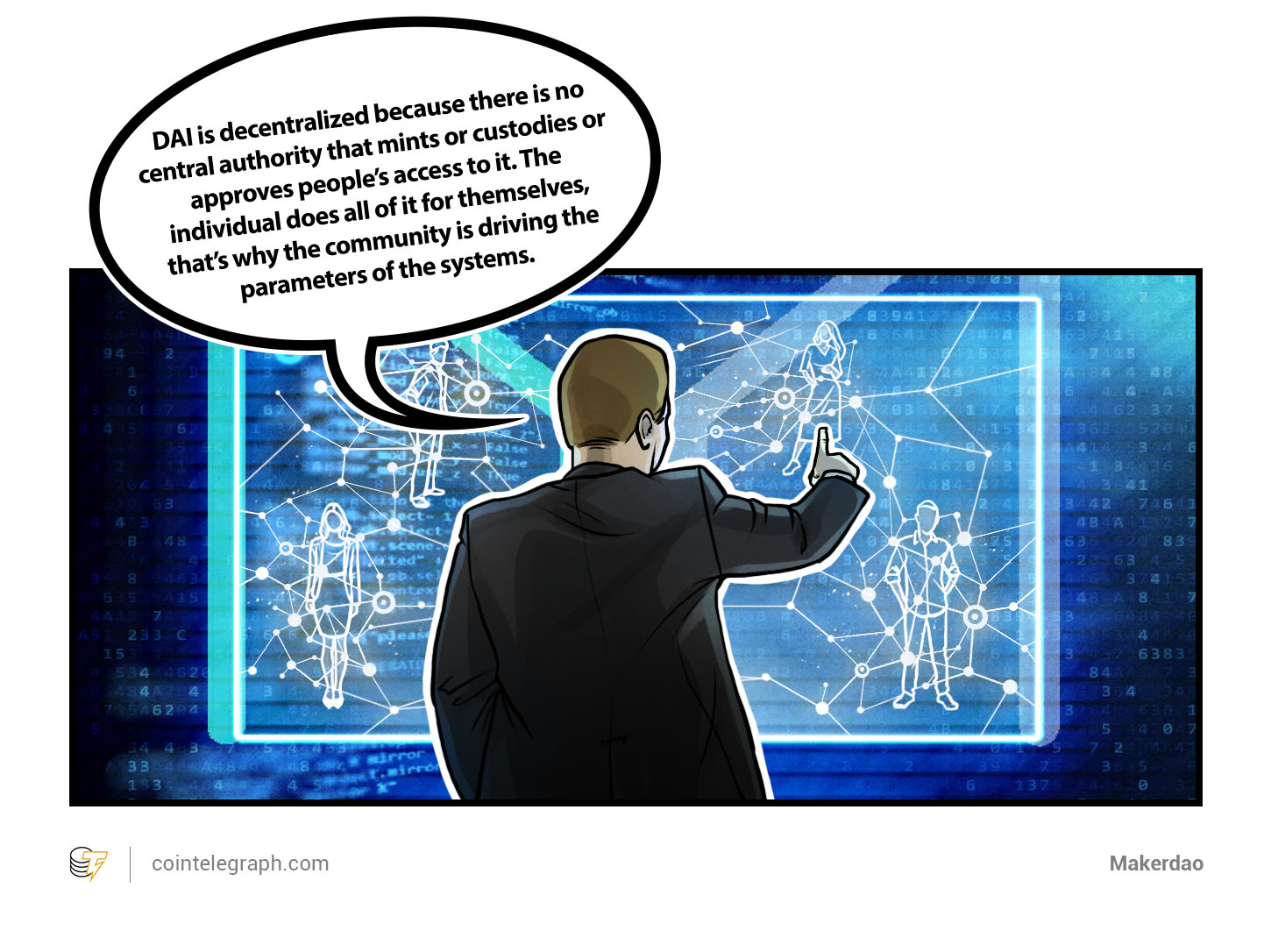 Bakkt — a platform best known for offering crypto derivatives — is diversifying into retail applications for digital assets. The company’s new app, Bakkt Cash, has now been added as a payment method to the Starbucks app on a trial basis. The ability to buy a caramel latte with an extra espresso shot using crypto is sure to cause plenty of excitement. Also this week, Bakkt managed to raise $300 million in a Series C funding round that was backed by Microsoft’s venture capital arm and the Intercontinental Exchange. The company is developing an app where cash, cryptocurrencies and loyalty points can be stored in one place and used to make purchases. Unfortunately, it’s unclear how much this new Bakkt feature will be used by Starbucks customers, with the coffee chain closing its locations to eat-in customers because of the coronavirus. 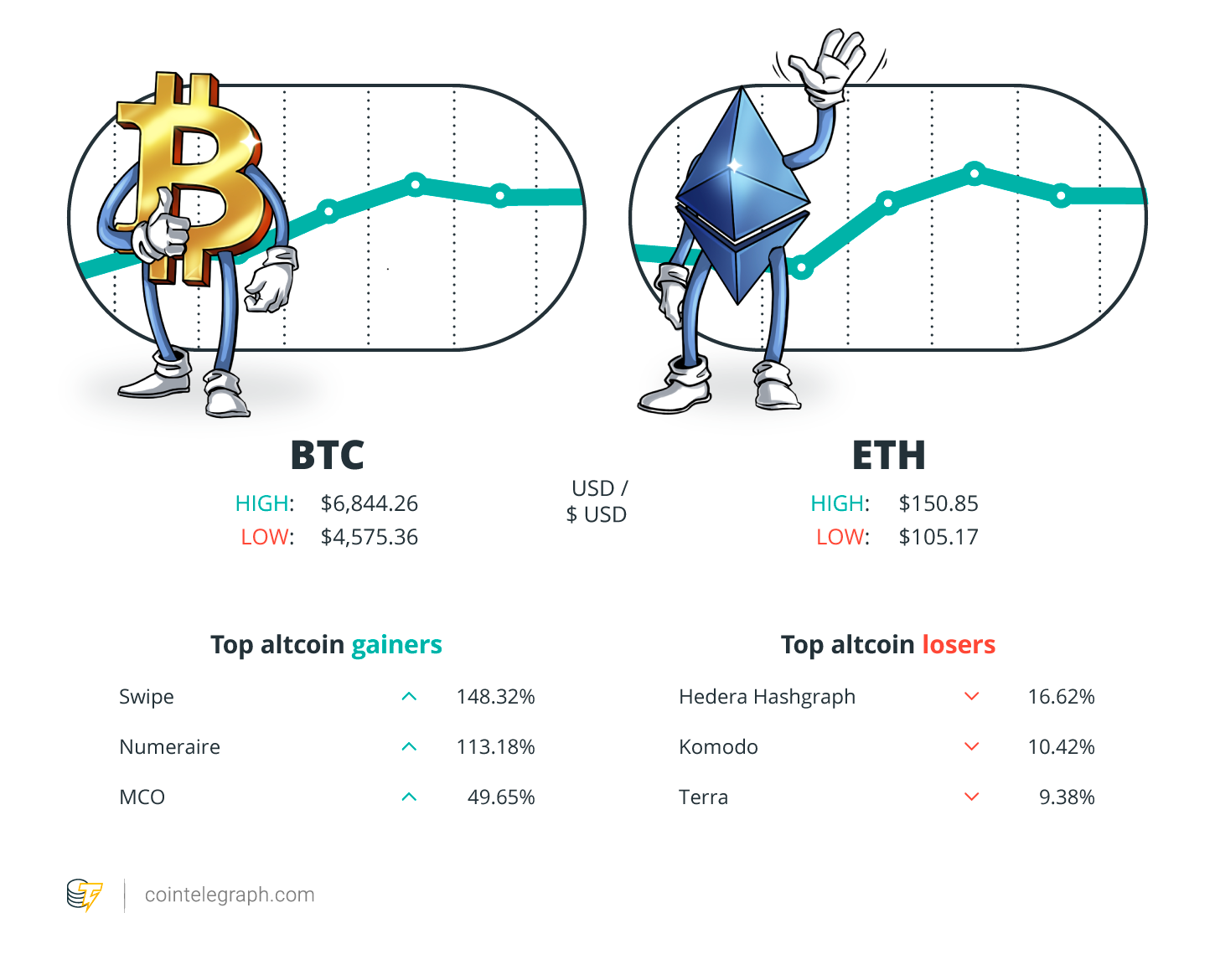 “In 2008, there wasn’t a pandemic pausing global economy. But I believe the coronavirus is just a trigger, not the root cause. Our economy should be stronger, at least strong enough to survive some shocks.” 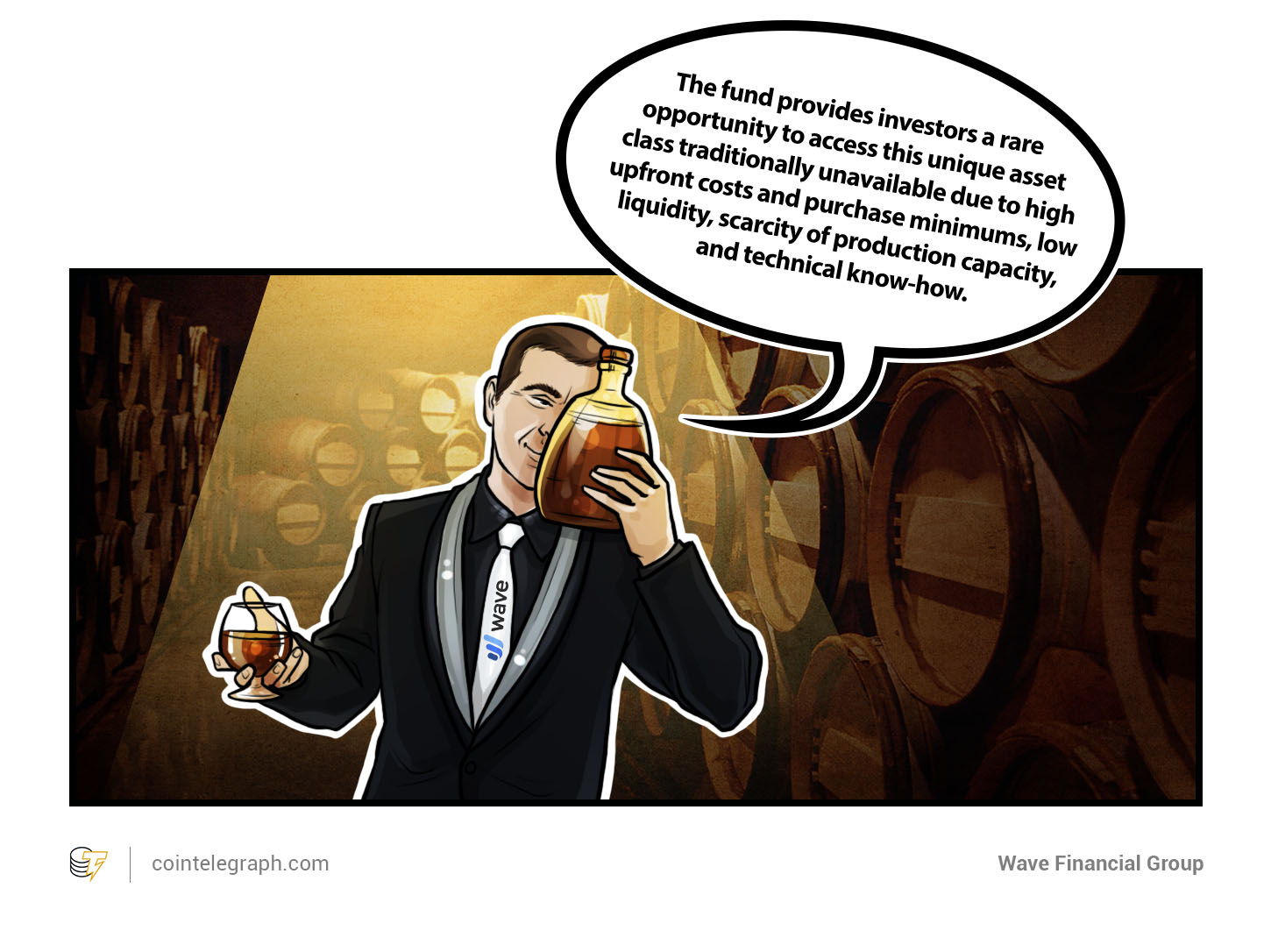 “We are stepping into the next generation. The next generation is happening right now with national bank-issued stablecoins, I believe. I would say it will grow the cryptocurrency user base like 10 times or more.” 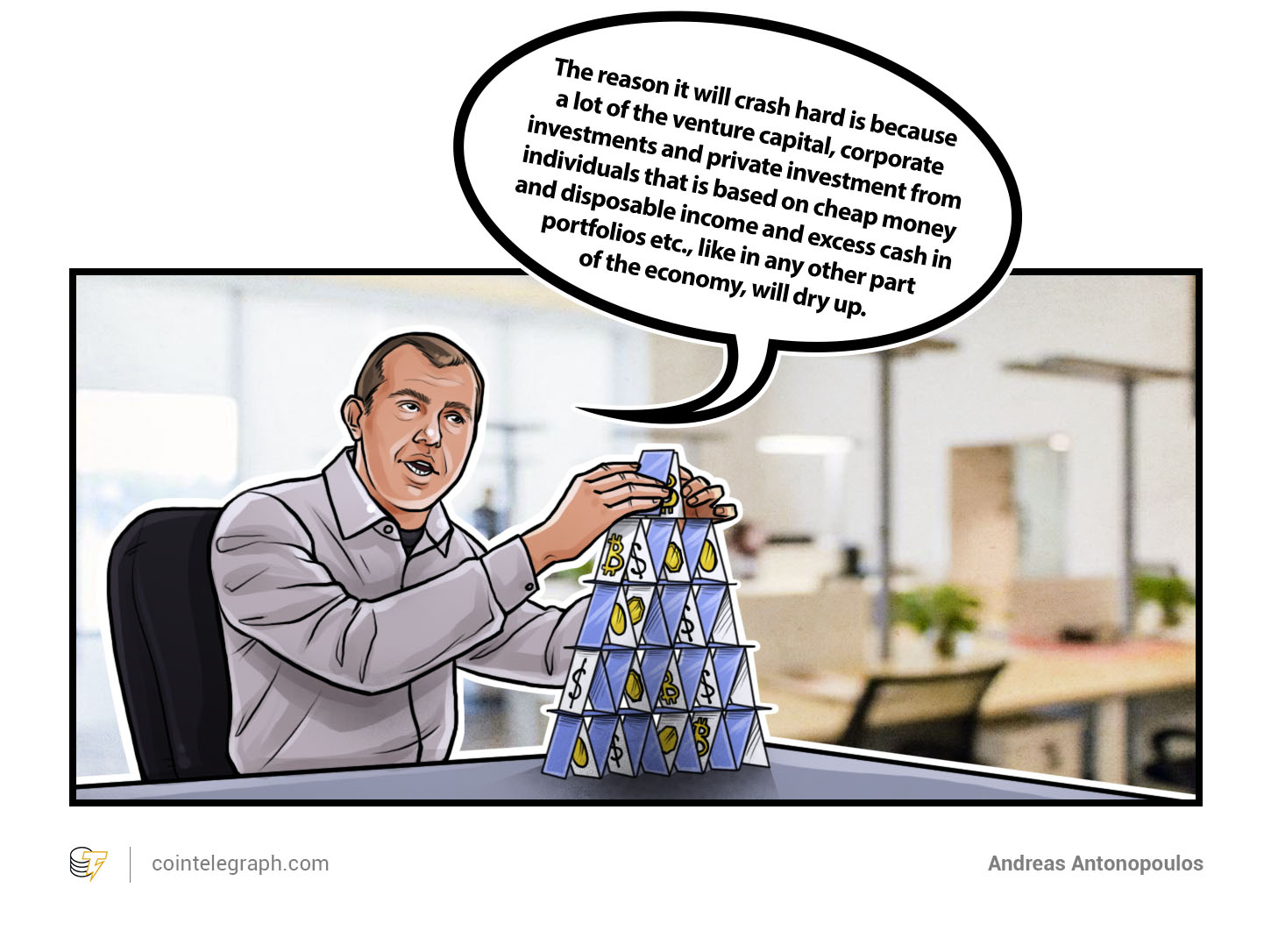 “The technology makes sense. The reason why it hasn’t become widely accepted is that Corporate America has a ‘walled garden’ approach to data — they need to start sharing data, a huge paradigm shift.”

We’ve seen some green shoots in Bitcoin’s price this week, but one technical analyst at Fundstrat Global Advisors warns that it might be some time before it stages a full recovery. Rob Sluymer said that “lower highs and lower lows are in place for Bitcoin” after investors practically fled every asset class — and this leaves it in a “compromised, potentially vulnerable long-term profile.” Looking ahead, he added: “Bitcoin will likely need months of consolidation to repair the technical damage now in place.” Another prediction this week came from eToro analyst Simon Peters, who predicted that the coronavirus crisis could strengthen Bitcoin.

Woman arrested for stealing $480,000 from crypto exchange she co-founded

A woman has been arrested for stealing 63.5 BTC from the cryptocurrency exchange she had previously co-founded. Ayushi Jain used to work for Bitcipher Labs and was arrested in the Indian city of Bengaluru. The 26-year-old was accused of stealing the cryptocurrency — worth about $480,000 — in two unauthorized transactions on Jan. 11 and March 11. Ayushi has since confessed to the theft, and the stolen funds have been recovered by detectives. A senior police officer said: “We seized a laptop which contained the history, showing how Ayushi used the passphrase and stole money in installments between January and March.”

A study by the Reserve Bank of Australia suggests that cryptocurrencies aren’t as popular as previously thought. The survey revealed that less than 1% of Australians used digital assets like Bitcoin to make a consumer payment in 2019. This is despite the fact that electronic transactions are becoming increasingly popular, and over 80% of those polled had heard about cryptocurrencies. In terms of the most-used alternative payment methods, crypto was third behind “buy now, pay later” services and “tap and go” mobile payments.

Bitfinex has announced that it is removing 87 crypto trading pairs due to low liquidity levels. The major cryptocurrency exchange hopes the measure will improve liquidity elsewhere and help it move toward a more streamlined and optimized trading experience. In a statement provided to Cointelegraph, Bitfinex said: “The decision was taken after monitoring [the pairs] for six weeks and finding a consistent low level of liquidity. We take this type of action to concentrate trading in fewer pairs.”

Does Bitcoin have intrinsic value or is it based on thin air?

Bitcoin was dealt a blow after the newly appointed Bank of England governor said that Bitcoin has no extrinsic value — echoing similar remarks by billionaires including Mark Cuban and Warren Buffett. Are they right? Joseph Young finds out.

Flying hot off the shelves — virtual land based on blockchain

Virtual land worth hundreds of thousands of dollars has been sold on platforms such as Decentraland — and one deal was worth a whopping $215,000. Elena Perez takes a look at what’s driving demand.

China’s digital yuan is an economic cyberweapon, and the U.S. is disarming

As Beijing races to develop its central bank digital currency, the U.S. Federal Reserve sees no need for a dollar parallel. Jonathan Rosenoer has written about the implications for Cointelegraph Magazine.

Crypto offers Russia no way out from Western sanctions