Since the lows that were in March, both Bitcoin and stocks across the world have mounted an objectively impressive comeback. The cryptocurrency managed to gain 100% from its $3,700 bottom last week, and stocks saw a rapid rally of 25% — with a portion of this rally being the most aggressive since 1974.

Traders and investors all across the board are seemingly pricing in the sentiment that the economic impact of the coronavirus outbreak and the subsequent lockdown isn’t as bad as some suggest it has, and thus are bidding assets.

Related Reading: Here’s Why Traders Are Scared After Bitcoin’s 8% Drop to $6,600

Goldman Sachs has gone as far as to flip decisively long on stocks, claiming that they will continue to rally from here until year-end. This taking place could help Bitcoin.

On Monday morning, a team of strategists at investment bank Goldman Sachs said that the worst of the stock market rout is behind investors, explaining in a note that their downside target of 2,000 points has been invalidated, calling it “no longer likely.” They continued that from how they see it, an 8% rally from the current price to 3,000 by year-end is highly possible.

To back their optimistic assertion, which is a reversal from the calls for a 2,000 S&P 500, they cited a “flattening [of the] viral curve” and “unprecedented policy support” from the government that could help stocks (and Bitcoin too). 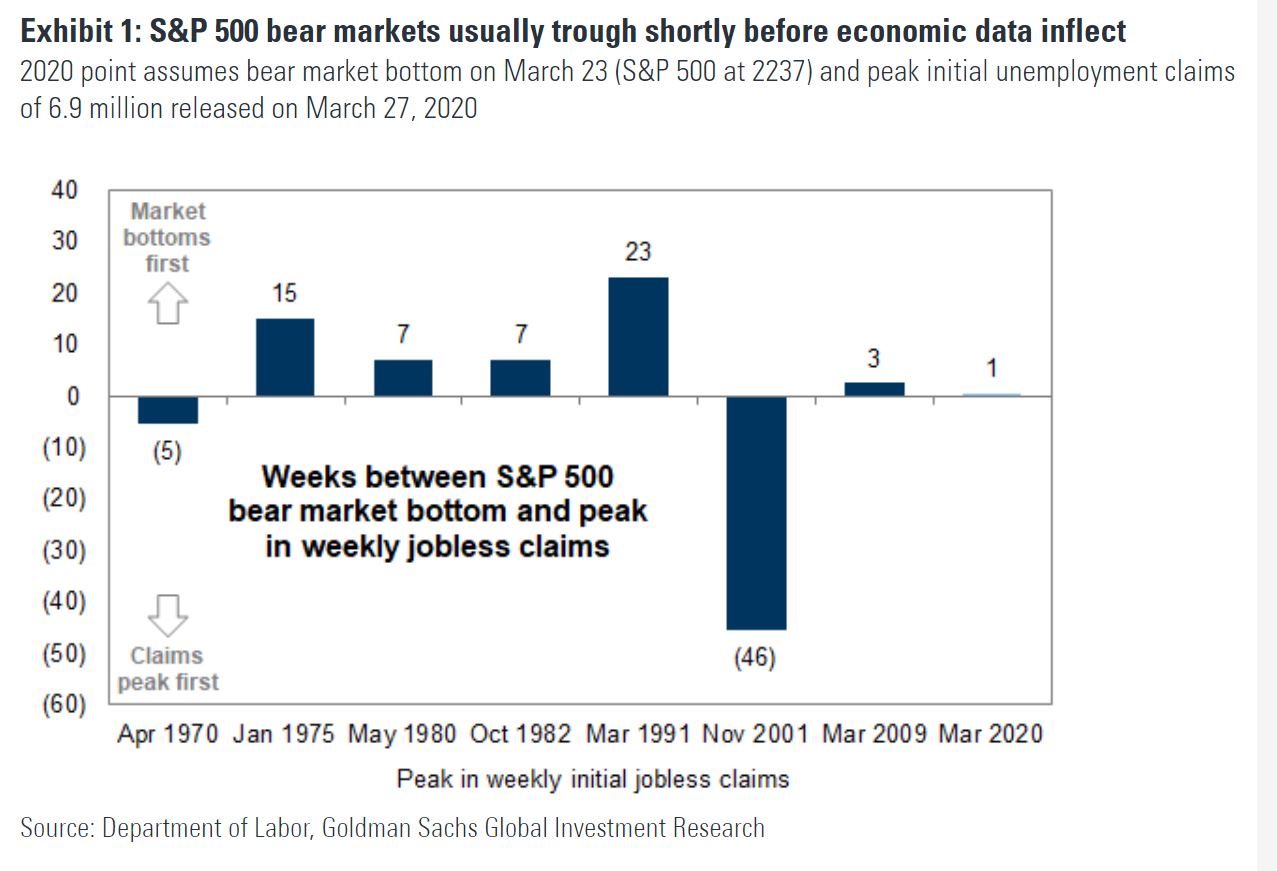 As Bitcoin continues to track the stock market, it would suggest that should the S&P 500 continue its rapid ascent higher, so too should the value of cryptocurrencies.

Bitcoin, after all, has never existed in a bear market in the stock market or in traditional assets, and has seemingly benefited from the record U.S. bull market over the past decade.

Not Out of the Woods

Although Goldman Sachs and other analysts may be flipping to the side of bulls, some fear that it is too soon to tell if global markets, Bitcoin included, are out of the woods.

Scott Minerd — the CIO of financial services giant and investment fund Guggenheim Investments — wrote in a note published the Sunday before last that he expects the coronavirus crisis to continue to hamper economic growth to a point where “the other shoe [will] drop.”

This “shoe” dropping, so to say, will cause the stock markets to tumble yet again, Minerd explained:

“When the markets start to see some of the data on unemployment rising and economic growth and corporate earnings contracting, there will be another level of panic.”

As put best by Arthur Hayes of BitMEX in a recent newsletter in which he called Bitcoin hitting $20,000, “In a global margin call, correlation = 1.”