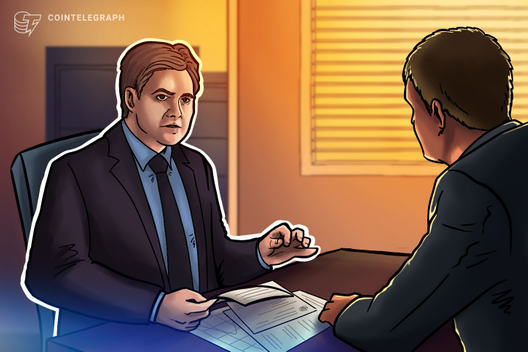 Since early 2018, Craig Wright, a controversial Australian computer scientist and tech entrepreneur, has been the defendant in a lawsuit filed on behalf of the estate of Dave Kleiman, Wright’s late business partner. The claim alleged that following Kleiman’s death in 2013, Wright unlawfully appropriated more than a million Bitcoin (BTC) that the duo had mined jointly in the early years of the cryptocurrency, as well as some related intellectual property. After a recent resolution, the case seems to be decided — although many important questions remain unanswered.

In late August, after months of litigation, Magistrate Judge Bruce E. Reinhart of the Southern District of Florida ruled in favor of the Kleiman estate, which is represented by Dave’s brother Ira. In his decision, Reinhart reproached Wright, saying that “Dr. Wright’s demeanor did not impress me as someone who was telling the truth,” and also admonished the defendant for engaging in a “willful and bad faith pattern of obstructive behavior, including submitting incomplete or deceptive pleadings, filing a false declaration, knowingly producing a fraudulent trust document, and giving perjurious testimony at the evidentiary hearing.”

The judge didn’t buy Wright’s version of the story. The Australian claimed that the partnership between Dave Kleiman and himself, acting under the alias Satoshi Nakamoto, was the entity responsible for inventing Bitcoin. Having realized at some point that digital currency had come to be used predominantly for funding illicit activity, Wright decided to distance himself from the project. Wright maintains that he and Kleiman put some 1 million BTC they’d mined together into what they called the “Tulip Trust,” a storage unit secured by the two men’s cryptographic signatures.

Although Wright lost access to the funds when Kleiman died, the self-proclaimed Satoshi Nakamoto says that the missing keys needed to unlock the trust will be somehow delivered to him by a bonded courier. The distrustful judge responded with a literary allusion: “Apparently, dead men tell no tales, but they (perhaps) send bonded couriers.”

Related: Bitcoin Creator and Superagent: What You Should Know About Craig Wright

Wright and his counsels pledged to challenge the order, although they had to request a two-week extension of the time afforded to file the motion. At the same time, Wright argued that, should Ira end up with half of the Tulip Trust, he will need to sell a huge chunk of it in order to be able to pay a 40% estate tax, which would inevitably tank the Bitcoin market.

The markets, however, didn’t seem particularly intimidated, as no major price movements occurred in the days following Wright’s statement. Ryan Selkis, CEO of crypto research firm Messari, told Bloomberg he was not concerned about Wright transferring BTC to Ira Kleiman because he didn’t think Wright had any to transfer. RT host Max Keiser even predicted that the realization of Wright lacking the money he is ordered to pay would drive BTC price steeply upward.

On Sept. 17, both sides filed a joint motion to extend all discovery and case deadlines by 30 more days to facilitate “good faith settlement discussions” in which they have stated to be engaged. The parties claim in the document that they are currently finalizing “all relevant terms,” and that pushing back all the deadlines — including the trial — would help them reach a final, binding settlement agreement.

Some crypto and tech publications were quick to report that the court ordered Wright to pay over $5 billion worth of Bitcoin to Keliman’s estate, which is, in fact, not exactly what Reinhart had ruled. Indeed, Reinhart’s order establishes that all Bitcoin mined by the Kleiman-Wright partnership between 2009 and 2013 — as well as whatever Bitcoin-related intellectual property the duo had produced throughout the same period — belongs to Wright and Kleiman’s heirs in equal parts.

However, the judge never produced a definitive determination on how much Bitcoin is to be divvied up or what specific intellectual property the ruling applies to. This does not come across as surprising, given that the court has been unable to establish these details to date.

There are two reasons why the “$5 billion” language has gained so much traction in the cryptosphere. One is that the original claim filed with the U.S. District Court mentioned “hundreds of thousands of bitcoin,” the ownership of which was contested. When the claim was filed in 2018, the valuation of Kleiman’s half of the alleged Tulip Trust exceeded $5 billion, which remains its value today. What helped to further engrave the figure in the crypto community’s collective mind is Wright’s interview to Modern Consensus.

In a conversation with an overly sympathetic interviewer, Wright stated: “The judge ordered me to send just under 500,000 BTC over to Ira. Let’s see what it does to the market. I wouldn’t have tanked the market. I’m nice.” He mentioned the figure “5 billion” several times, even complaining how the newfound knowledge of their family’s enormous wealth would ruin his children’s lives.

Granted, it is extremely unlikely that any litigation of this kind would passingly establish the true identity of Satoshi Nakamoto. The judge in the present case explicitly stated: “First, the Court is not required to decide, and does not decide, whether Defendant Dr. Craig Wright is Satoshi Nakamoto, the inventor of the Bitcoin cybercurrency.” Yet, Wright seems to be leveraging the case to promote his “I am Satoshi” narrative.

It is a widespread belief that the massive pool of Bitcoin that was mined in 2009 and 2010 and has since remained dormant belongs to the founding father of cryptocurrency. The amount of digital currency stored in the Tulip Trust (1.1 million BTC) coupled with Wright’s description of the timeline of its emergence loosely correspond with the semi-mythical story of the original whale stash. According to crypto researcher Sergio Lerner, some 980,000 of the first Bitcoins to be mined can be traced back to a single mining entity, and they have never been moved.

The court’s success in linking Wright’s identity to the original trove of more than a million digital coins would effectively validate him as the inventor of Bitcoin. It would also mean that Wright has to pay some $5 billion to Ira Kleiman — who, in turn, would have to flood the market with a significant share of the Bitcoin obtained in order to pay a 40% estate tax.

Wright’s alleged, temporary lack of access to the so-called “Satoshi funds” is his excuse for why he still hasn‘t shown the world this solid evidence to support his claims and why he has yet been unable to comply with the court order. It is shaky ground indeed, and Wright can’t stay there forever.

It looks like the case has been effectively decided on its merits: Wright will owe Dave Kleiman’s estate half of what they jointly produced. Even though Wright’s side has pledged to appeal the latest ruling, it seems all but impossible that any judge would ever overturn it without shocking new evidence. As blockchain lawyer Stephen Palley shared with the Financial Times: “I view this case as being over. When you have two federal judges that have said you’re a ducking [sic] liar, you’re not going to win,” although he added that the case may still linger for six months to a year.

Many intriguing side developments, however, are likely to emerge in the coming months. A lot hinges on how much of Wright’s Bitcoin (if any at all) officials will be able to discover. At this point, since the defendant failed to produce any BTC addresses (save for a few unverified ones that were produced under a protective order), the court does not possess much information on his assets.

As the civil process ensues, there will likely be more discovery requests — and even if Wright’s counsels manage to buy some time appealing the decision, the funds locked up in the Tulip Trust should finally become available in early 2020, according to Wright himself.

Once the Bitcoin jointly mined by Wright and Kleiman is located, the Australian will have to give up half of it to his late business partner’s estate. If he refuses to honor the court order, Wright may face some tangible consequences, as Layla Tabatabaie, senior consultant at the blockchain PR firm Wachsman, stated to Cointelegraph:

“Wright would be found in contempt of court, and the court may impose imprisonment or monetary fines in fiat currency against him. Being held in civil contempt of court could actually be worse than being held in criminal contempt, because you aren’t afforded the same constitutional rights as a criminal defendant. Barring any egregious actions by Wright, it is far more likely that the punishment would begin with mounting monetary fines.”

In other words, failing to produce the Bitcoin addresses in which his and Kleiman’s funds are stored will, at some point, become costly for Wright.

Another consequential detail that makes this case interesting to follow and could render it a landmark case for the crypto industry is how exactly the court will go about calculating the amount of money to be paid to the plaintiff and whether repayment will be in coin or fiat.

One way to look for directions on what could happen is to examine the comparable cases that involve digital securities. The Securities and Exchange Commission has, on several occasions, ordered rescission to wronged crypto investors as part of a securities settlement. However, according to Dror Futter, a partner at law firm Rimon P.C., the regulator has not addressed this question.

So, as there is no guidance as to how such payouts are to be executed — whether in fiat or crypto, and if in crypto, at what exchange rate — the next few months should bring more certainty to the many undefined variables in this equation.