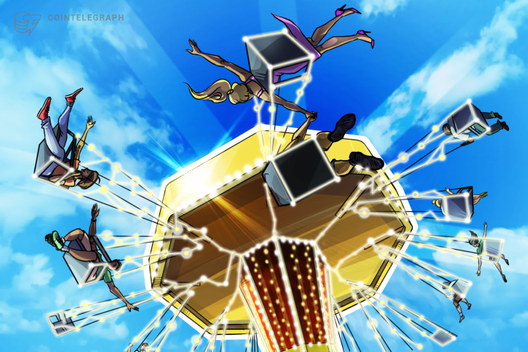 Adoption is critical for the success of the blockchain and cryptocurrency industries. Here are five examples of developments that could spur adoption from last week.

Analysts have long predicted that the increased participation of governments and institutional players in the blockchain and cryptocurrency space shows how the respective industries are maturing. The founder of crypto merchant bank Galaxy Digital, Michael Novogratz, recently said that the next up-move of the cryptocurrency bull market will be driven by institutional investors.

The Luxembourg branch of the Big Four auditing firm PwC announced that it will begin accepting payments in Bitcoin (BTC) starting on Oct. 1. The firm states that its decision to open up to crypto payments is part of a commitment to clients’ needs as well as to support the growing cryptocurrency industry.

On Sept. 2, banking and financial services giant HSBC completed the first yuan-denominated letter of credit transaction on a blockchain. The firm used blockchain software firm R3’s Corda-powered Voltron platform for a cross-border transaction, in which electronics manufacturer MTC Electronics exported a shipment of LCD products to its parent firm.

Blockchain technology is gaining traction in the financial services industries, as it can reduce transaction times, costs and provide a more secure and transparent account of contracts and financing.

4. National cryptocurrency in the Marshall Islands

Minister In-Assistance to the President and Environment of the Marshall Islands David Paul recently released an essay in which he described the nature of the nation’s forthcoming national digital currency, the Marshallese sovereign (SOV). By issuing the SOV, the government aims to make Marshallese monetary policy more independent, as it currently uses the U.S. dollar.

The government has decided to base the digital currency on a blockchain protocol because it does not think a centralized structure is suitable for a small country of 50,000 people spread across over 1,000 Pacific islands.

This example of blockchain adoption shows how the technology can solve real economic issues, even at the national level.

5. Reports of a cryptocurrency-enabled Samsung phone

A report from the Wall Street Journal (WSJ) on Sept. 5 states that the newest version of Samsung’s Galaxy Note 10 will feature a feature a cryptocurrency wallet and accompanying free coins. Sources familiar with the matter told WSJ that South Korean tech giant Kakao Corp. will issue its affiliate cryptocurrency KLAY directly to Samsung smartphone users.

The expansion of cryptocurrency capabilities on a widely circulated telephone has the potential to bring more people into the cryptocurrency space and simplify the use of digital assets by the uninitiated.