Friday, Aug. 9 — Bitcoin (BTC), Ether (ETH) and XRP are slumping along with the rest of a largely red cryptocurrency market.

Bitcoin is trading at$11,910 at press time, with approximately a 1.16% loss on the day. Bicoin has broken $12,000 three times this week, but has lost traction at or above that price point. Nonetheless, some BTC bulls are saying that the current market conditions indicate only a temporary setback for its inevitable surge beyond the previous all-time high. Serial VC investor Tim Draper commented:

“I thought there would be many more competitors at this point that were really relevant, but people have consolidated towards Bitcoin because it’s decentralized.” 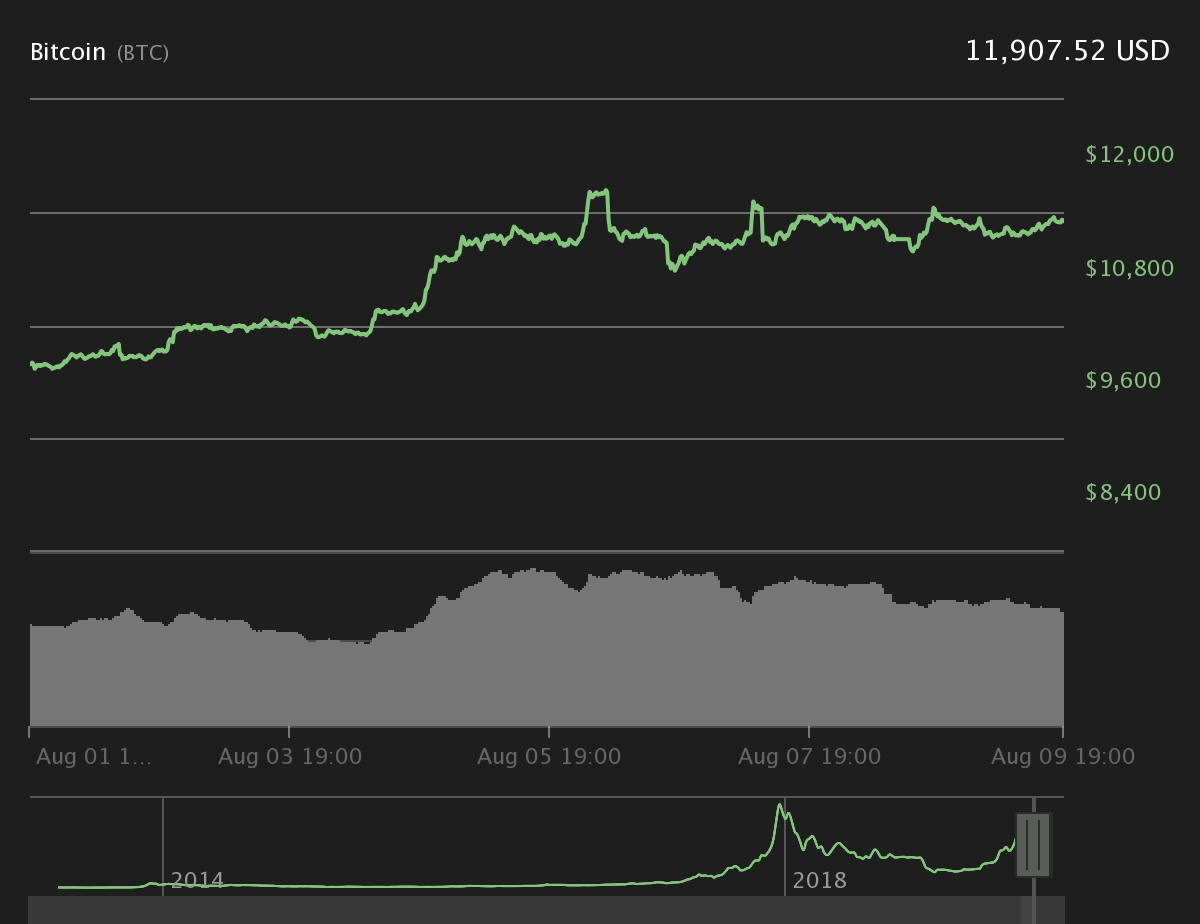 The number two cryptocurrency, Ether, is down by around 4.37% at press time to trade at $211. Over the past seven days or so, ETH rose to its peak in the middle of the week on Tuesday before sinking back down all the way through Friday.

According to a price analysis by Rakesh Upadhyay, Ether is currently sitting around its uptrend line, which it has not failed to exceed since February. However, should ETH fall below this line, this will indicate that its ongoing uptrend is over. 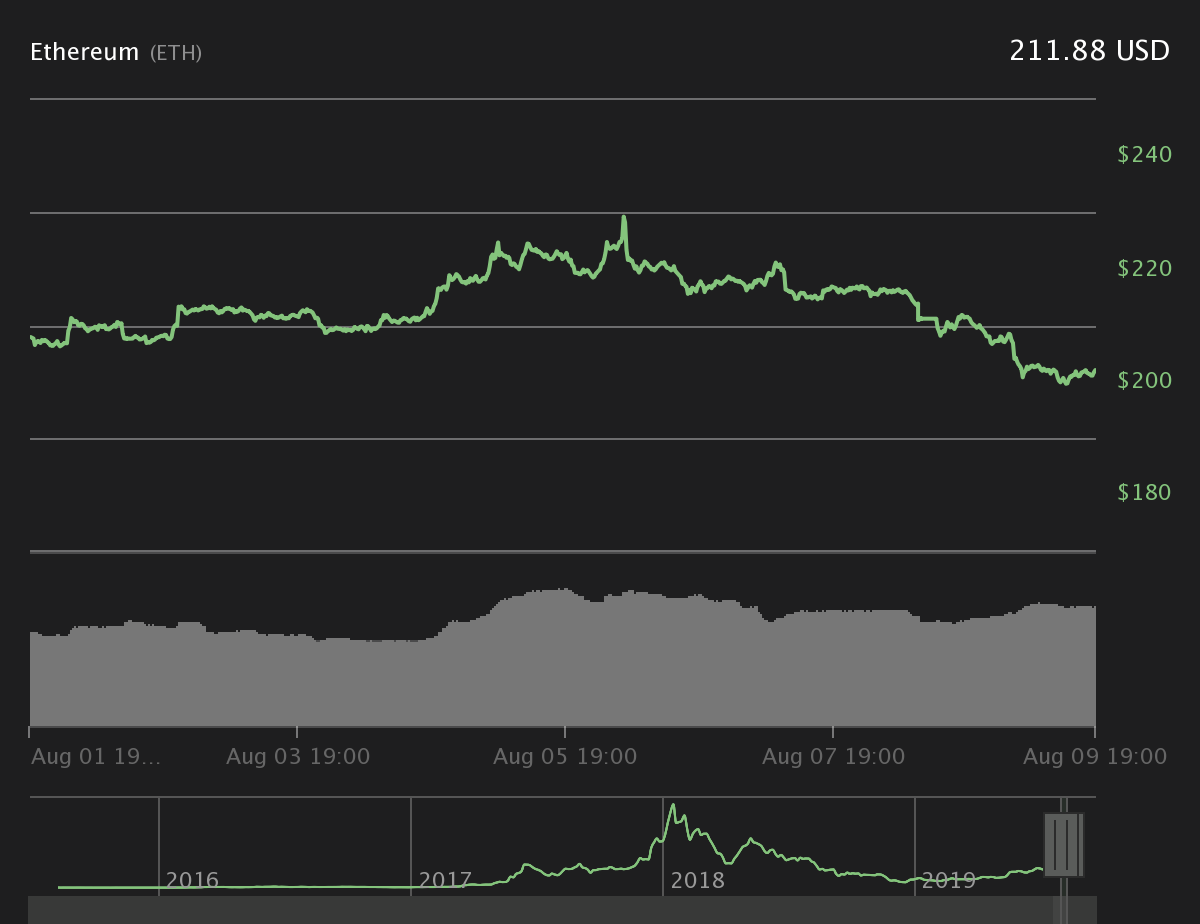 Number three cryptocurrency XRP is down by 1.96% at press time, trading just slightly over $0.303. Like ETH, XRP has seen a largely steady drop in price since Tuesday.

Ripple, the issuer of the crypto XRP, recently entered into a partnership with the American financial company MoneyGram. According to the report, MoneyGram has been using Ripple’s service XRapid, which is the company’s XRP-based instant settlement product. MoneyGram’s use of xRapid is apparently a core stipulation of their $30 million agreement. 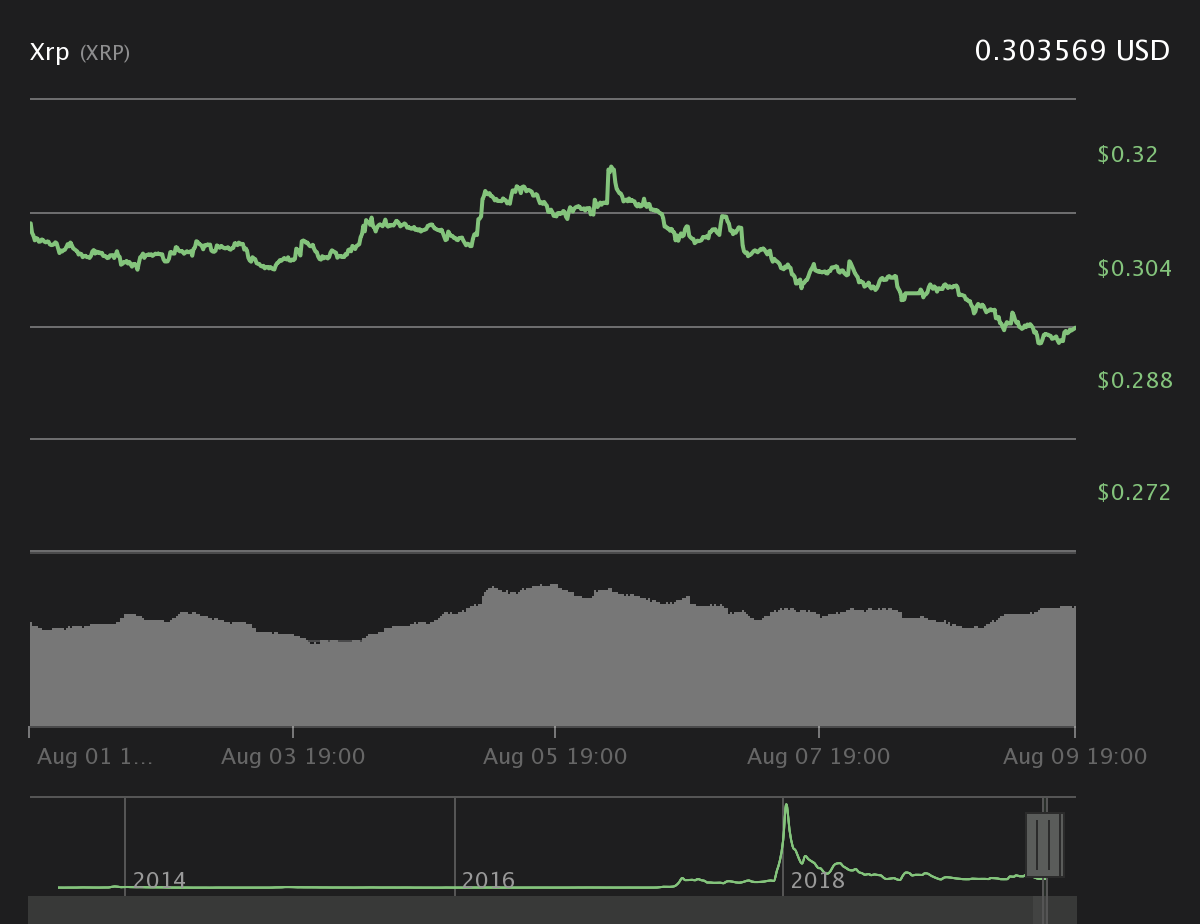 The total market capitalization of the top 100 cryptocurrencies remains over $301 billion at press time, according to data provided by Coin360’s summary table.

Major Bitcoin Milestone: Only 3 Million BTC Left To Mine