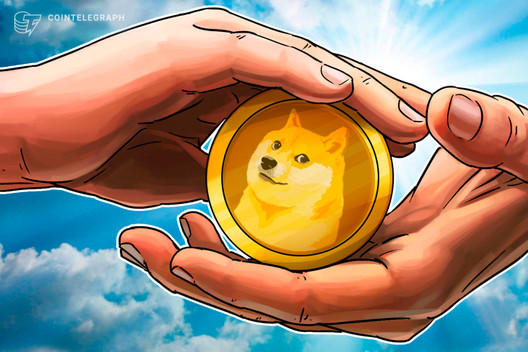 Dogecoin’s (DOGE) price has fallen notably after social media enthusiasts promoted the asset for days on Tik Tok in an effort to send the asset to $1. The escapade shows signs of conclusion according to OKCoin CMO Haider Rafique.

“The Doge/Tik Tok effect is really down to the vitality of the Tik Tok platform, more than the crypto industry, as it thrives off of creating viral challenges – a category in which this Dogecoin challenge fits,” Rafique told Cointelegraph on July 10.

“Tik Tok challenges tend to come and go in very short cycles, and looking at the 20% drop in its price in the last 24 hours, it has likely run its course already.”

A viral movement on the social media platform Tik Tok saw people buying Dogecoin while urging their viewers to do the same.

The goal of the effort — sending Dogecoin’s price to $— is a tremendous feat considering its price did not break above a penny during the challenge, according to Cointelegraph price data. During the Tik Tok movement, however, DOGE managed to double in price before plummeting back down over the last couple of days.

Other than Dogecoin’s recent price fall, other metrics also hint at the fad’s conclusion. “Google Trends also shows that searches for Dogecoin have returned to a more normal level from its viral moment on Wednesday [July 8],” Rafique said.

“We in the crypto market should be careful of these viral moments as it detracts from our long-term goal of creating a global, equitable financial system,” he added.

DOGE also saw listing on Bitfinex during the coin’s time in the limelight, potentially marking at least some form of long-term industry effect arising from the movement.

Jeff Dorman: Digital Assets Can Win in a Recession