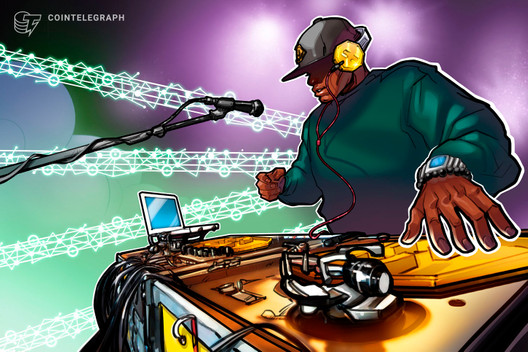 According to an announcement published by eMusic on May 26, the firm launched its token with the aim of creating a sustainable music ecosystem. The eMU crypto asset is a payment method designed to allow artists on the platform to keep more of the royalties they earn.

The firm’s president Tamir Koch said streaming had not worked out well for artists:

“Streaming has dramatically increased revenues and adoption, but the model has proven itself to be fundamentally flawed. […] Hard-up artists receive a fraction of the royalties, while intermediaries take an ever-growing slice of the pie and leading services remain loss-making.”

Transparent flow of royalties to the artists

Koch said that the eMU token creates a new commercial model that results in a fairer flow of funds between fans, artists and music services. An eMusic spokesperson told Cointelegraph:

“Blockchain enables us to decentralize music distribution so that we can unlock more revenue for artists, and provides unparalleled transparency over music consumption. The beauty of the eMU token is that it goes far beyond facilitating transactions; it also makes it possible for us to offer a number of direct-to-fan features such as instant rewards, merchandise, crowdfunding and so much more.”

The tokens can be spent on music and are guaranteed to always be enough for at least one song. Fans interacting on the platform will be rewarded with tokens for actions such as sharing music and reviews.

The tokens can also be used to crowdfund an artist’s activities, such as a tour. In the long run the token may also  be added to third party platforms.

Artists that offer their music on the platform receive 50% of the revenue they generate. While this may look like an unfair split to some, the firm said that the usual arrangements are much worse:

“Major music services are paying for the music based on revenue share, while payouts to artists are based on a per use model. This means that if you are listening to an artist on Spotify and you are paying $9.99 for the month, Spotify pays out seventy-five percent, but the artists see only a small portion of that. In the middle, you have intermediaries such as collection agencies paying out on a per-play basis to artists.”

Launched in 1998, eMusic is known for being one of the first websites to sell DRM-free MP3 music recordings. According to company data website Owler, the firm employs 278 people and has annual revenue of $65.7 million.

Will cryptocurrencies disintermediate the music industry?

Many believe that crypto assets have the potential to significantly change the music industry with their ability to cut out the middleman. Independent tech marketing and PR consultant Eric Doyle told Cointelegraph last year:

“With the ability to bypass much of the profit-taking, musicians and listeners alike are beginning to turn their attention to the ways DLT can change the industry. For example, Tune.fm is a music streaming platform that uses a cryptocurrency (the JAM token) powered by the DLT network Hedera Hashgraph. JAM enables musicians to automatically receive micropayments for every second of music streamed.”

Last Time Bitcoin Looked Like This Was Before a Crash. It’s...