Ethereum is up close to 8% and it surged above the $180 resistance against the US Dollar. ETH is likely to accelerate higher towards the $195 and $200 levels in the near term.

Yesterday, we discussed why Ethereum must surpass the 100 hourly simple moving average for a fresh rally against the US Dollar. ETH price remained well bid above the $170 level and it did break the 100 hourly SMA.

The bulls gained control and they were able to clear a couple of important hurdles near the $175 and $180 levels. Ether price even rallied above the 61.8% Fib retracement level of the main drop from the $190 swing high to $165 low.

Moreover, there was a break above a major bearish trend line with resistance near $177 on the hourly chart of ETH/USD. The pair tested the $185 resistance area and it is currently consolidating gains. 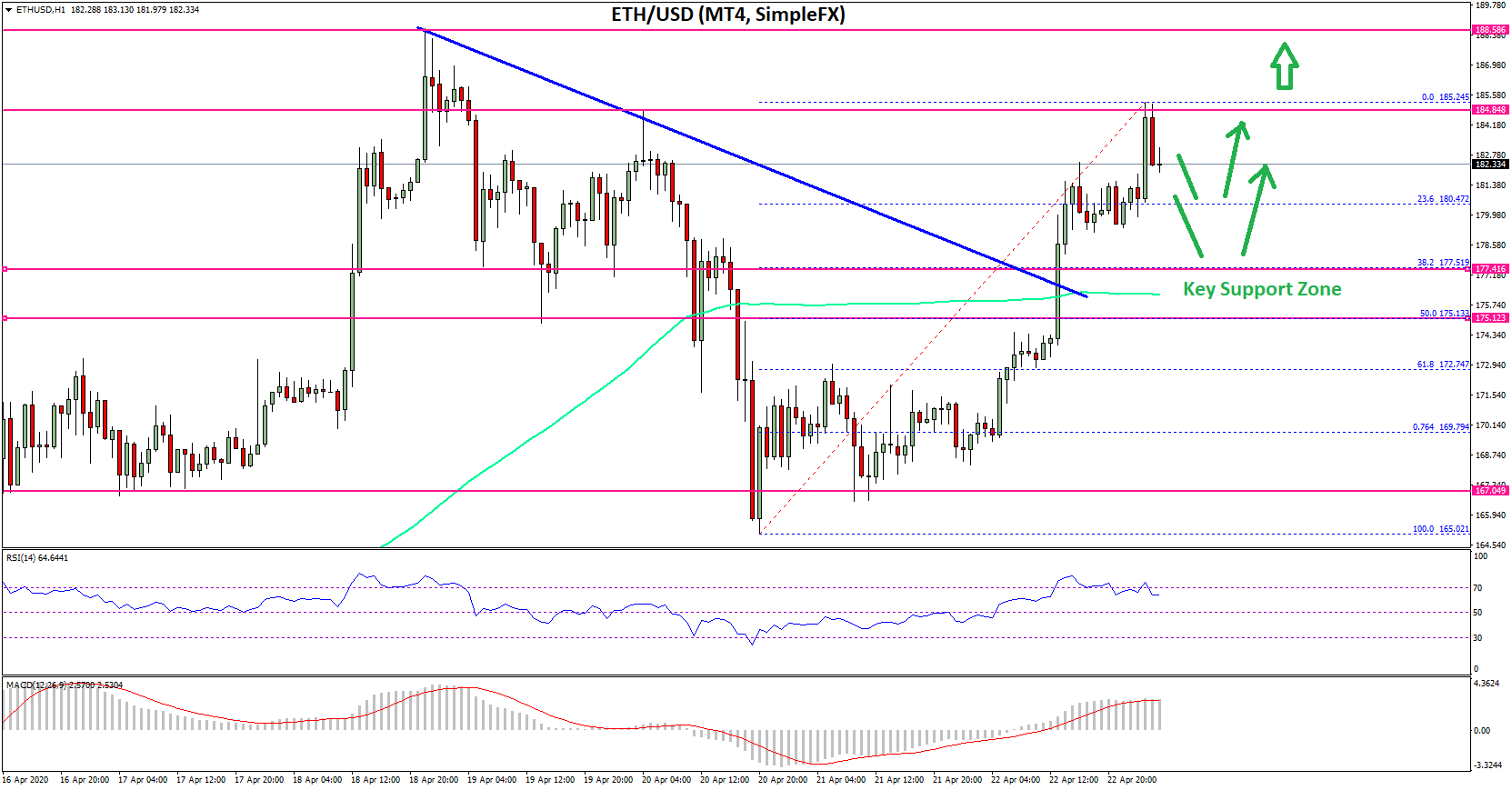 An initial support for Ethereum on the downside is near the $180 level. It is close to the 23.6% Fib retracement level of the recent rally from the $165 low to $185 high. The first key support is seen near the $178 zone (the recent breakout zone) and the 100 hourly SMA.

The main support is near the $175 level. It is close to the 50% Fib retracement level of the recent rally from the $165 low to $185 high. Any further losses may perhaps open the doors for a larger decline towards the $165 support zone

The current price action suggests Ethereum is trading nicely in an uptrend above the $180 level. On the upside, an initial resistance is near the $185 level.

Hourly MACD – The MACD for ETH/USD is currently gaining traction in the bullish zone.

Hourly RSI – The RSI for ETH/USD is correcting lower from well above the 70 level.

A $10B Firm Makes Bitcoin Its Primary Treasury Asset