Ethereum has gained what appears to be a solid foothold within the $170 region in the time following its recent upswing, with its intense outperformance of Bitcoin and most of its peers allowing it to form a highly bullish short-term market structure.

Analysts are now noting that ETH is showing some of the largest bullish divergence that it has seen in years, which could suggest an intense upswing is imminent.

The bullishness of Ethereum’s market structure doesn’t just stem from this divergence either, as the cryptocurrency has also formed a few technical patterns that could provide it with some upwards momentum in the days and weeks ahead.

At the time of writing, Ethereum is trading up marginally at its current price of $171, which is around the point at which it has been trading at in the time following its recent upswing from lows of $150.

ETH’s recent bullishness has far exceeded that of Bitcoin and most other altcoins, with many analysts pointing to its fundamental strength as shown by the recent influx of institutional funding that it experienced, as reported by NewsBTC yesterday.

While looking at the crypto’s daily chart, one popular pseudonymous analyst is noting that ETH has flipped resistance into support and could now be poised to race higher if it can post a few more closes above $168.

“ETH daily chart looks much nicer to me than BTC daily. Flipped resistance into support, need a few more daily closes over $168’s but should be good,” he said while pointing to the below chart. 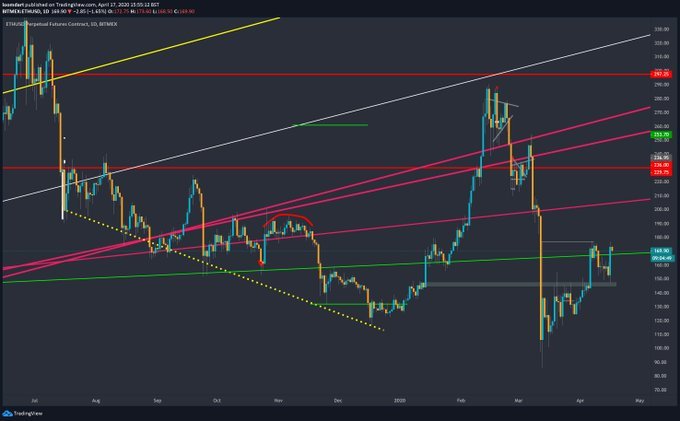 One factor to be aware of is that Ethereum has recently formed some of the largest bullish divergence it has seen in years, which could allow it to climb significantly higher in the near-to-mid-term.

Another trader spoke about this in a recent tweet, pointing to the divergence seen between ETH’s USD price and its Stochastic Oscillator, which has been trending higher throughout late-2019 and all of 2020 so far.

“Why is nobody talking about one of the largest bullish divergences we’ve seen recent years on ETH/USD,” he questioned while pointing to the below chart. 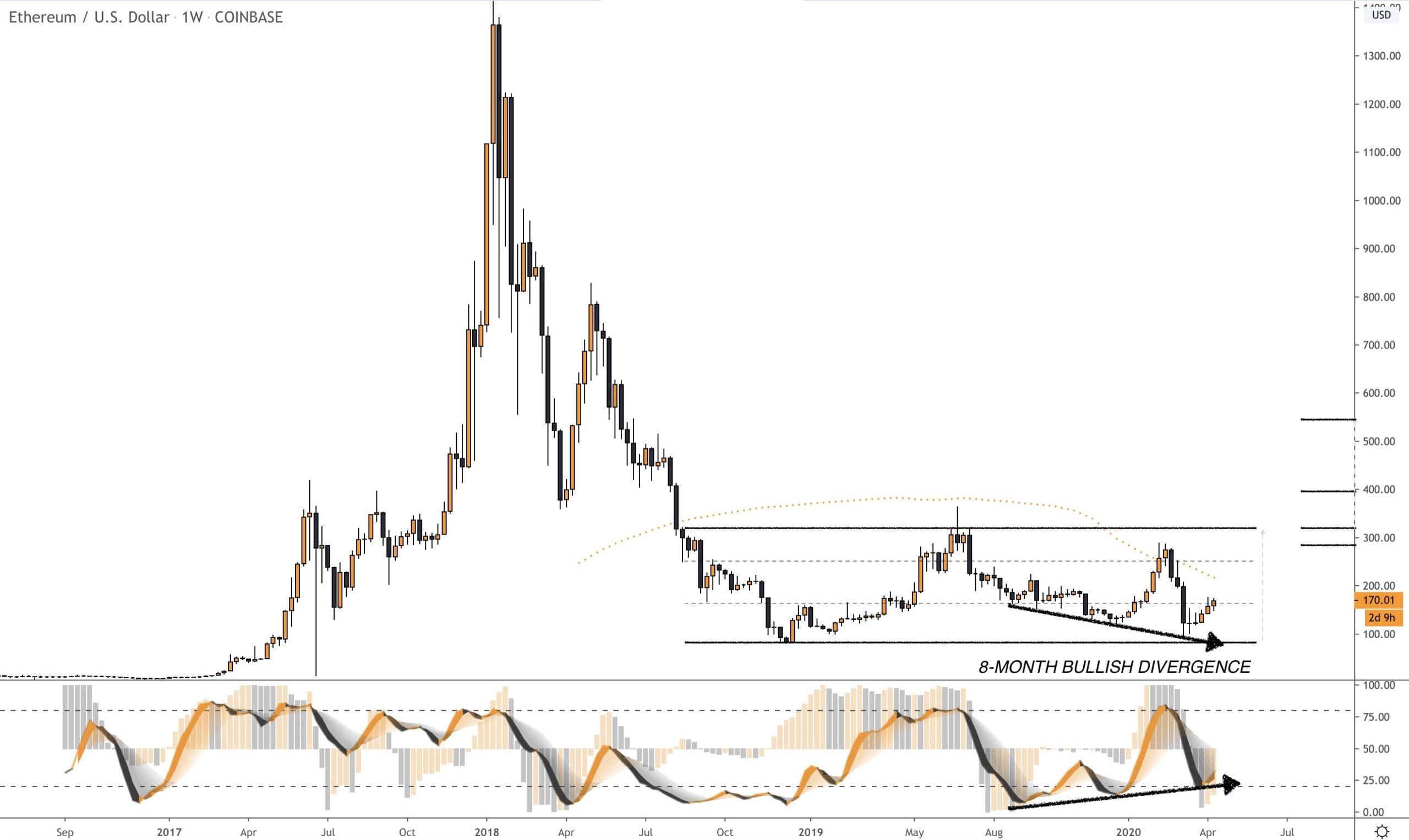 The confluence of this highly bullish divergence and its strong near-term market structure seems to suggest that a major upside movement could be imminent in the days and weeks ahead.

Huobi gets green light as exchange provider in Australia

TA: Bitcoin Price Gearing For Another Lift-Off: Rally Isn’t Over Yet