Ethereum is now inching below the lower-boundary of a long-held trading range that it has been caught within.

Despite this being an overt sign of weakness, it is important to note that the cryptocurrency is forming a market structure that is strikingly similar to that seen prior to its rally from under $200 to highs of $250 earlier this month.

If history rhymes, this could mean that it is gearing up to make a significant push higher in the days and weeks ahead.

This volatility could be triggered by the imminent expiration of a combined $1 billion worth of Bitcoin and Ethereum options.

At the time of writing, Ethereum is trading down roughly 1% at its current price of $228.60. This marks a decline beneath the lower boundary of its previously formed trading range between $230 and $250.

A sustained decline beneath this level could be grave for the cryptocurrency and may spark its next downtrend.

Whether or not this occurs will likely be dependent on whether Bitcoin breaks below its support at $9,000. It is currently trading at just under $9,300.

The fate of both Bitcoin and Ethereum’s next trend may be determined in the near-future, as $1 billion in options for both cryptocurrencies are set to expire next week. 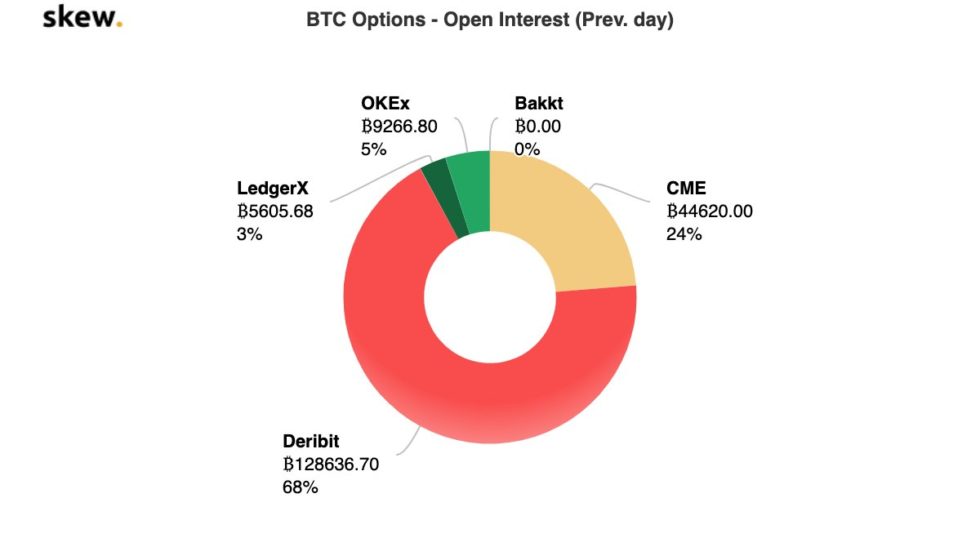 Luke Martin, a well-respected cryptocurrency analyst, explained in a recent tweet that Ethereum’s current price action is strikingly similar to that seen in May – prior to it breaking above $200 and rallying up to highs of over $250.

“For the ETH bulls: So far June’s price action is looking pretty similar to May before it made another leg higher… but it’s important to have a rule that lets you determine when the trend is fading. $225 is the line in the sand for me,” he explained. 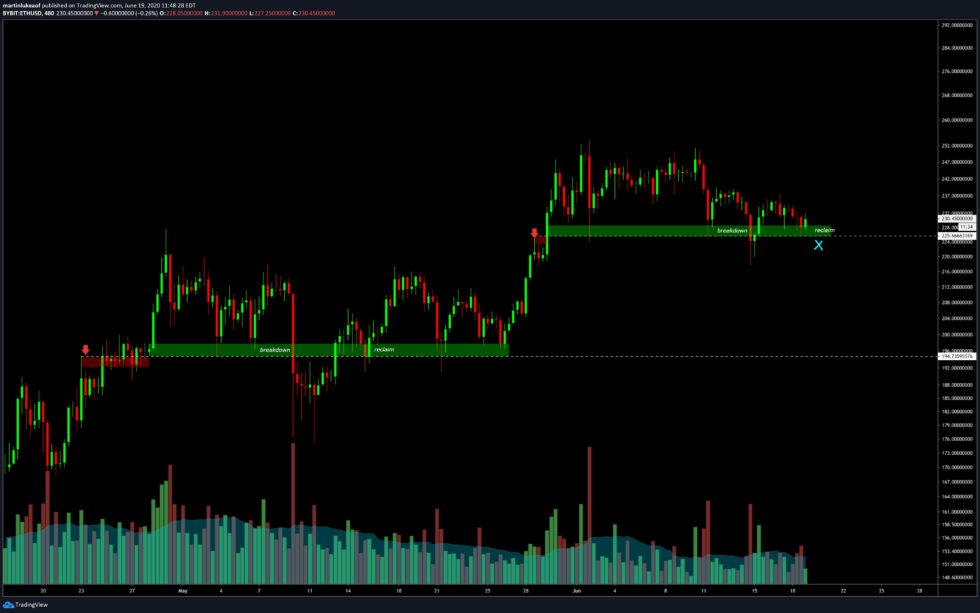 If this price structure does result in an upwards movement similar to that seen in late-May, the crypto could make an attempt to rally up towards its yearly highs of $290.