Ethereum is following a short term declining pattern from the $198 resistance against the US Dollar. ETH could spike towards the $188 or $185 support before it rallies above $200.

After a couple of failed attempts to clear the $198-$200 resistance area, Ethereum price started a downside correction against the US Dollar. ETH price seems to be following a declining pattern from the $198 resistance.

The last swing low was near $188 and the recent high was $195. The price is currently declining and testing the $192 level. The 50% Fib retracement level of the upward move from the $188 low to $195 is currently acting as a support.

If Ethereum fails to stay above the 100 hourly simple moving average, it could spike towards the $188 support. It seems like there is a key declining channel or a bullish flag forming with resistance near $195 on the hourly chart of ETH/USD. 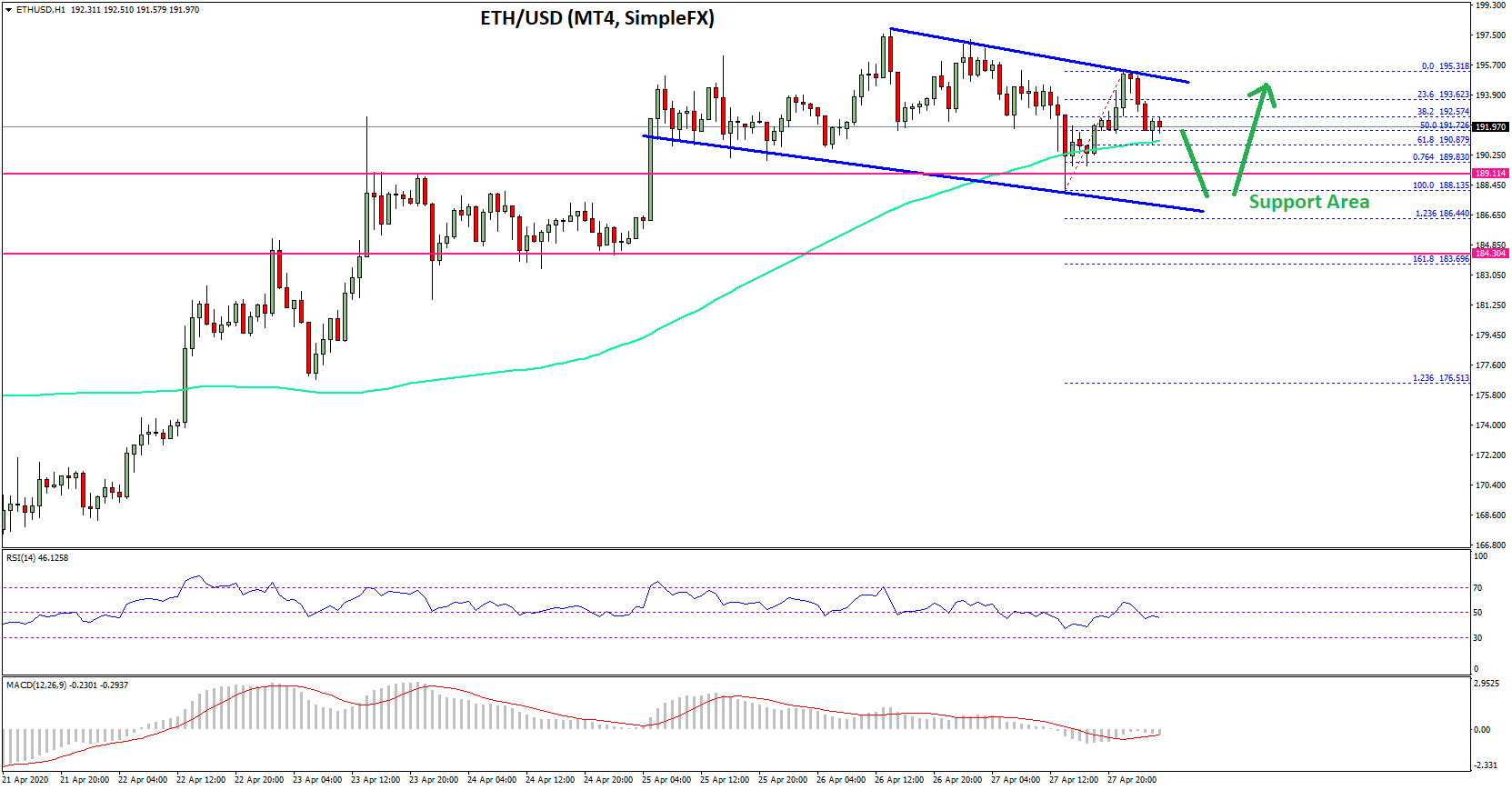 Therefore, there are chances of a downside thrust towards the $188 support or the $185 pivot zone in the short term. If Ether fails to stay above the $185 support, there is a risk of a larger downside correction.

The next major support below $185 is near the $175 level, where the bulls are likely to take a strong stand in the coming sessions.

Ethereum is still following a nice uptrend unless it settles below the $185 support. On the upside, the bulls need to clear the $195 resistance level.

Hourly MACD – The MACD for ETH/USD is about to move into the bullish zone.

Hourly RSI – The RSI for ETH/USD is now below the 50 level.