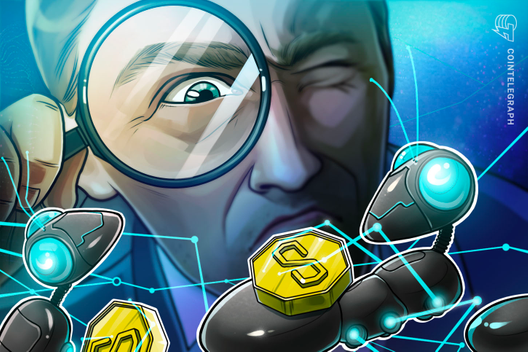 No global stablecoin project will begin operation in the European Union (EU) until the associated risks to monetary sovereignty are addressed, according to EU authorities.

In a joint statement adopted by the Council of the European Union and the European Commission (EC), the Council and the Commission admitted that stablecoins may be effective at providing cheap and fast payments, but they have far more risks and challenges.

The statement was approved by the Economic and Financial Affairs Council (ECOFIN), one of the oldest configurations of the Council, on Dec. 5, based on the data in an official document released in late November.

It’s not clear whether the new statement will somehow affect any further course of action or would become the basis for anything legally binding. Cointelegraph contacted the Council’s press officer for comment but the representatives available were evasive.

In their statement, the EU authorities have outlined multiple risks and issues associated with adoption of stablecoins — digital currencies pegged to another asset to prevent volatility usually seen in cryptocurrencies. If adopted on a global scale, stablecoins pose a threat to monetary sovereignty, the Council and the Commission argued.

As such, solving the challenges raised by global stablecoins requires coordinated efforts from global jurisdictions, the authorities noted. Moreover, entities that plan to issue stablecoins in the EU should provide “full and adequate information urgently to allow for a proper assessment against the applicable existing rules,” the statement notes.

The Council and the Commission concluded:

“No global ‘stablecoin’ arrangement should begin operation in the European Union until the legal, regulatory and oversight challenges and risks have been adequately identified and addressed.”

While pointing out a number of risks associated with stablecoins, the EU authorities noted that they welcome central banks working to assess the costs and benefits of central bank digital currencies (CBDCs) and working on providing fast and inexpensive cross-border payments.

Yesterday, the governor of the central bank of France announced the bank’s plans to pilot a CBDC financial institutions in 2020. The official stated that the bank will start testing the digital euro project by the end of the first quarter 2020.

‘I Am Not Involved With Fight to Fame or Their Countdown...