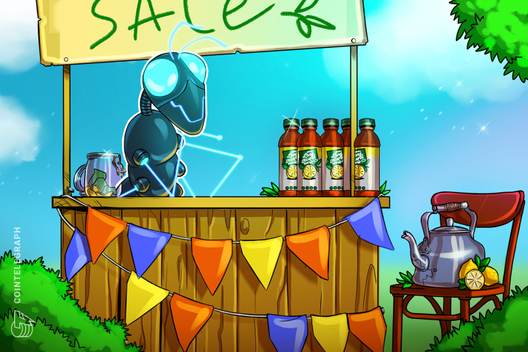 In a Sept. 20 press release, Long Blockchain announced the sale of its beverage subsidiary to Canadian firm ECC2 Ventures.

Andy Shape, CEO of Long Blockchain stated that this transaction will allow the company to concentrate its efforts on the underlying loyalty operating business, adding:

“Our loyalty platform has experienced strong growth over the past year with new and existing customers, and we look forward to building on that progress.”

The former iced tea and lemonade manufacturing company had rebranded itself from Long Island Iced Tea to Long Blockchain in the beginning of 2018, which resulted in the company’s share price rising from under $5 million to almost $70 million in a few days.

As Cointelegraph reported in April 2018, Long Blockchain was delisted from the Nasdaq for low market capitalization, while just a few months after, it was issued a subpoena by the United States Securities and Exchange Commission.

In 2017, it was not uncommon for companies to capitalize on the blockchain euphoria sweeping the globe and add the word “blockchain” to their names, despite having nothing to do with the technology.

In July, Cointelegraph reported that the United States Federal Bureau of Investigation (FBI) is looking into Long Island Iced Tea’s shift to blockchain for evidence of insider trading and securities fraud.

The FBI was seeking to expand a warrant from a different case in order to gain access to communications for their investigation into the former iced tea company. These communications allegedly included evidence that the firm was involved in a possible trading scam.

Bad Vibes from the Word 'Crypto' Have Some Calling for a...