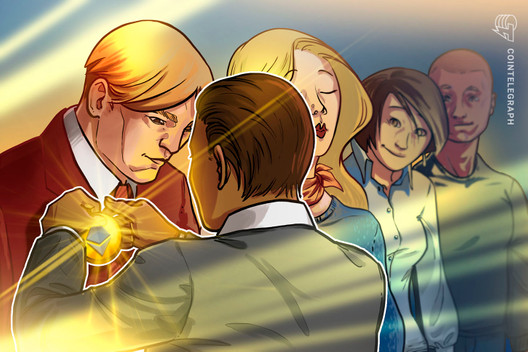 Reddit’s points were rolled out across two subreddit communities pertaining to the topics of the popular video game Fortnight (r/fortniteBR) and cryptocurrency (r/cryptocurrency) from March 13 to March 15.

Perhaps surprisingly, over 80% of wallets created on the testnet so far represent the Fortnight community.

Within three days of completing its rollout, over 10,000 users have signed up to receive Reddit’s Community Points as a reward for their activity on the popular social platform.

As of this writing, 8,666 wallets have been created to hold r/fortnightBR’s Bricks, while just 2,073 Redditors have embraced r/cryptocurrency’s Moons.

2,295 transactions have been executed by Moon wallets, while Brick wallets have produced 9,584 — producing identical per-wallet activity of 1.1 transactions per address so far.

Reddit plans to migrate its Community Points system on the Ethereum mainnet after the summer. A timeline is yet to be given for when Reddit plans to offer the crypto-based rewards to its entire 450 million user base.

While many Ethereum users have welcomed Reddit’s use of the protocol as a likely catalyst for widespread adoption, others are concerned that its Community Points could drive up Gas prices once it migrates to mainnet.