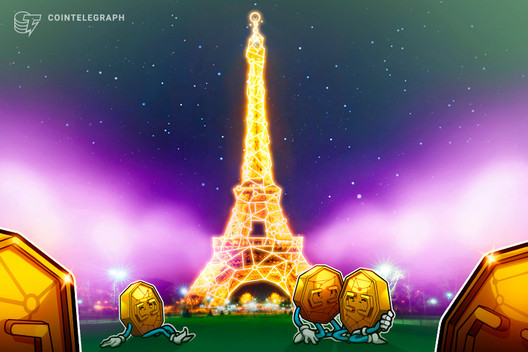 According to a June 17 announcement, ID Distribution and Groupe JRI plan to jointly issue security tokens and a Frankfurt listed bond to acquire buildings in downtown Paris. The total amount of funds to be spent, 70 million euros (about $78.5 million) will be allocated to acquire five buildings which will be then leased.

The use of security tokens is meant to strengthen the capital more so than could be achieved with traditional debt instruments. Furthermore, ID Distribution and Groupe JRI’s security tokens will feature a 6.5% yield. Tokens will be issued on a private blockchain through tokenization platform wezee.io.

ID Distribution’s CFO Christophe Kourdouly told Cointelegraph that the main advantage of tokenized securities is that they are not debt or equity diluting as opposed to traditional tools. Instead, he said that digital assets such as those “reinforce the company’s balance sheet.”

Kourdouly also noted that cryptocurrencies cannot be accepted as a means of payment for the firm’s security tokens because of compliance issues. He said that getting the security token offering approved was easy for the company, since it already has a bond listed in Frankfurt that complies with regulations.

Blockchain use in the real estate market

Newest Crypto - February 6, 2023
0
Science fiction’s sub-genre, known as cyberpunk, imagines a dystopian future in which advanced technology has overtaken society and divided it into classes for...