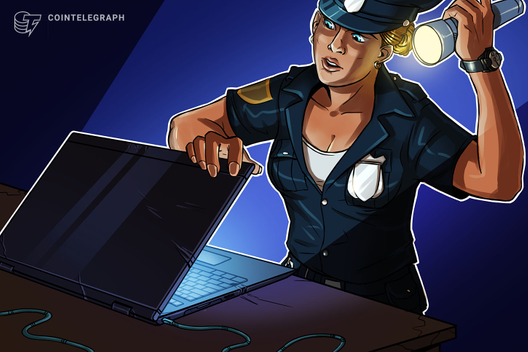 French police have shut down a massive botnet that has been used for Monero (XMR) cryptojacking.

The chief of C3N — the French police’s cybercrime unit — Jean-Dominique Nollet spoke on France Inter radio about the power of a botnet this size, saying:

“People may not realise it but 850,000 infected computers means massive firepower, enough to bring down all the (civilian) websites on the planet.”

Unknown hackers reportedly availed themselves of this large network to install a program to mine the security-focused cryptocurrency XMR without the users’ permission. Additionally, bad actors used the malicious network to extort money via ransomware, and also to steal data from Israeli hospitals and patients.

The French police were able to find the botnet’s server, which was located in Paris, and disinfect the hundreds of thousands of affected computers by redirecting the virus to a harmless destination on the internet with the help of the United States Federal Bureau of Investigation or FBI.

However, the botnet operators have not been apprehended at the time of publication. They are reportedly believed to have made millions of dollars from illicit activities, which began back in 2016.

As previously reported by Cointelegraph, the cybersecurity company Varonis recently discovered an unusually stealthy XMR miner that turns itself off whenever a user launches task manager. The researchers believe that this XMR miner also originates from France, or a French-speaking country. They based their hypothesis on the presence of French terms in the code, as well as French comments in the self-extracting archive file.

Can LUNA Hit $170? This VC Thinks It Has The Fundamentals

The Truth About Bitcoin and Hezbollah in Lebanon