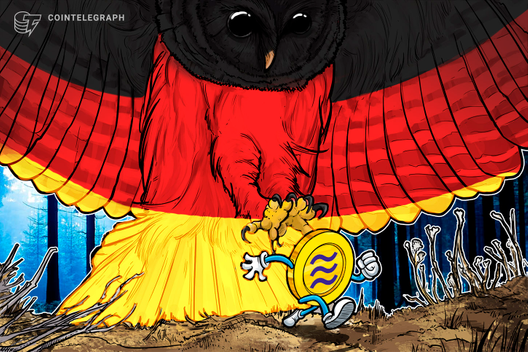 The government of Germany has spoken against the authorization of the development of Facebook’s forthcoming Libra stablecoin in the European Union.

As German weekly news magazine Spiegel reported on Sept. 13, the Christian Democratic Union (CDU) parliamentarian Thomas Heilmann — who is responsible for the blockchain policy of the CDU and Christian Social Union in Bavaria set to be approved later in September — the government will deny projects like Libra.

“Not to allow market-relevant private stablecoins”

Heilmann stated that it was agreed in the grand coalition “not to allow market-relevant private stablecoins.” He further explained:

“Up to now, the economy has done a great job in countering crises and inflation with measures taken by central banks. Once a digital currency provider dominates the market, it will be quite difficult for competitors.”

The report, however, notes that in its blockchain strategy the federal government envisions the development of a state-run digital currency.

Heilmann made his statement on the heels of French Finance Minister Bruno Le Maire’s allegation that Europe should consider its own “public digital currency” that could challenge Facebook’s Libra.

At a meeting of EU finance ministers in Helsinki, Le Maire said that he would be discussing the potential for a European public digital currency with his counterparts on the continent next month. He also reiterated his concerns that the proposed Libra stablecoin could pose risks for consumers, financial stability and even “the sovereignty of European states.”

Switzerland is open to Libra

Contrary to Germany and France, Switzerland’s Financial Market Supervisory Authority director Mark Branson said on Sept. 12 that the agency is open to international cooperation and oversight of the way in which it regulates Facebook’s planned cryptocurrency network.

Branson stipulated that Libra’s global significance can only be tackled through international coordination and consultation, and added:

“Such a ‘beauty contest’ did not exist. Our first contact with the initiators took place after the decision for Switzerland had already been made and communicated. That’s positive. The ‘jurisdiction shopping’ you alluded to would be very sensitive. It would put pressure to get as loose as possible standards.”