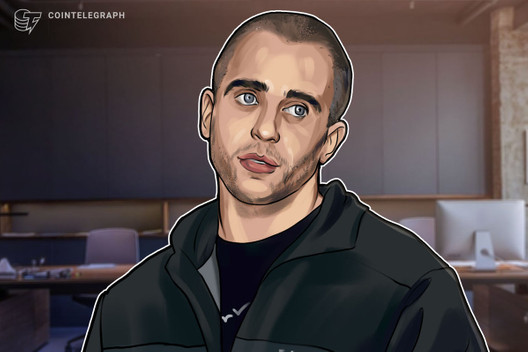 “There is a devaluation of currency,” Pomliano said in his July 18 livestream. “The whole secret to building wealth is to get out of cash and get into assets that are denominated in dollars that will continue to go up in value over long periods of time — stocks, real estate, gold, Bitcoin, all this stuff.”

Assets up while the economy struggles

COVID-19 prevention measures have caused economic stalling and job losses. As part of corrective measures, the U.S. government has pumped money into the country, printing and giving away money, as detailed by Pomliano. U.S. corporations and billionaires have reaped the benefits, receiving mass bailouts, he explained.

“You have to get out of cash,” Pompliano said, urging people to flee into other assets. “Don’t fight the Fed,” he noted, referring to the U.S. Federal Reserve.

Inflation has ravaged the U.S.

The past half a century reveals large-scale inflation in the U.S. as seen when compared to gold. A chart of the stock market showing the past several decades of price action reveals a 45-degree angle upward, meaning markets have essentially risen significantly over time when valued in dollars, Pompliano explained.

When valued in gold instead of dollars, however, the same stock market chart shows a declining trend over the last 49 years or so, revealing a devalued dollar instead of higher valued stocks, said Pomp.

Among the assets Pompliano mentioned, Bitcoin in particular, by nature, holds inflation protection against itself. Only 21 million Bitcoin (BTC) will ever exist, based on the asset’s original code. As world governments print increasing amounts of paper money, Bitcoin’s supply remains constant, making it a type of hedge.

Pompliano has also argued Bitcoin as a non-correlated asset on many occasions, positing the digital asset journeys a price path independent of traditional markets.

Top 5 cryptocurrencies to watch this week: BTC, ETH, NEAR, MANA,...