Ghana is maintaining a cautious approach to cryptocurrencies despite its central bank’s plans to launch a digital currency in the new year. Over the past five years, the West African country has become the fastest-growing mobile money market on the continent. The burgeoning number of mobile money users is proof that digitized payments systems are providing a means for people to become financially active.

According to a 2019 economic analysis by the World Bank, the number of registered mobile money accounts in the country exploded from just 3.8 million to 23.9 million between 2012 and 2017. 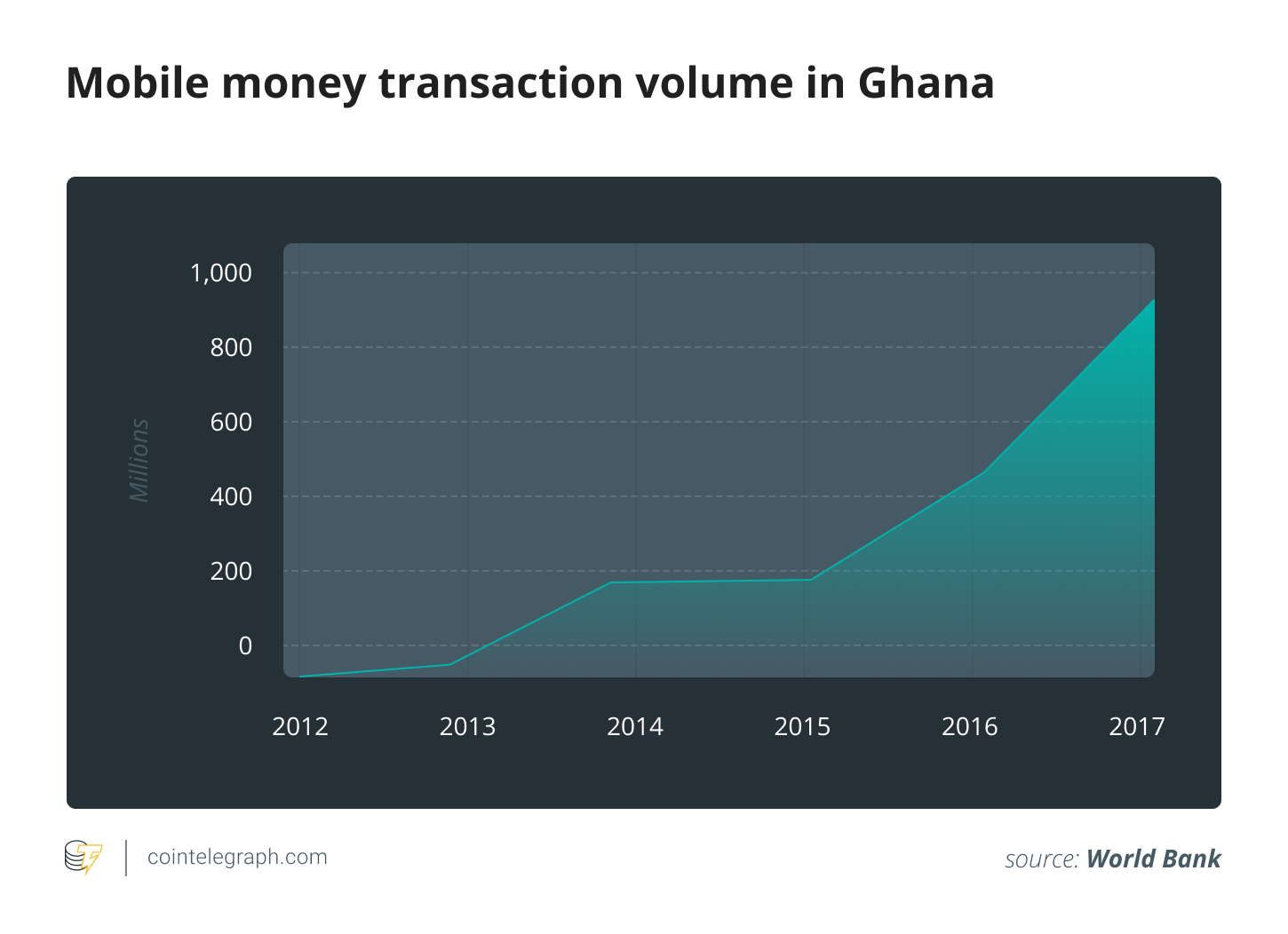 The statistics alone speak volumes to the power of mobile networks in providing a means for previously unbanked or financially-excluded people to transact money remotely. Mobile phones are giving a large number of Ghanaians the chance to become financially active without having to use cash or card services.

The move to mobile payments has not gone unnoticed by the country’s central bank. At the end of November 2019, the Bank of Ghana announced plans to explore the use of a central bank digital currency in the new year.

Bank of Ghana governor Dr. Ernest Addison revealed that the bank has been working on a pilot project with a number of stakeholders to test the issuance and use of a digital currency. The announcement was made at Ghana’s National Banking Conference at the end of November. The move is an effort by the nation’s authorities to stay abreast of the increasing volume of mobile money users in Ghana and drive the digitization of its financial sector.

The surge in popularity and users of mobile money services in the country does not necessarily mean that blockchain technology and cryptocurrencies are enjoying the same level of success in Ghana.

Cryptocurrencies are currently unregulated in the West African nation, and there are no laws governing their use — a fact which has been confirmed by the Ghana Securities and Exchange Commission to Cointelegraph.

While the sector remains unregulated, the Ghana SEC issued a public warning to investors in March 2019. The note cautions investors to do their due diligence when dealing with unregistered or unlicensed trading platforms touting “high returns on investment.”

In its warning letter, the SEC listed 24 cryptocurrencies that have gained prominence worldwide, including BTC, ETH, LTC and XRP, while clearly stipulating that cryptocurrencies are not recognized as legal tender in the country.

When asked for a general gauge of the level of interest in cryptocurrencies in Ghana, the SEC’s policy research department manager, Frank Donkor, told Cointelegraph that an in-depth market study has yet to be undertaken:

“We have not conducted a market survey to determine the interest in cryptocurrencies, however, as indicated in the public notice, people are attracted to it because of the promises of high returns on their investments.”

Donkor also dismissed various reports earlier this year by local media outlets that suggested the local SEC would consider licensing the use of cryptocurrencies. This will continue to remain a barrier to entry for cryptocurrency users in the country according to the official:

“There are no legislations backing the trading and use of cryptocurrencies in Ghana. Thus investors who tend to invest in such currencies or assets may be doing so at their own risk and are not protected under the Securities law regime in Ghana.”

There seems to be a certain amount of apathy toward cryptocurrencies and blockchain technology in Ghana, evident in the blanket statement and public warnings issued earlier this year. The Ghana SEC’s belief that a major drawcard for using cryptocurrency is the promise of high returns on investments suggests that the body could be lacking knowledge about the technology and efficacy of the systems underpinning cryptocurrencies like Bitcoin and Ethereum.

Omar Majdoub, president of registered non-profit organization Blockchain Society Ghana, believes that the general populace as well as policy makers in the country are ill-informed about the basics of cryptocurrency and blockchain technology.

According to Majdoub, there is a growing interest in the sector in the country, but misinformation has led many people to perceive all cryptocurrencies as fraudulent money-making schemes. He added that there is curiosity toward the applications of blockchain technology, but actual adoption of the technology is low.

Unsuspecting investors around the world have been duped by various crypto scams, and Ghana’s people are no exception. Majdoub suggests that an effort to protect the Ghanaian public from similar situations has led to the negative perception toward the sector in 2019:

“I believe government authorities are mostly under informed about cryptocurrencies, and Blockchain Society Ghana hopes to rectify that by having more dialogue. We hope to clarify the legitimate uses of crypto and how to distinguish from scams.”

Will Ghana’s CBDC be blockchain-based?

What remains to be seen is whether the Ghana Central Bank’s digital currency will be developed using blockchain infrastructure. Cointelegraph reached out to the Bank of Ghana to clarify the details of the pilot project for its central bank digital currency, but has not received an official response on the matter.

Given the current stance of the Ghanian SEC and its central bank, it seems unlikely that the project will be based on a blockchain platform. At the same time, the explosion of mobile money users in the country suggests that the medium could be a prime candidate to provide the infrastructure for the planned central bank digital currency.

Nevertheless, the possibility of an e-cedi being issued and available to the public in Ghana is a positive step toward providing a regulated, digitized form of payment in a country that has traditionally struggled with soaring inflation.

2021 a Perfect Time For Ethereum, Decentralized Exchanges to Boom