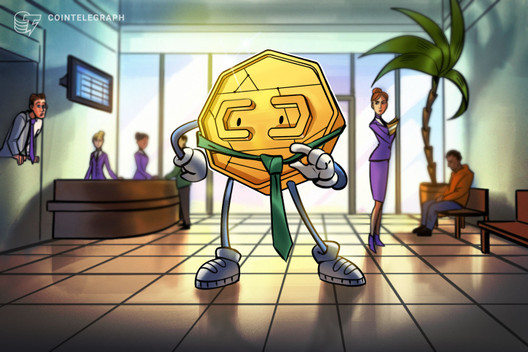 The Official Monetary and Financial Institutions Forum (OMFIF), an independent global think tank for central banking and economic policy, announced the launch of its Digital Monetary Institute earlier this month.

The OMFIF itself has already been publishing in-depth reports on digital currency and CBDCs since 2018. Regarding the key focus of the new Institute, Bhavin Patel, OMFIF’s head of fintech research said:

“We believe there will be more central bank digital currency projects in the next few years, both on the wholesale and retail sides of the market and in many jurisdictions including the euro area.”

The founding members of the institute include policymakers, technologists, financiers and regulators, along with some blockchain-focused companies like Cypherium, who also recently joined the Microsoft for Startups program.

Patel explained that such companies “bring technical expertise to an on-going conversation among policy-makers and financial analysts.”

Considering all points of view

Like its parent organization OMFIF, the Digital Monetary Institute plans a regular program of meetings and forums, at which its public and private sector members can discuss relevant issues.

Recent attendees of OMFIF roundtable discussions have included senior representatives of the European Central Bank, the Bank for International Settlements, along with Central Banks from Europe, Japan, China and Australia.

Cypherium CEO Sky Guo explained the benefits of having access to so many key economists and financial policy-makers:

“Through the Institute’s events and conferences, we can explore practical and detailed ways in which Cypherium’s technology may benefit our global financial systems. The world and markets are ever-changing, and we are in uncertain times. Blockchains have become one of the indisputable innovation engines of our time, and they will certainly help us navigate toward a more prosperous future.”