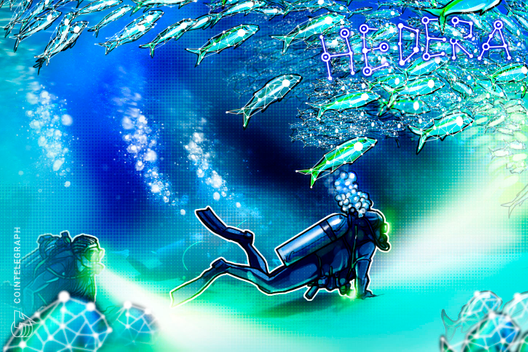 Hedera Hashgraph, a decentralized public network targeting enterprises and claims to be capable of processing 10,000 cryptocurrency transactions per second (TPS), has publicly launched its beta mainnet this Monday.

Despite the project’s governing council attracting membership from major multinational corporations — including IBM and reportedly Boeing — some analysts are expressing skepticism regarding Hedera’s representation of Hashgraph’s purported performance.

Hedera first launched on March 13, 2018, with the project then comprising just a white paper and the Hashgraph consensus algorithm. Describing itself as a third-generation distributed ledger technology, the Hashgraph algorithm is described as a protocol that allows a network to reach consensus regarding the execution of transactions and the operation of smart contracts with greater speed and efficiency than a blockchain.

Hedera raised $124 million in three rounds of funding via simple agreements for future tokens (SAFTs). Roughly 1,000 participants in Hedera’s SAFTs will be given HBAR tokens when the mainnet is launched. Hedera will be releasing its HBAR tokens in batches.

Hedera claims that its Hashgraph is capable of processing more than 10,000 cryptocurrency transactions per second, at the cost of approximately $0.0001 in fees per transaction. The company also estimates that transactions take between three and five seconds to confirm.

Hedera confirms and broadcasts transactions utilizing a “gossip” protocol. Data on Hashgraph are “gossiped” to a small number of randomly selected nodes on the network, from which the information is further gossiped among other nodes, eventually creating a complete record of the transactional history. According to Hedera, the gossip protocol allows transactions to be broadcast with significantly greater speed and efficiency than proof-of-work (PoW) chains:

“Using a gossip protocol, nodes efficiently and rapidly exchange data with other nodes in the community. This automatically builds a hashgraph data structure using the novel ‘gossip about gossip’ protocol. This data structure is cryptographically secure and contains the history of communication in a community. Using this as an input, nodes run the same virtual-voting consensus algorithm as other nodes. The community reaches consensus on the order and timestamp without any further communication over the internet. Each event is digitally signed by its creator.”

Baird claimed that Hashgraph offers greater fairness than PoW, which he likened to a lottery, asserting that Hedera transactions will be broadcast and timestamped in chronological order according to when a transaction was first passed on to Hashgraph.

Two-thirds of Hedera’s nodes are required to have confirmed a transaction before it is broadcast. Baird also claims that the lightweight efficiency of Hashgraph facilitates the operation of a full node using the processors found in cell phones.

Hedera to be governed by 39-member council

Hedera will be directed by the Hedera Governing Council, an entity that consists of up to 39 term-limited members comprising major organization and enterprises. Terms will last up to three years, with members allowed no more than two consecutive terms. According to Hedera’s website, the council members will represent up to 18 different industries.

The council is set to comprise 10 members at launch, with three members to be afforded two votes initially due to Hedera’s belief that 13 votes offer greater security than 10 — despite Hedera’s website also stating that all members will be afforded “an equal vote on network and platform decisions.”

At launch, Hedera will offer user four main services: a cryptocurrency service, a smart contracts service, a file service and a consensus service — which in turn has a cryptographic timestamping service implicitly built-in. All third-party applications built on Hedera will be afforded asynchronous Byzantine fault tolerance.

Hedera claims that Hashgraph is capable of hosting stablecoins, financial markets and exchanges, and even real-time games. Hedera can also be used for encrypted messaging through the use of short-term private keys.

Hedera’s website states that more than 500 companies and developers expressed an interest in building third-party applications using Hedera, including companies representing the advertising, banking, supply chain, energy and health care industries, among others.

On Sept. 3, Eric Wall, the former cryptocurrency lead at Cinnober, published an article titled “Hedera Hashgraph — Time for Some FUD,” which took aim at several of the core claims made by Hedera.

In rebuttal of Hedera’s criticism of the slow speeds associated with PoW chains, Wall asserted that Hashgraph-level latency can be achieved with PoW through the use of sidechains, suggesting:

“You can have a consortium of nodes controlling a bitcoin multisig wallet where you deposit your coins, where >2/3 of the nodes are required to sign off on transactions made within the wallet and before they can leave the wallet. This is what Blockstream’s Liquid is (which runs on a 1 minute block time, and reaches finality at the 2nd block).”

For example, one could run the open-source XRP codebase using a Bitcoin sidechain to achieve the same transactional speed and security as Hedera Hashgraph. Wall added that the adoption of preconsensus, as with Bitcoin Cash’s planned Avalanche update, could also be used to achieve comparable latency to Hedera Hashgraph. Preconsensus necessitates that mining pools come to consensus in advance regarding which transactions to include in the next block, with any miners who deviate from consensus being orphaned and losing block rewards.

Wall also refutes Hashgraph’s purported superior efficiency when compared with PoW. Wall argues that while Hedera Hashgraph does not contain blocks, it does relay messages — which contain one or several transactions. Unlike with a blockchain, the message senders are different from the nodes, with senders typically comprising entities from outside the network seeking to get their transactions confirmed by Hedera’s nodes.

While hashes broadcast across the network only one or two bytes each, signatures are 64 bytes — significantly greater than the 6 bytes per transaction ordered on the Bitcoin blockchain. Wall went on to state:

“Apart from those 6 bytes per transaction necessary to order the transactions into a block, Bitcoin only emits ~80 bytes of data every ten minutes for consensus to be reached. This is a bizarrely little amount of data, compared to Hashgraph that gossips about gossip constantly and attaches 64 bytes of signature data every time a node gossips.”

Comparison between Hashgraph and Ethereum

Some can argue that Hedera has made a fallacious comparison between its performance and that of Ethereum, pointing to Hedera’s claim that Ethereum is only capable of processing roughly 12 transactions per second while Hashgraph can purportedly process 10,000.

Hedera’s white paper suggests that the number of transactions that Hashgraph can process is only limited by the bandwidth available to each node on the network. However, analysts have argued that bandwidth is not the bottleneck on the speed at which transactions are processed by the Ethereum Virtual Machine (EVM).

Further, as Hedera is cloning the EVM to underpin its smart contracts service, Hedera fails to address the bottlenecks limiting the speed of Ethereum transactions — which instead comprise the inefficiencies inherent to the EVM and solid-state devices. Wall, for example, asserted:

With regard to Hashgraph’s purported ability to process 10,000 cryptocurrency transactions per second, these “transactions” are not processed by the EVM. Rather, the figure refers to “dumb account-to-account token transfers.”

Looking at Hedera’s performance claims in finer detail reveals that Hashgraph can only process 10 transactions per second for “other services” — indicating that Ethereum is able to process more smart contracts per second than Hedera.

Hedera’s fine print also notes that Hashgraph’s performance estimates are for “transactions not requiring a transaction record,” which will instead generate a “transactions receipt” that does not contain state proofs. As such, regarding Hedera’s purported performance of 10,000 transactions per second, Wall concluded:

“They’re just counting how many times per second a node can claim that it received a transaction, but it comes with no assurances and is basically just a trusted API.”

In a response posted to Hedera’s Medium account, Hedera’s technical lead, Paul Madsen, acknowledged that the throughput of transactions will decrease as a result of numerous requests for state proofs being placed on the Hedera network:

“If a state proof is requested for each and every transaction (rather than the lighter receipt) then a greater portion of the network’s resources will be expended responding to queries than in processing the transactions into consensus and the overall throughput may be decreased.”

However, Madsen argued Hedera’s planned mirror network will offload the burden of responding to queries and allow nodes to exclusively focus on consensus.

Chainlink is Setting Up for a Move Higher as Bullish Signs...