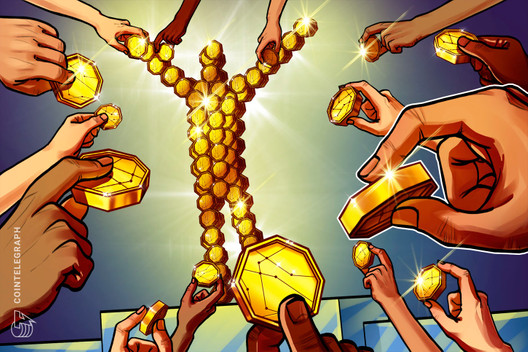 Over the last two years, the cryptocurrency industry has gone through a paradigm shift, as developers, projects and users have begun applying blockchain technologies to ever more innovative and intriguing use cases.

Among these, the tokenization of entertainers, sports stars and big personalities stands out as one of the most unusual recent trends because traditional sports, entertainment and modern technologies like blockchain seem like an unlikely pairing. However, the tokenization of sports contracts, intellectual property in sports, stars and players is actually the logical next step in the evolution of blockchain use cases.

What is tokenization exactly?

In a sense, blockchain tokenization is a way of creating a digital representation of a right, using a blockchain ledger (the right can be the ownership of an asset or any type of tradable rights). Similar to the way that stablecoins, like Universal United States Dollar (UPUSD) and Tether (USDT), represent the ownership of one asset worth one U.S. dollar held by Tether somewhere, tokenized rights represent rights in/from systems.

These digital representations of tradable rights, known as tokens, can be easily transferred between individuals just as easily as sending a Bitcoin (BTC) payment, essentially allowing anybody to buy, sell and trade the ownership of practically anything without having to go through any market hosts and the original token issuers. Therefore, they highly reduced the market frictions. Furthermore, tokenized rights can be integrated across systems, allowing limitless integration.

Nonfungible token smart contracts have been used to tokenize real estate, art, stocks, cars, and more; it is rapidly gaining popularity as a way to bring sports personalities and celebrities closer to their fans, while potentially opening up exciting new avenues for investment and entertainment.

Perhaps the most prominent example of a tokenized sports contract occurred earlier this year when professional basketball player Spencer Dinwiddie tokenized part of his $34-million contract with the Brooklyn Nets, creating a unique tokenized investment opportunity, which was done on a platform known as Dream Fan Shares.

In essence, Dinwiddie split a chunk of his Brooklyn Nets contract into 90 separate SD8 Professional Athlete Investment Tokens, which can be purchased by accredited investors for $150,000 each. By doing this, Dinwiddie is able to access up to $13.5 million of his three-year, $34.4-million contract upfront, while investors are provided a tokenized bond that pays out 4.95% APR — paid out as a single bullet payment at maturity.

By providing an interest rate of 4.95%, Dinwiddie’s three-year bond pays out far more than most other financial instruments and certainly more than most government or corporate bonds, giving investors the potential to generate lucrative returns, while Dinwiddie can extract money from his contract much faster than otherwise possible.

Dinwiddie is currently the first big name to use the Dream Fan Shares platform to launch his own tokenized debt instrument, but there are plans to launch a similar token for both famous artists and influencers — opening up an even wider range of stars to decentralized investments.

The potential to bring fans and their favorite athletes closer together through tokenized investment models goes well beyond simply securing an attractive interest rate for investors. Imagine being able to contribute to a tokenized sponsorship for an up-and-coming athlete and then later share in his or her success, or even outright own part of a popular team — gaining a say in how it operates and the revenues it brings in.

Tokenization in the sports industry is still very much in its infancy, and the kinks are still being worked out. However, a number of platforms offering tokenization services have begun to crop up, offering more exciting use cases.

Among these, the recently launched Socios platform stands out as one of the most successful examples. Through Socios, sports fans are able to purchase a special type of cryptocurrency, known as Fan Tokens, that confers voting rights to holders, allowing them to help make decisions that affect their favorite sports teams. Holders may also be in a position to benefit from a range of special incentives, such as VIP experiences, meeting the players, guided tours, and more.

Through this system, Socios allows fans to truly feel like a part of the club, but they still don’t benefit from the financial success of the team. Because of this, Socios fan tokens are not considered security tokens. Therefore, you don’t need to be an accredited investor to get involved.

Token Stars takes a completely different approach to celebrities and tokenization. Token Stars bills itself as “the first celebrity management platform on the blockchain,” and that’s exactly what it is. Through the platform, celebrities can host their own initial coin offering, allowing themselves to essentially divide their time into tokenized blocks that can be redeemed for activities like an after-party with fans, Skype shows, one-on-one training, among other things.

The flexibility of this system can be adapted to practically any use case, allowing both stars and their fans to establish what each token represents and how it can be redeemed. It can also be used to tokenize performance, allowing players to bankroll themselves at a tournament like the World Series of Poker. In addition, users have the chance to sponsor their favorite players or teams at prominent events, for example, Major League Gaming, and to earn a chunk of the proceeds if their star or team performs well.

Where is the tokenization industry headed?

This allows for the formation of entirely new asset classes that were impractical or simply impossible to create prior to the advent of blockchain technology, potentially unlocking hidden troves of wealth stored in physical possessions; creating new investment models that can be accessed by anybody; and allowing brands to become far more decentralized entities.

The future of the tokenized asset industry is clear. Anybody or anything with significant potential to accrue value over a fixed period has the opportunity to be tokenized and sold over the internet. This could be anything, ranging from celebrities to online personalities, up-and-coming athletes, brands, companies, patents, and just about anything that has an attributed value.

With that in mind, now is the time to lay down the framework that will keep investors safe — enabling everyone to participate in the new token economy without running the same risks that burned many investors during the recent ICO craze.

Victor Zhang is the CEO and co-founder of AlphaWallet. He has spent the past five years working to transform the way banking and blockchain technology intersect. Prior to his venture into blockchain technology, Zhang worked for 17 years in international business in Asia and Australia.