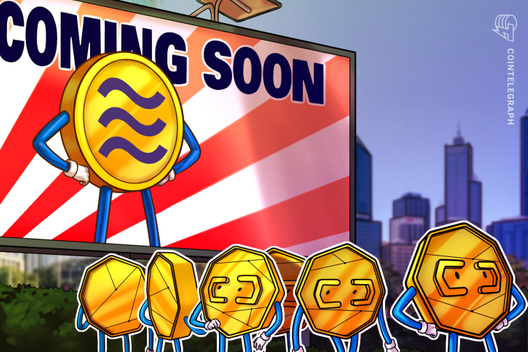 Over the past few days, a number of Libra-related announcements have been made — only, they weren’t from Facebook, the Libra Association, Calibra wallet or any other party involved in its development.

Related: What Is Libra? Breaking Down Facebook’s New Digital Currency

Libra has been making waves since its white paper was released in mid-June, prompting regulators across the world to form global task forces, United States legislators to hold multiple hearings in the Senate and crypto firms to roll out competing projects.

However, Libra itself is still far from seeing the light of day: Its initial release is scheduled for 2020, but given the scale of regulatory backlash it has been facing, the future of Facebook’s crypto venture is hardly set in stone. Nevertheless, just two months in, its influence on the space is already palpable.

Libra and the regulatory splash

Libra, a stablecoin-like digital asset and a blockchain-based financial infrastructure project, was officially announced on June 18, when Facebook published its white paper. The release followed several media reports suggesting that the social media titan was developing a cryptocurrency that will facilitate payments across its platforms — WhatsApp, Messenger and Instagram — which boast a combined 2.7 billion monthly users.

The project seeks to target the unbanked population, which accounts for around 1.7 billion adults across the globe, with a focus on cross-border remittance. The latter aspect puts Libra alongside the likes of Visa and Mastercard — both of which have invested in the project — as well as some fellow cryptocurrency firms like Ripple and the XRP token.

The project will be governed by the Libra Association, a not-for-profit consortium headquartered in Switzerland, which includes Mastercard, PayPal, Visa, eBay, Coinbase, Andreessen Horowitz, Lyft and Uber among a total of 28 founding members.

There is also Calibra, a Facebook subsidiary, which is developing an eponymous digital wallet to facilitate Libra transactions, while the currency will be supported by third-party wallets — as the software powering the Libra blockchain is open source, as its developers have said. Once ready, the wallet will be available to all of the social media’s users.

The looming release of Facebook’s new project caused immediate regulatory resentment, triggering a new wave of national-level discussions on the legal status of cryptocurrencies. The company’s infamous reputation for being involved in privacy-related scandals — the most recent being Cambridge Analytica, which resulted in a record-breaking $5 billion fine — its all-encompassing scale and its barefaced interest in cryptocurrencies made it an unmissable target for regulators across the world.

In July, U.S. congressional hearings on the matter began, and Calibra CEO David Marcus was interviewed twice before Congress. The key take-away from those meetings was that Facebook won’t launch Libra until regulators’ concerns are fully addressed, as Marcus explicitly reassured both lawmakers and investors. That has not entirely mitigated the pushback, however, as the European Union antitrust regulators have launched a probe into Libra.

John Todaro, director of research and provider of institutional trading tools for digital currencies at TradeBlock, summarized the main reasons behind the intensified scrutiny in a comment for Cointelegraph:

“The primary attention Libra is getting is because of the size of Facebook, its resources, and its ability to integrate a low cost, efficient digital currency payment channel across a number of its own platforms which could bring significant adoption to the space. Other projects have not seen the same level of interest, mainly because they do not have an ability to accelerate adoption of a stablecoin so quickly, which Facebook could accomplish.”

The scale of the regulatory backlash is not surprising, despite the rawness of Facebook’s project, experts say. Konstantinos Stylianou, assistant professor of competition law and regulation at the University of Leeds, told Cointelegraph that for regulators, it is never too early to start worrying about potential problems. He elaborated:

“Financial regulators are right to go in first, because financial regulation aims to ensure that Libra and its clones comply with set standards before they launch. Other regulators, like the European Commission’s antitrust arm, which recently started an investigation into Libra, have a long way to go, because they need to prove actual harm. But even so, their early activity sends a message to the industry that the regulator’s watchful eye is there to stop illegal activity at its inception.”

Other experts, like Lars Seier Christensen, chairman of Swiss blockchain identity network Concordium and former CEO at Saxo Bank, are even surprised that Facebook has not foreseen some of the regulators’ worries. Christensen explained to Cointelegraph:

“I actually fully understand the concerns of regulators as Libra raises a host of major issues because of the potential scale of the project. I think Facebook may have been a little too quick off the block here, because many of the concerns about systemic risk, disruption of money markets, and moral hazard were easily predictable and could have been addressed from the beginning.”

Libra and its killers: Chinese government, Binance and Walmart

While many of the aforementioned jurisdictions were busy discussing the potential ways to regulate Libra, China took a somewhat different approach. For the East Asian powerhouse, where the sale of cryptocurrencies is explicitly banned, Facebook’s project turned out to be the prime motivator in hastening the development of its own state-controlled digital currency.

Notably, during one of the congressional hearings, Marcus warned lawmakers that vetoing Libra could result in the U.S. being left behind:

“I believe that if America does not lead innovation in the digital currency and payments area, others will. If we fail to act, we could soon see a digital currency controlled by others whose values are dramatically different.”

Thus, after five years of research and system development work since 2018, the PBoC is almost ready to launch its central bank digital currency (CBDC), according to a recent report from the state-owned news portal China Daily. As Yang Dong — director of the Research Center of Finance Technology and Cyber Security at Renmin University of China — told the publication that the announcement of Libra has motivated the project’s designers to involve more private institutions in development and issuance process of a CBDC, which seems to follow the concept of the Libra Association.

Related: Chinese National Cryptocurrency Turns Out Not Being an Actual Crypto

Co-founder of a decentralized cloud computing network Aelf, Chen Zhuling, whose associate Ma Haobo is a committee member of the government-affiliated Chinese Institute of Electronics Blockchain Branch, told Cointelegraph in an email conversation that:

“Considering how mobile payment and e-money has been fully adopted in the Chinese society, it is inevitable that the government is also looking at digital currency initiative. More than half of global Bitcoin hash rate is under mining pools in China, the government is no strange to cryptocurrency.”

Patrick Dai, co-founder of Qtum, a blockchain platform that has a presence in China, is largely optimistic about the project, as he told Cointelegraph that the PBoC’s currency is likely to beat Facebook in terms of public resonance and will challenge “the monopoly” of local giants WeChat and Alipay:

“People’s Bank of China’s digital currency will escalate and affect crypto adoption at a much greater magnitude than Facebook’s Libra announcement. There is already overwhelming distrust of Facebook. Introducing a new asset class also brings healthy competition to the Chinese FinTech ecosystem, which is currently dominated by a few major players. A complimentary payment solution helps break up the monopoly of power from payment giants like WeChatPay and Alipay.”

However, CBDCs and privately issued cryptocurrencies can co-exist, which is relevant for capitalist economic systems exclusively, professor Stylianou said:

Binance launches a race to the stars

Other Libra competitors come from the private sector. Arguably, the strongest attempt to topple Facebook’s crypto project is being performed by Binance, one of the world’s largest crypto exchange, although, as its CEO, Changpeng Zhao, diplomatically noted, it is “always happy to co-exist.”

Thus, following the astrological theme, Binance’s open blockchain project is dubbed “Venus” and focuses on developing localized stablecoins around the world based on Binance Chain, which reportedly has a wide user base and has already established global compliance measures.

However, it is still unclear whether Venus actually could rival Libra for the global crown. Judging by the announcements made in English and Chinese, the tones used are drastically different, with the latter mentioning challenging “financial hegemony” and creating “independent ‘regional version of Libra.’” Binance has not yet responded to Cointelegraph’s request for clarification regarding the relationship with Libra.

There is also a global retail giant, Walmart, that has already filed a patent for a U.S. dollar-backed digital currency similar to Libra. According to the retail giant, it could provide low-income households — for whom banking is costly — with “an alternative way to handle wealth at an institution that can supply the majority of their day-to-day financial and product needs.” Additionally, it could further challenge incumbent banks by removing the need for credit and debit cards, Walmart suggested in the filing.

Libra has also provoked a response from smaller, crypto-oriented startups, which are brazingly calling themselves “Libra killers.” For instance, Erik Finmann, known as the youngest Bitcoin millionaire, has recently announced a crypto P2P payment app called “Metal” that reportedly supports Bitcoin and Ethereum (ETH), among other cryptocurrencies.

It seems to be working in select U.S. states at the moment, which makes it unclear how it could “finally bring crypto to the people — in ways that Facebook Libra only wishes they could,” as Finmann put it on Twitter, given the scale of the social media giant’s operation. Metal has not responded to Cointelegraph’s request to clarify the scale of its operation.

Libra’s influence has accelerated, despite all the difficulties

While it is not certain if Libra will ever manage to get through the regulatory hurdles it is facing, its impact on the crypto industry — and even the larger financial world — is evident. TradeBlock’s Todaro told Cointelegraph, “Libra has influenced the industry insofar that other large corporate entities and governments have sped up their projects on stablecoins, such as Wal-mart, PBoC, Binance and others.”

Notably, while the overall scope of Facebook’s crypto project could have been predicted, experts are perplexed by the breakneck speed at which everything around it is unfolding. “It was only a matter of time until Libra contenders emerged,” Stylianou told Cointelegraph. “What’s surprising is how quickly it’s all happening.” He went on to say:

“The majority of Libra killers will be extinct within a few years (including, possibly, Libra itself), as it always happens with prototypes, but that at the same time means that some others will survive.”

Thus, Libra seems to be actively unsettling the crypto space even at its most infant stage, urging other actors to launch similar stablecoin-based projects or join it by investing as much as $10 million. Among the interested parties are online brokerage Monex Group Inc., the owner of the hacked Japanese crypto exchange Coincheck and even the Winklevoss twins, who have famously had a falling out with Mark Zuckerberg over Facebook in the past.

On the other hand, some of the earlier investors are reportedly asking to get off the train because they’re frustrated with Libra’s half-baked strategy — as well as the intense regulatory pushback it has been getting.

Cointelegraph has reached out to the Libra Association for further comment, but has not received a reply as of press time.