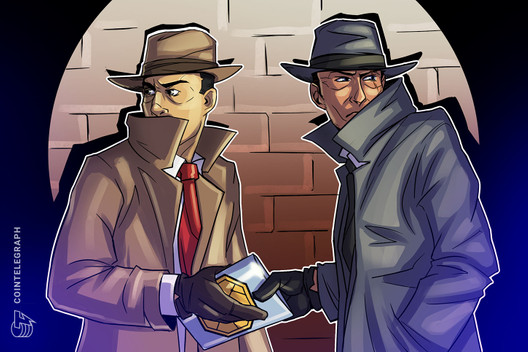 Per an April 13 announcement, Huobi (HT) Global has launched Star Atlas, an on-chain analytics tool to monitor illicit cryptocurrency transactions that could work in tandem with similar tools.

The tool should help Huobi address some of the past criticism it had received. Chainalysis’  2020 State of Crypto Crime Report stated:

“Binance and Huobi lead all exchanges in illicit Bitcoin received by a significant margin.”

Ciara Sun, VP of global business at Huobi Group, explained the functionality of the new tool to Cointelegraph:

“Star Atlas is an on-chain monitoring tool to monitor cryptocurrency transactions to identify and detect crimes like fraud, money, laundry and other problematic activities.”

Although Star Atlas is similar to tools developed by Chainalysis, Elliptic and Ciphertrace, Sun believes that Huobi has a comparative advantage and yet is willing to partner with other companies in the space:

“It’s similar, but it’s different because Huobi has been operating as an exchange for almost seven years now, and we’ve combined tons of security research. We have never experienced a major security breach. So our team has very deep expertise with a proven track record, and we’ve been developing all these data in the past seven years. So Star Altas maintains a large address database.”

Huobi is considering partnering with other players in the crypto space like Chainalysis and CryptoCompare. According to Sun, there are synergies between Huobi and other companies in the space. Huobi has accumulated a lot of data in Asia, whereas other companies may have more data in the West.

“Tto be the most trustworthy exchange. So I think being able to have Star Atlas will help with that. But one of the reasons we launched it is because we want to make the broader cryptocurrency space a better place.”

This announcement comes on the heels of Huobi Korea delisting Monero (XMR) in the wake of a scandal in which  Monero was allegedly used for anonymous transactions linked to sexual exploitation.