Bitcoin’s consolidation over the past few weeks hasn’t been seen as bullish by everyone. Case in point: institutional traders on the CME are currently net short on BTC futures.

Yet, a trader says that those shorting have “terrible odds” of making money.

Bitcoin Is Historically Unlikely to Drop From Here

According to an analyst, Bitcoin has a historically low chance of dropping from the $9,000 consolidation.

He shared the chart below on June 21st to illustrate this point. The chart shows that Bitcoin has recently entered back into the logarithmic growth curve that has supported BTC’s price for the past decade.

This suggests it has a low likelihood of falling below the bottom of the curve, which is currently around $8,800, unless there is a black swan event like there was in March 2020:

“Here is a taste: Except for the Covid-candle, #bitcoin never closed a 2W below the log growth curve. So, if you short tonight you have terrible odds.” 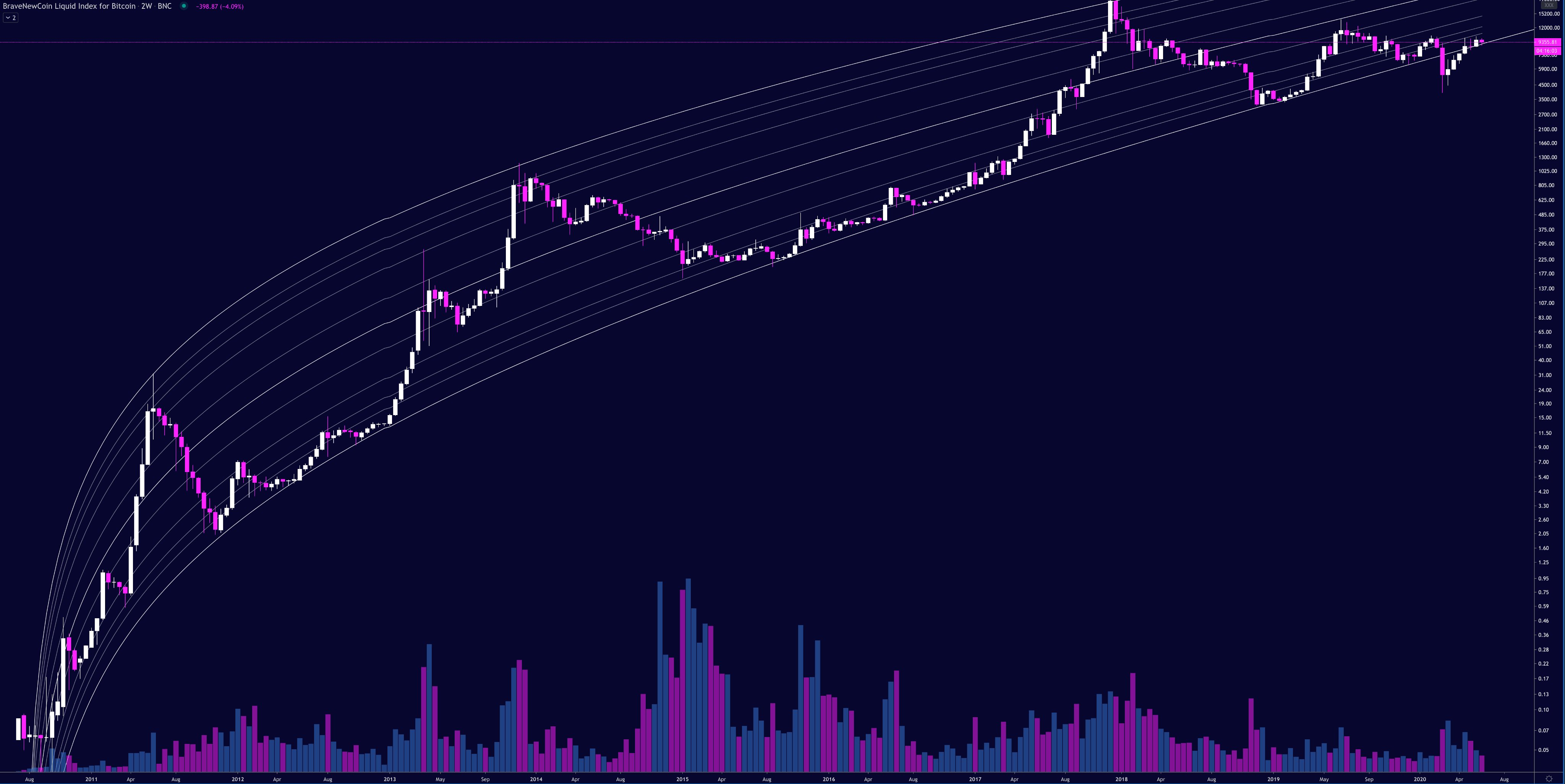 A Weak S&P 500 Could Threaten Bitcoin

Yet a weak S&P 500 and global equities market could threaten the Bitcoin bull case.

Wall Street firms have observed over recent weeks that the narrative that cryptocurrencies are entirely uncorrelated with the stock market has not held up.

Two Goldman Sachs executives came out with a presentation indicating that Bitcoin and other digital assets to not provide viable diversification benefits over a traditional stock/bond portfolio.

And JPMorgan analysts suggested that after March’s crash, cryptocurrencies have effectively been trading like equities do, decreasing their value proposition.

This means that should the S&P 500 crash, so too should Bitcoin.

And unfortunately for bulls, prominent investors see the S&P 500 pulling back as the economy fails to match the speed of the recovery in the price of stocks.

Scott Minerd, the global CIO of Guggenheim Partners, said that he thinks that the S&P 500 could retrace nearly 50% to 1,600 points.

Minerd attributed his bearish sentiment to three core trends/signals: the technical uptrend that the index formed in March has been broken, the argument of “Don’t fight the Fed” is flawed, and stocks are extremely overvalued as earnings drop while valuations increase.

This bearish sentiment has been echoed by Jeremy Grantham, a stock trader who called previous market tops like that seen in 2008-2009. Grantham told CNBC that he thinks a bubble is forming, calling current market conditions “crazy.”

You Are the Product: A Three-Step Plan to Take Back Control...