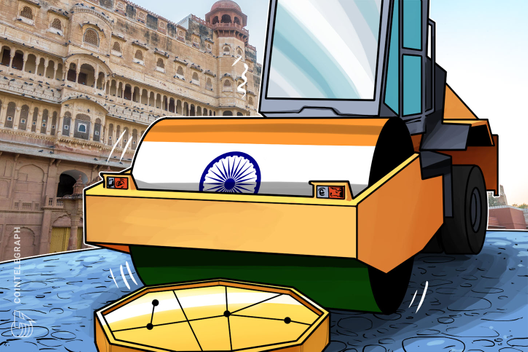 Sidharth Sogani, the CEO of crypto and blockchain research firm Crebaco Global Inc, believes that India will lose around $12.9 billion worth of market if cryptocurrency is banned in the country.

Sogani shared his reasoning with the news outlet AMBCrypto, which reported the matter on Aug. 8. According to the report, Crebaco’s methodology included an analysis of how much revenue companies might have generated if crypto was ruled to be legal, as well as crypto companies with Indian founders who moved offshore due to the Reserve Bank of India’s banking ban.

As per the report, Crebaco came up with the following figures as part of its total estimated revenue from crypto in India: $4.9 billion as indicated by crypto white papers and associated business plans; $2.1 billion from expert blockchain coders; $1.27 billion from content creators; and $4.5 billion from miscellaneous jobs, including lawyers, event managers and laborers.

Sogani further believes that India will ultimately be forced to regulate cryptocurrencies instead of banning them wholesale, as it is unlikely that India could enforce such a ban:

“They will have to regulate it, because if they don’t, it will raise a question as how they will implement a ban on a population of 130 Crore people […] They dont seem to have the mechanics of doing that, given India is country of 1.3 billion people.”

As previously reported by Cointelegraph, a governmental panel in India officially recommended that the country ban cryptocurrencies on July 22. The panel further recommended imposing sanctions on any crypto-related dealings. However, regulators and the government have yet to finish reviewing the report and draft legislation, which will need to happen before the government passes a verdict.

According to Sogani, he presented information about cryptocurrency usage to the panel, and was surprised when they moved to go through with a ban recommendation anyway:

“We have submitted several reports to the Indian governments as well and have consulted Ministry of Finance (MoF) through presentations and reports. In spite of all that, it was surprising to know the draft bill news.”

Newest Crypto - January 20, 2022
0
The saga started earlier this week when Multichain instructed its users to remove approvals for six tokens, warning that otherwise their assets would...

Bitcoin Price Climbing Back to $9K — Here’s the Key Level...