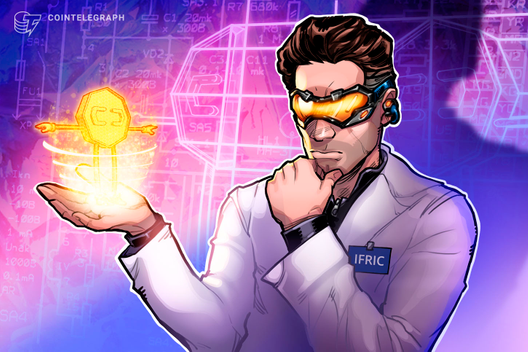 The International Financial Reporting Interpretations Committee (IFRIC) has ruled that cryptocurrencies, including Bitcoin (BTC), are neither financial assets nor legal tender.

The Korea Times reported the development on Sept. 23, citing the Korea Accounting Institute’s briefing in regard to an IFRIC meeting held in London this June.

Cryptocurrencies neither financial assets nor currencies

According to the report, the IFRIC has ruled that cryptocurrencies are “not cash nor an equity instrument of another entity,” but rather “intangible assets” — defined as “identifiable non-monetary assets without physical substance.”

In the IFRIC’s definition, an asset is identifiable if it is separable or arises from contractual or other legal rights. “Separable” here refers to an asset that is:

“capable of being separated or divided from the entity and sold, transferred, licensed, rented or exchanged, either individually or together with a related contract, identifiable asset or liability.”

The IFRIC is a not-for-profit international organization that develops a single set of accounting standards, which are mandatory in over 140 jurisdictions. Many other jurisdictions beyond this globally permit their use.

As the Korea Times notes, the IFRIC’s position with regards to cryptocurrencies will enable governments to establish a legal basis for taxation and businesses to sketch out frameworks for corporate accounting.

The report further argues, however, that the position represents a setback regarding cryptocurrencies’ prospective recognition or status as currencies.

Earlier this year, Han Seung-hee — the commissioner of Korea’s National Tax Service — told reporters that he was planning to tax the use of Bitcoin in response to surging trade volumes.

He added that he was looking at a number of different ways in which to foster BTC’s relationship with the nation’s existing capital gains tax, value-added tax and gift tax structures.

Newest Crypto - July 4, 2022
0
Despite the market condition, top currencies, Bitcoin and Ethereum, struggle to regain their values. On the other hand, some altcoins, AR, and NMR...

First Mover: Kyber CEO Predicts 2020 Transactions at $3B as DeFi...