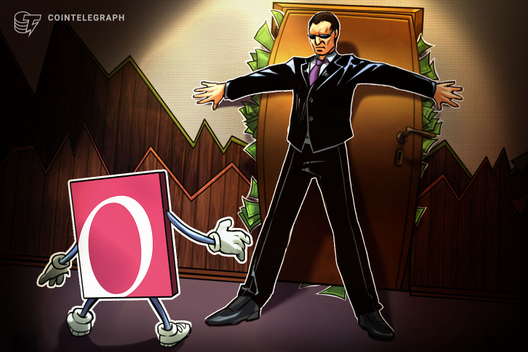 In an Overstock investor call on Aug. 26, Overstock’s interim CEO Jonathan Johnson said that Makara recently informed the firm that they “will be not investing in tZERO right now.”

Johnson emphasized that Makara remains excited about tZERO’s product and will potentially reconsider its investment decision as tZERO progresses. In the meantime, Overstock’s blockchain-focused venture arm Medici Ventures will continue to support the project, Johnson stated.

The news come just four days after former Overstock CEO Patrick Byrne stepped down from his post due to a controversial relationship with a Russian woman who pleaded guilty to acting as a foreign agent.

Byrne developed a crypto-friendly strategy at the company, including the launch of tZERO itself and Overstock’s acceptance of Bitcoin (BTC) payments.

Johnson replaced Byrne as CEO, while Kamelia Aryafar reportedly took Byrne’s place as a board member and executive vice president of Overstock Retail.

One year of investing plans

Makara’s retreat from investment in tZERO does not appear to be surprising as the company delayed the investment several times since the fundraising was initially announced in August 2018.

In August 2018, Overstock announced that Makara would invest $404 million in tZERO along with Chinese investment firm GSR Capital. In March, the two firms reduced their proposed investment to $100 million.

On May 9, tZERO finally secured a $5 million investment from Chinese investment firm GSR Capital, while both GSR and Makara were reported to be still considering additional investment.

Following the news, Overstock’s shares have continued to drop, dropping over 14% on the day to trade at $17 at press time.

Ethereum Slides Below 3K, Why Bears Could Aim $2.5K