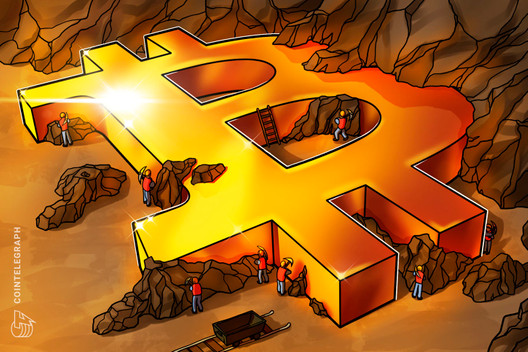 For a tech that was supposed to be democratic and distributed in order to free financial systems from the grip of government-influenced banks and return control of the money supply to the people, cryptocurrencies have turned out to be pretty concentrated.

Some 66% of all Bitcoin (BTC) mining now takes place in China, with 54% located in the southwest province of Sichuan, as a recent study revealed. Three Chinese mining pools alone are responsible for nearly half of Bitcoin’s hashrate. The days when a single Bitcoin enthusiast could crunch numbers on their home computer and land a Bitcoin reward for helping to group transactions into blocks are long over.

Related: The Dangers of Mining Pools: Centralization and Security Issues

That is a problem, and not just because it centralizes a vital part of the Bitcoin infrastructure in a single location under the control of an authoritarian government. It’s also a problem because the reason Sichuan is such an attractive site is because it has cheap hydroelectric power. Mining might be a useful way to control the release of new coins, but it’s a huge waste of electric power at a time when the world is trying to become more energy efficient.

Related: China’s Digital Yuan Is an Economic Cyberweapon, and the US Is Disarming

One solution has come in the form of staking. Mining rewards people who are willing to commit computational power to the blockchain. The more computing resources a mining pool commits, the greater the chances that it will be able to provide the proof-of-work — the solution to a mathematical puzzle — that lets them add blocks to the blockchain and claim their reward.

Staking rewards people who are willing to commit cryptocurrencies, rather than computer power, to the blockchain. In return for agreeing to lock up a certain amount of digital coins, users can create masternodes that manage transactions. The more coins they commit, the greater the chances that they’ll receive a transaction fee. There’s no mining, and because there’s no difficult proof-of-work puzzles, there’s also much less demand on electricity.

Dash, a Bitcoin fork, was one of the first cryptocurrencies to use masternodes. They function in the same way as Bitcoin’s nodes but require 1000 Dash as collateral in return for 45% of the block reward. Because the number of masternodes on the network varies, the returns on the collateral can vary too. Currently, the annual return is 6.55%, so the roughly $46,000 required to create a Dash masternode should return about $3,000 a year.

PIVX is less demanding and offers its users two ways to earn from their activity in the community. A masternode requires 10,000 PIV, which is currently around $2,055. Alternatively, users can simply keep any amount of PIV in an active wallet, where that PIV will act as a stake. PIVX states that each masternode should receive a reward about once every one or two days, while a little more than 1,000 PIV in an active wallet should bring a reward every 30 days. PIXV masternodes currently return about $218 per year.

Divi Project uses a particularly complex proof-of-stake structure. Its multi-tier masternode system gives different rewards based on the level of stake. Users willing to stake a million coins increase their chances of receiving a reward by ten times compared with those only staking 100,000 coins. There are also bonuses at each level. “We believe this system will encourage people to hoard or purchase more DIVI to reach the next level, helping to create a healthy node system,” wrote the company’s CEO Geoff McCabe on Medium.

Even some of the largest organizations are now looking at proof-of-stake. Binance now has a staking feature offering a list of coins that users can own and hold, earning income as they hold. You can think of it as earning interest on a deposit account. The Ethereum upgrade is expected to move Ether (ETH) away from a proof-of-work requirement and toward a proof-of-stake requirement sometime in 2020.

In this new cryptocurrency wave, anyone can earn once again by contributing to the system and without joining a hydro-powered mining pool in Sichuan.

Joel Comm is an internet pioneer, a New York Times best-selling author, futurist speaker and co-host of The Bad Crypto Podcast. That’s a fancy way of saying he writes words, says things and loves to play with cryptos.

Disclaimer: The author is an advisor for DiviProject.