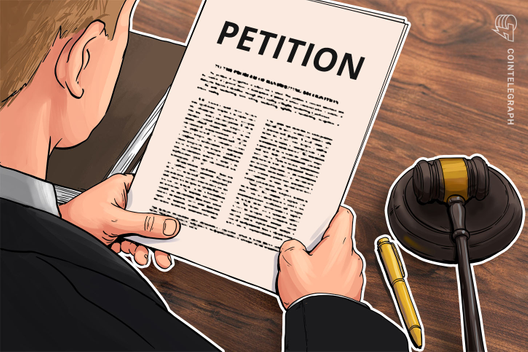 The firm behind a purportedly Estonia-based cryptocurrency exchange DX.Exchange is ceasing operations following a petition filed by employees.

CX Technologies, the Israeli company operating DX.Exchange, entered bankruptcy after 78 of its employees filed a petition against the company with an Israeli court, the Times of Israel reported on Nov. 24.

The petition specifically alleged that DX.Exchange’s website stated that the exchange had been owned by an Estonia-registered company, while in fact it was operated by CX Technologies.

Binary options scam and relations with the ruling elite

Employees also claimed that CX Technologies is a successor to SpotOption, formerly a software firm allegedly involved in a multibillion-dollar binary options scam, which was eventually raided by the United States Federal Bureau of Investigation and Israeli police, and was banned in the country in January 2018.

In the petition, the employees also claimed that CX Technologies had not paid their salaries for September or October 2019, when the petition was filed to the court.

The petition also reveals that CX Technologies executive Miriam Mileikowsky is related by marriage to Israeli Prime Minister Benjamin Netanyahu — being the wife of Ory Mileikowsky, the prime minister’s first cousin. The Marker reported that Ory himself nearly went bankrupt after losing 90% of the funds of investors he had advised.

Suspension of activities due to a merger

As Cointelegraph reported earlier in November, DX.Exchange temporarily shut down as it pursued a merger or outright sale. At the time, DX.Exchange stated that “the costs of providing the required level of security, support and technology is not economically feasible on our own.” While pledging to release further information in due course, DX.Exchange revealed:

“The board [of directors] believes this is the best opportunity for DX.Exchange to achieve success for its shareholders and compete in this challenging market. In the event a merger or sell is not completed in a timely matter then the exchange may not resume operations and take appropriate action.”