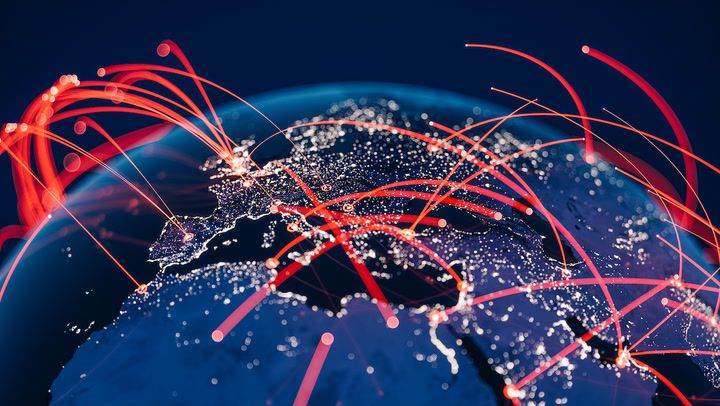 The Bitcoin white paper doesn’t mention the word decentralization once – but it’s obviously there by another name: peer-to-peer. The Ethereum white paper mentions decentralization about 40 times. And when the President’s Working Group on Financial Markets (PWG) released its report on stablecoins two weeks ago, 15% of it was dedicated to the concept of decentralization and how to appropriately manage it when most of financial services remain heavily centralized (and analog).

Decentralization is one of the more hard-to-define words in an industry filled with confusing neologisms. It seems to describe a simple concept: activity that isn’t organized by a central authority. But defining it, and why it matters, and how to regulate it, isn’t so simple. Getting these answers right will have significant implications for the future of the digital asset economy.

Jared A. Favole is a senior director of communications and policy at Circle, the principal operator of USD Coin (USDC).

As a starting point, policymakers should get comfortable with the idea that some projects will be fully (or close to it) decentralized. The industry needs to avoid advocating only for projects that are 100% decentralized – that brings to mind for some, particularly regulators, the idea of runaway code. And the last thing anyone wants with their money is for it to run away.

Decentralization is great. The continued existence of Bitcoin, even in the face of crypto bans by nation states, speaks volumes about the power of decentralization (and public-key cryptography). It’s something to marvel at and cumulatively it has given rise to a now $2+ trillion asset class.

But Bitcoin, and decentralization, have drawbacks. For example, making changes in decentralized systems is often difficult and slow.

From a marketing perspective, decentralization can help attract developers who scoff at the idea of using their talents to help another centralized entity amass power. That power-to-the-people approach runs deep in crypto, which isn’t surprising because many in the industry had to suffer through the consequences of the Great Recession, infamously with the downfall of large, centralized financial institutions.

Projects have since strained to demonstrate their decentralization by setting up foundations or separate legal entities. The thinking of some founders goes something like this: If our project is sufficiently decentralized then the activity isn’t subject to securities regulation. Perfect!

But the government isn’t fooled. The PWG report stated:

If projects are dishonest about their level of decentralization, that casts a shadow on the projects that truly are decentralized. It’s worth noting, too, that centralization has benefits. When people assemble in a centralized way, be it at a company or a sports team, they can do great things, while also producing single points of failure, cabals or monopolies.

Both/and instead of either/or

The future success of blockchain and crypto technologies doesn’t need to rely upon 100% decentralization. In fact, the industry is so successful today because it is built on the back of decentralized technologies AND centralized organizations. Much like the debate about artificial intelligence, which often pits man vs. machine instead of acknowledging the real power comes when man AND machine work together, meaningful innovation in crypto often comes when centralized entities work with decentralization.

For example, venture capital firms like a16z and Digital Currency Group, crypto companies like Coinbase and FTX, and media companies like The Wall Street Journal and this publication, have all played an important role in popularizing decentralized technologies.

Missing from the list of centralized entities that can help or harm the industry are governments. Governments are the missing link to help blockchain and crypto technologies continue to grow.

For one, there are many people who won’t touch crypto because for them it lacks the imprimatur of the government; the U.S. Securities and Exchange Commission’s (SEC) continued rejection of spot bitcoin exchange-traded funds reinforces this. The same holds true for many banks, insurance companies and pension funds.

Governments also have the authority to crack down on, limit or outright ban certain activity. Much of the industry is waiting for the SEC, for example, to yet again flex its regulate-by-enforcement approach.

Fortunately, the U.S. has more experience and is more comfortable with decentralization than most countries.

The debate about decentralization isn’t new – especially in the U.S. Our founders struggled with whether to centralize power at the federal level or to devolve more power to the states, and how much power to give people. Federalism and technological decentralization are different, but they spring from the same dilemma: whether to concentrate power in the few or the many. Bitcoin, as noted above, is slow and difficult to change because it’s so decentralized. So is democracy. Policymakers still struggle with this concept: Look no further than how the U.S. is approaching regulating stablecoins.

Stablecoin issuers, and many payment companies we all use daily, are regulated at the state level via money transmission licenses. But because stablecoins have grown exponentially, and show little signs of slowing down, the federal government seems to have decided that more centralized regulation is the best approach. But state regulators aren’t ready to cede that point. This was clear when the organization that represents state banking regulators responded to the PWG report by emphasizing states’ experience supervising stablecoin issuers.

States have always been labs of innovation, particularly as they relate to how to best organize economic activity. Wyoming, for example, has led the charge by becoming the first state to recognize decentralized autonomous organizations (DAOs) as limited liability corporations. It will be years before we recognize the full benefits of that decision. And, in a unique twist that highlights how centralized and decentralized entities will need to work together, DAOs have to be domiciled in Wyoming to enjoy the benefits of the new law.

The struggle for how to best balance centralization versus decentralization is at play in another way, too. China has decided to launch its own Central Bank Digital Currency (CBDC), a digital version of the yuan, prompting envy from some U.S. government officials who think the U.S. should have its own CBDC.

But why launch a CBDC when, without one even existing, privately issued stablecoins have gained market traction and helped cement the U.S. dollar as the reference asset for the entire digital asset economy?

This is just one example of the tradeoffs the industry and governments have to balance in the coming months and years. Regulators, too, clearly have their work before them: What innovations will they deploy to oversee decentralized organizations? If there isn’t a central organization whose door they can knock on when they want to enforce the law, what will they do? I admittedly don’t have the answer.