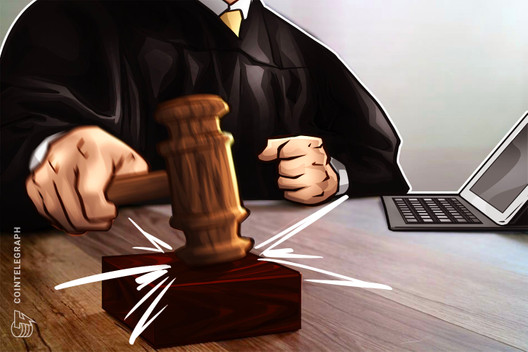 A Californian judge has given preliminary approval for a $25 million settlement proposed by the Tezos Foundation to end a consolidated class-action lawsuit.

The lawsuit dates back to shortly after Tezos’ $232 million initial coin offering (ICO) in July 2017, when investors started filing claims against the firm, accusing Tezos of issuing unlicensed securities in the U.S.

If the foundation is found liable in the suit, estimates of damages range from under $1 million to more than $150 million. The proposed $25 million settlement will provide class-action members damages equivalent to between 16%, to more than 100%, of the estimated damages.

The foundation denies any wrongdoing during their ICO, and wrote in a blog post they had chosen to settle out of court because lawsuits are “expensive and time-consuming” and they preferred a one-time financial cost:

Making it hard for the SEC

The SEC has also investigated the firm in relation to their ICO but is yet to bring a case against Tezos. Should the current settlement be finalized, the SEC may find it more difficult to build a case that the Tezos Foundation has acted in bad faith.

While the lawsuits may have scared some investors away from Tezos, supporters don’t seem too worried with one Reddit user saying “it’s water under the bridge…” and another saying they were “a lot more worried about the SEC than this class-action.”

Tezos’ assets have almost tripled in value since the ICO with the Foundation’s March 9 report revealing assets in excess of $630 million.

Newest Crypto - October 20, 2021
0
Options traders are turning their attention to long-term bullish bets on the cryptocurrency ether, as some anticipate that an ether-based exchange-traded fund (ETF)...

How CABEI Will Support Bitcoin Law In El Salvador