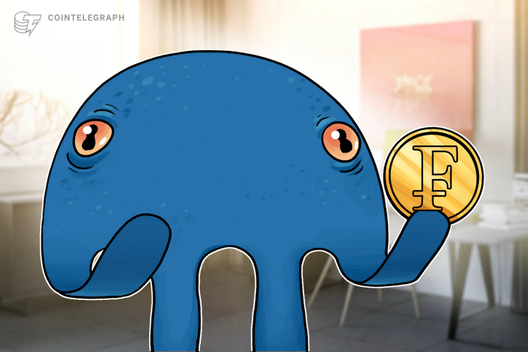 According to a blog post on Dec. 5, Kraken said that in collaboration with Liechtenstein-based Bank Frick, the Swiss franc will join the roster of fiat currencies that Kraken already supports, namely the United States dollar (USD), the Canadian dollar (CAD), the euro (EUR), the British pound sterling (GBP), and the Japanese yen (JPY).

The Kraken team further revealed that CHF trading begins on Friday, Dec. 6, and that it will roll out trading pairs between the Swiss franc and Bitcoin (BTC) and Ether (ETH), with the future possibility to add more trading pairs.

Kraken, one of the largest and oldest Bitcoin exchanges in the world, recently announced that it was joining the Silvergate Exchange Network (SEN) to enable its customers to deposit and withdraw U.S. dollars from Silvergate accounts with no fees.

Prior to that, Kraken introduced the mobile version of its Kraken Future trading app, which was created earlier this year and was previously only available on a web browser. The app will be available on both the iOS and Android platforms.

According to data from Coin360, Kraken is the 9th largest cryptocurrency exchange by 24-hour trade volume, reportedly reaching $103.9 million over the last day.

Would a US wealth tax push millionaires to Bitcoin adoption?