On Feb. 27 Noisebridge advocate and attendee John Backus woke up to see that approximately 17.513 Bitcoin (BTC) – equivalent to about $156,000 at the time –  had been deposited into Noisebridge’s cryptocurrency wallet.

The unexpected deposit came from U.S. based cryptocurrency exchange Kraken. The exchange sent the Bitcoin as a donation in response to a tweet that Backus had put out the day before asking for funds to help keep Noisebridge running. 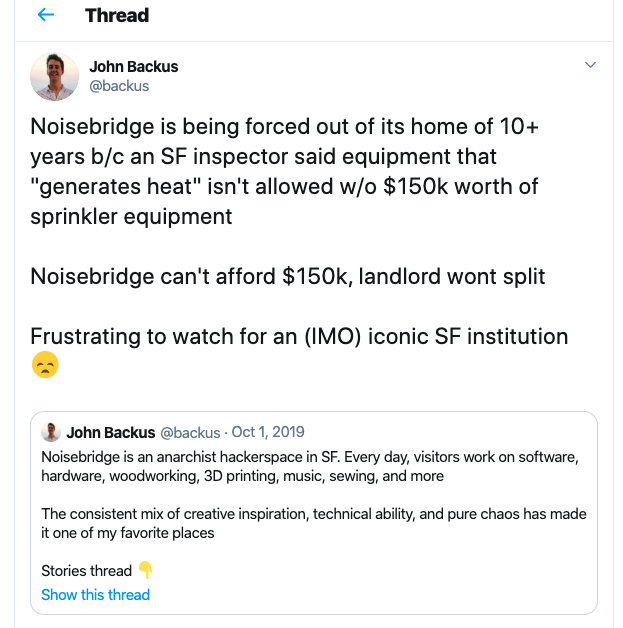 In an interview with Cointelegraph on Feb. 27 at Noisebridge, Backus said that he was shocked to see that 17.5 Bitcoin had been deposited into the Noisebridge wallet. He said:

“I sent my tweet asking for donations the afternoon of Feb. 26. By the end of the night, I was excited to see that we had raised $200. I woke up the next morning and checked Twitter and then saw the tweet from the Kraken account.”

Backus said that initially he didn’t know how to interpret the tweet Kraken had sent, which read: 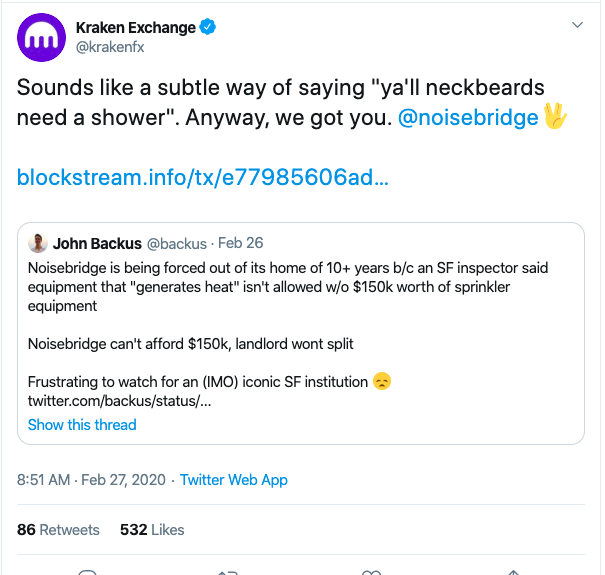 Backus then noticed a link to a transaction following the text. He said:

“There were about thirty imputs and fifty outputs associated with the link, so I couldn’t tell how much money there was at first. I then saw the Noisebridge address with 17.5 Bitcoin in it. I wasn’t sure if this was real at first. I went on the Noisebridge Slack channel and another member confirmed that it was indeed real.” 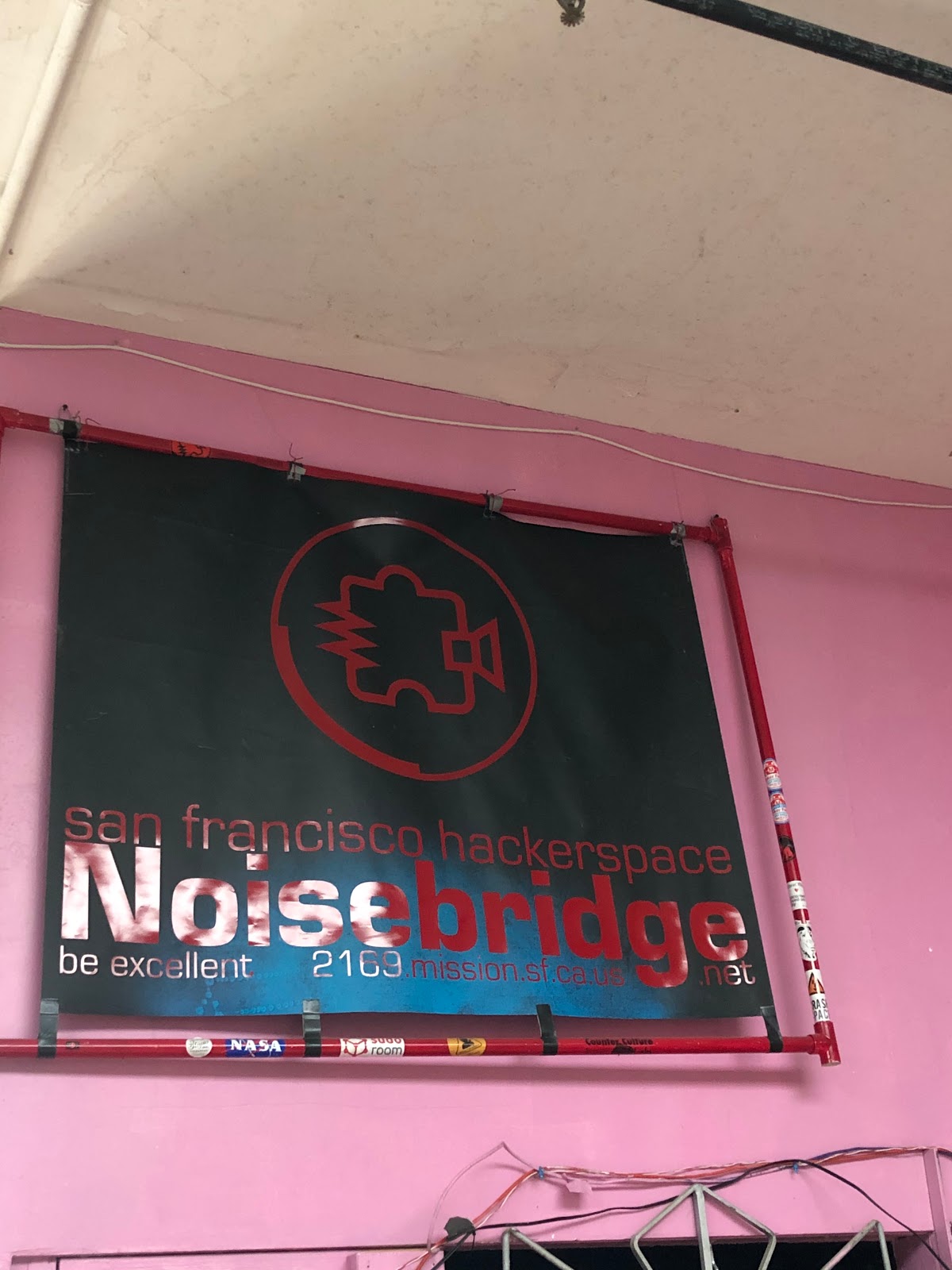 Backus, who has been visiting Noisebridge since 2013, explained that the anarchist hacking space located in the heart of San Francisco’s Mission District relies entirely on funds from donors. He said:

“No one in particular runs Noisebridge. The space has been around for twelve years now and our funding has always come from donations. Anyone is welcome to come in and work here.  But there have been many times in the past where we’ve almost run out of money. In this case, it was true – we were out of money, so I turned to crypto twitter for help.”

“Noisebridge is facing a $30,000 fine for code violations and was cited by The City for unpermitted construction. According to the San Francisco Department of Building Inspection, the violations include two bathrooms that were semi-constructed without permits, unpermitted partitions and the addition of an industrial laser cutter.”

Maran further noted that Noisebridge contains of the oldest elevators in San Francisco, which is close to 100-years old and hasn’t run in over a year. He said that this has regrettably limited the space’s accessibility

“Noisebridge needs improvements that will start at about $150,000 minuim,” said Maran.

What’s in store for Noisebridge?

Maran told Cointelegraph that open source and decentralization are values Noisebridge advocates take pride in. He said that many people who work from Noisebridge are involved in the cryptocurrency and blockchain community:

“Building hardware wallets is a big focus here and touch to pay lightening payment systems are also being built here.”

Maran also said that Kraken’s donation of 17.5 Bitcoin is the largest donation Noisebridge has ever recieved. He explained:

“We are run purely by the community. Anyone can come in and work here. No one is ever turned away for a lack of funds. Most people will donate $5 a month and those contributions have kept us paying rent for twelve years.”

When asked what Noisebridge will do now that a donation of $156,000 has been made, Maran explained that he isn’t sure yet.

“I want to make sure the money is spent in the best interest of the community,” he said. “I am not sure what we will do with the funding yet, but it will go towards bettering the ecosystem.”

He said that moving is a possibility, though it would be rough to change locations, saying:

“We might put the money towards sprinkler upgrades or maybe we will move the space somewhere else. We’ve been here for twelve years now and there are lots of attachments to the space. But, there are also limitations.” 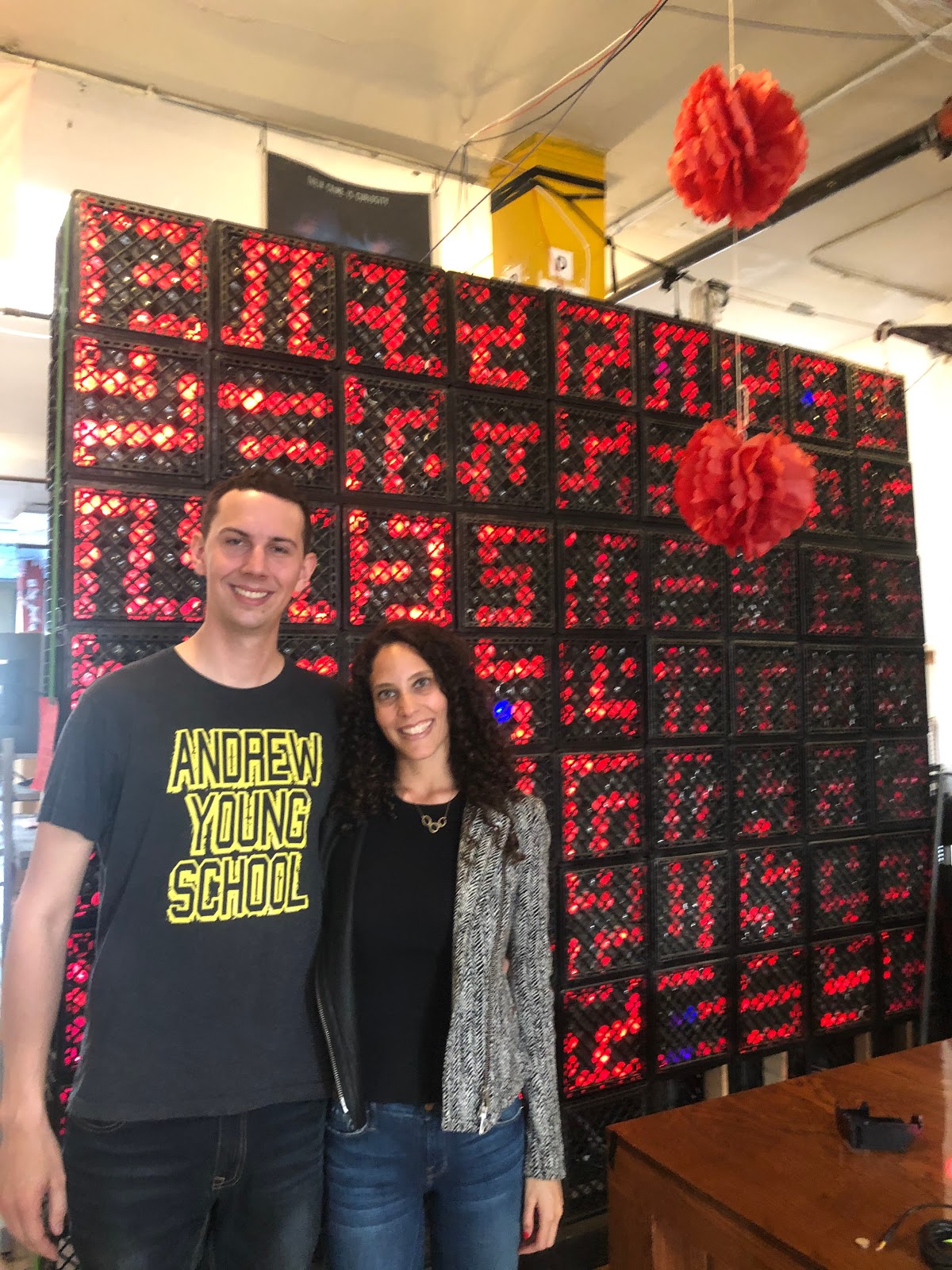 Why the First US Crypto Bank Is a Big Deal