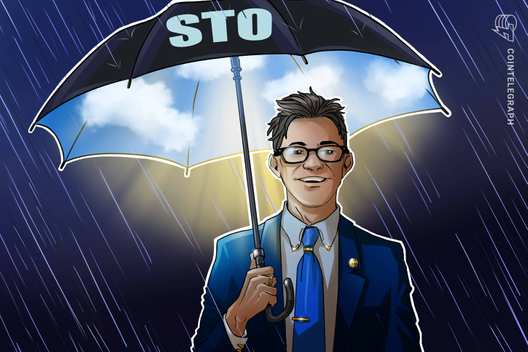 On Sept. 30, the Nikkei Asian Review reported that firms such as SBI Securities, Nomura Securities, Monex Group and Daiwa Securities Group are part of the STO association that will propose a new set of rules and seek approval from the country’s financial watchdog organization, the Financial Services Agency.

STO’s are set to become a new way of raising capital in Japan as early as next April when a legal change will make them an option for firms to raise capital from assets like real estate.

Similar to an initial coin offering (ICO), an STO investor receives a token representing their investment, but unlike an ICO, a security token represents an investment contract into an underlying investment asset, such as stocks, bonds, funds and real estate investment trusts.

The viability of security token offerings in Japan purportedly will depend on how the association intends to protect STO investors.

Cointelegraph previously reported that STOs make the financing of certain projects more available to ordinary investors. The film industry, in particular, has seen several tokenized projects that open up movie financing to a large pool of investors.

Speaking to Cointelegraph, Ali Vatansever, an award-winning film director and founder of Indiewonder — a blockchain-based film fund — insisted that the opportunities provided by tokenization are not confined to the movies themselves:

“The film industry is currently only producing movies that the so-called ‘experts’ and the decision-makers behind the production funding think will be profitable. They depend on market research, past success, or just on their gut feeling.

“By tokenizing the film industry, the audience will be empowered and will ultimately decide on what movies will be produced. The whole entertainment industry, Hollywood studios, and fan culture will change. I often say: Everything that can be tokenized will be tokenized.”

According to analytics firm Inwara, STOs increased by a massive 130% in the first three months of 2019 alone.