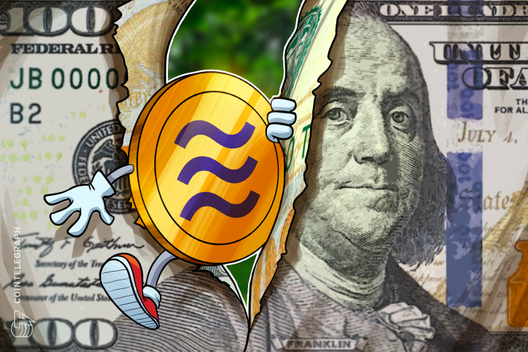 Mark Carney, the Governor of the Bank of England, has suggested a transformation of the global financial system by replacing the United States dollar with a digital currency similar Facebook’s Libra.

Delivering his speech at the U.S. Federal Reserve’s annual symposium in Jackson Hole, Wyoming, Carney said that a Libra-like digital currency could replace the U.S. dollar as the world’s reserve currency, Bloomberg reported on Aug. 23.

Carney said that replacing the dollar with a digital currency would be a better option than allowing its reserve status to be replaced by another national currency such as China’s renminbi. He added that a new “Synthetic Hegemonic Currency” could be best provided by the public sector, through a network of central bank digital currencies:

“The combination of heightened economic policy uncertainty, outright protectionism and concerns that further, negative shocks could not be adequately offset because of limited policy space is exacerbating the disinflationary bias in the global economy.”

In July, Carney argued that Libra, due to the massive scale of the project, has to be virtually perfect at the outset in order for it to be released at all, saying:

“It’s either successful or it isn’t. If it’s successful, it becomes systemic, because it would involve a very large number of users. And if you’re a systemic payment system, it’s 5-sigma. You have to be on all the time. You can’t have teething issues. You can’t have people losing money out of their wallets.”

Back in February 2018, Carney claimed that Bitcoin (BTC) cannot be considered a legitimate currency by traditional definitions — neither a means of exchange, nor a store of value.