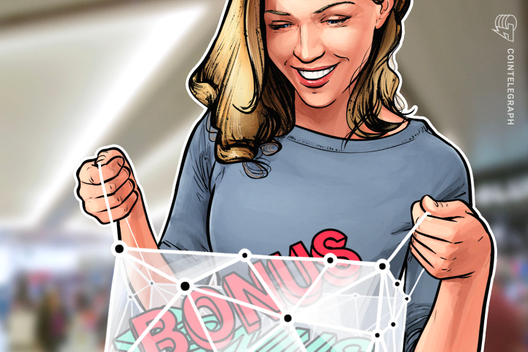 In the announcement published on Sept. 24, Loom said that it kicked off a new campaign to recruit decentralized applications (DApps) developers, which involves several large bonuses of Loom tokens to grow the ecosystem. Co-founder of Loom Matthew Campbell said:

“In order to help grow our ecosystem, we want to continue rewarding our existing stakers, validators, and current and future dapp developers with LOOM tokens for doing various tasks. Loom Network has the largest lead in blockchain scalability, but instead of continuing at a steady pace, we are shifting into an even higher gear. We want to accelerate hard over the next year and beyond to increase this lead.”

The bounties and rewards program sets out to give away millions of Loom tokens during the month of October. The developers of the first 10 DApps that get deployed on Loom Basechain and listed on DappRadar will receive a bonus of 500,000 Loom tokens each, which is worth around $17,500.

On top of this, any developer who can successfully launch a functional block explorer can earn an extra bonus of 2,000,000 Loom tokens, worth around $70K at press time.

As Cointelegraph reported earlier this year, Bitcoin (BTC) rewards shopping app Lolli joined forces with major American grocery chain Safeway and pet retailer Petco to give its clients 3.5% back in BTC on all their purchases. Meanwhile, American Express is taking a look at its Hyperledger-based rewards platform, which enables partner merchants to create customized rewards offers for the financial corporation’s clients.

Newest Crypto - December 6, 2022
0
With the Stax, Ledger was hoping to develop a more stylish and functional device than the previous Nano S – which looks more...