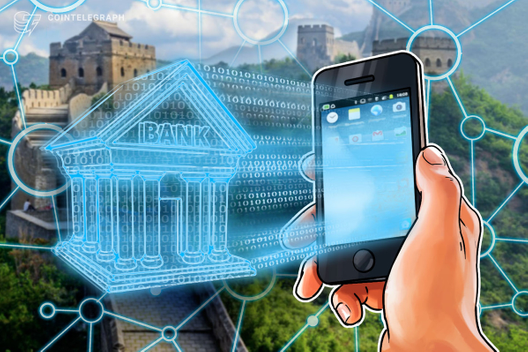 On Oct. 9, Xinhua news agency reported that CCB, one of the big four banks in the People’s Republic of China, announced the release of “BCTrade 2.0,” a blockchain trade finance platform that digitizes trade and financial services between a reported 54 domestic and overseas CCB branches and 40 external organizations, including a number of state-owned and foreign banks.

The platform conducts trade and financing activities, such as accounts receivable and trade financing, and aims to provide a regulatory system for trade finance to enable real-time monitoring of various financial activities. Deputy governor of the Construction Bank Ji Zhihong said that the bank will actively promote the blockchain platform and invite more industry peers to join.

In March 2019 the CCB released its 2018 report showing that the blockchain trade finance platform by the end of 2018 had already transacted 200 billion yuan ($30 billion).

Since the launch of the trading platform, cumulative transaction volume has to date reportedly exceeded 360 billion yuan ($50 billion).

Cointelegraph reported in August that according to unconfirmed sources, the People’s Bank of China is giving its first round of central bank digital currency (CBDC) to online retail giant Alibaba, Internet giant Tencent, five banking organizations and one unknown entity.

Silver Is the New GameStop as Musk’s #Bitcoin Stalls