Friday, Sept. 27 — The top-20 digital currencies are reporting mixed signals today, experiencing moderate gains and losses throughout the past 24 hours following the nosedive they took on Tuesday, Sept. 24.

The leading cryptocurrency, Bitcoin (BTC), is trading sideways, up by 1.18% over the last 24 hours to trade at around $7,970 at press time. Bitcoin has seen low volatility during the day, having dropped to as low as $7,752, while the intraday high reached $8,198. 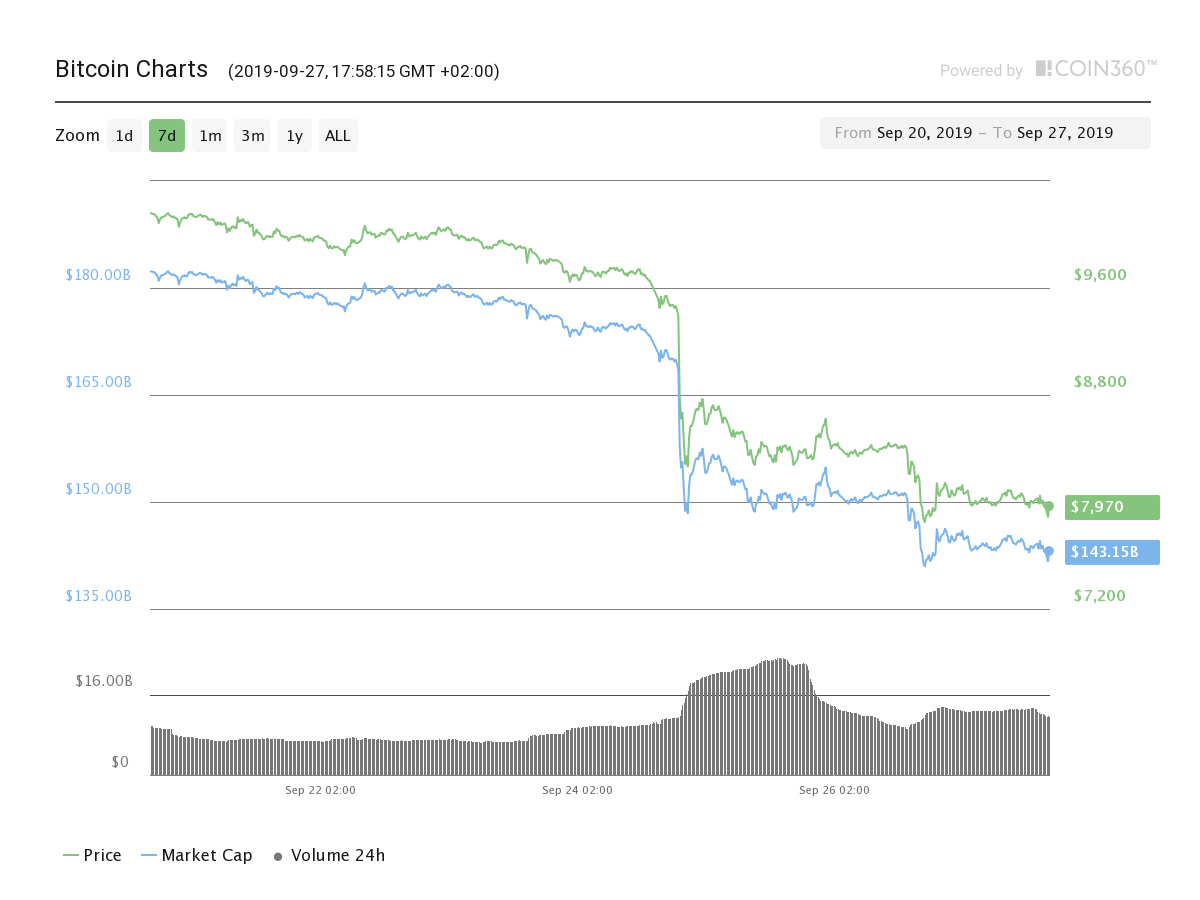 Today, news broke that the biggest Ethereum contract in the industry, dubbed FairWin, is allegedly putting user funds at risk and continues to guzzle a major share of gas on the network. 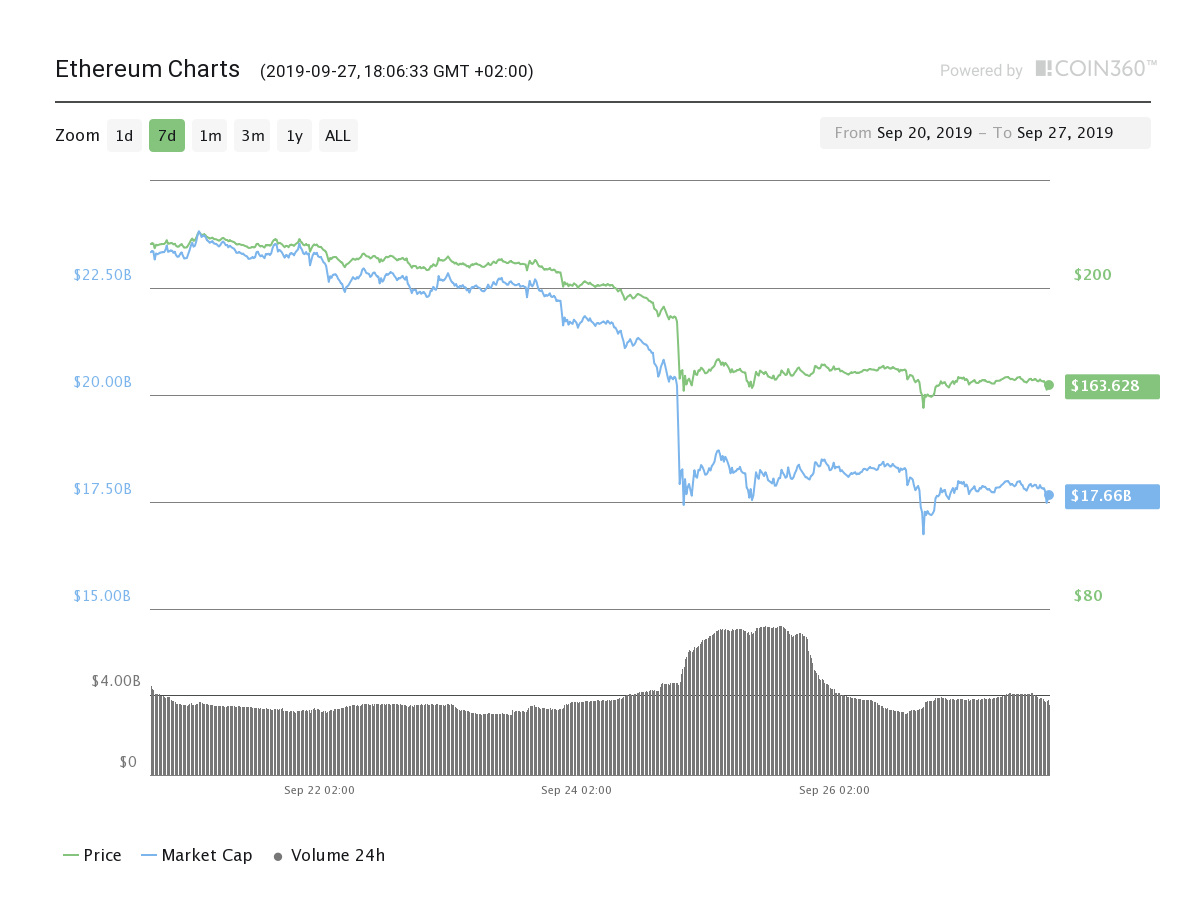 XRP has posted modest gains of around 1% on the day and is trading at $0.238 at press time.  The third-largest coin has not registered significant price fluctuations today, generally staying near the $0.24 mark.

Marcus Treacher, Ripple’s senior vice president of customer success, said today that the major flaw in Facebook’s planned cryptocurrency, Libra, is that it’s a closed system — akin to a “walled garden.” Treacher claimed that the Ripple network, by contrast, “has no parameter. It connects with all of the players that want to use the technology.” 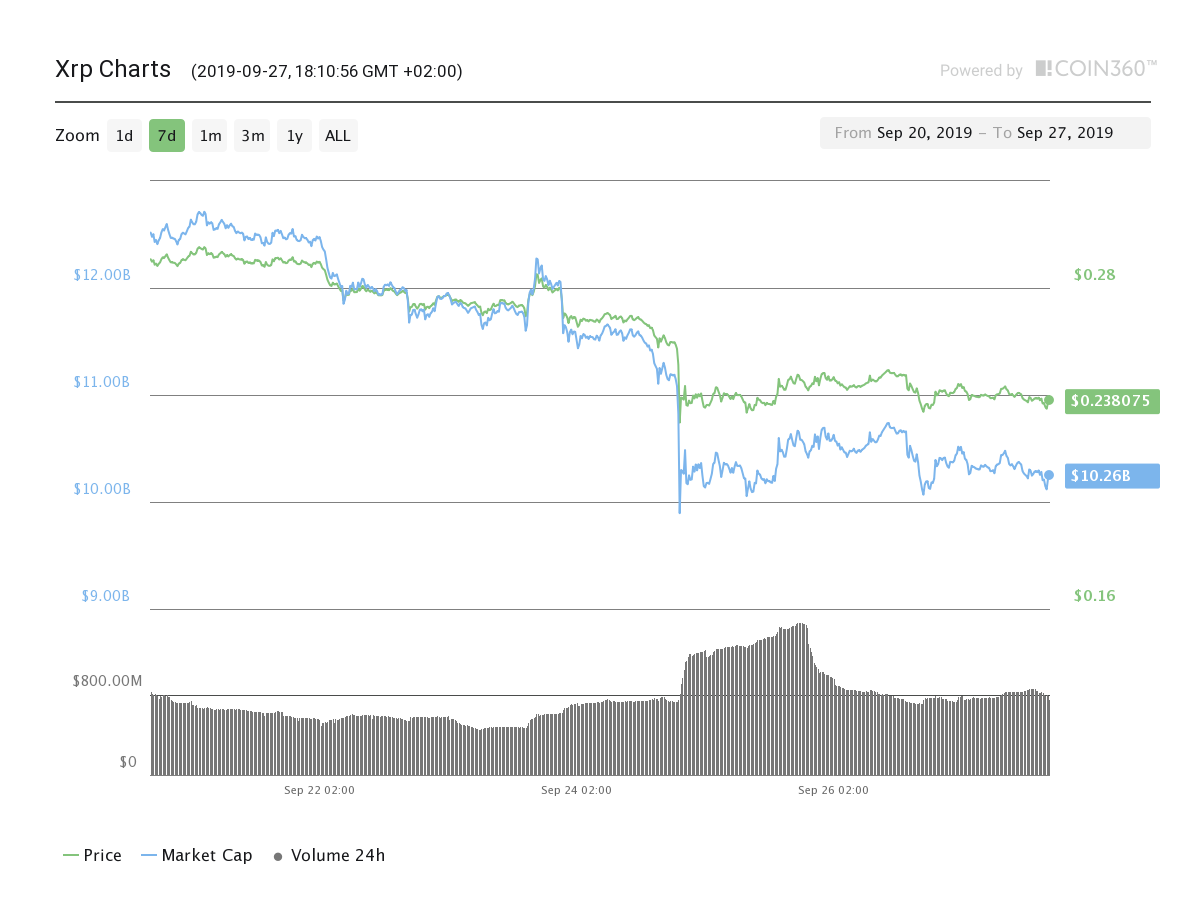 On Coin360, the top-20 coins are reporting gains between 0.74% and 7.43% on the day. The total market capitalization of all cryptocurrencies is around $213 billion at press time, while the daily trading volume is around $61 billion.

Earlier today, Anthony Pompliano argued that the future will not bring competition between digital and non-digital currencies. He said that if he were the U.S. government, he would tokenize the dollar immediately, noting that China is creating a digital Yuan and other countries would follow suit.

Shenzhen to hand out 10 million digital yuan in currency giveaway