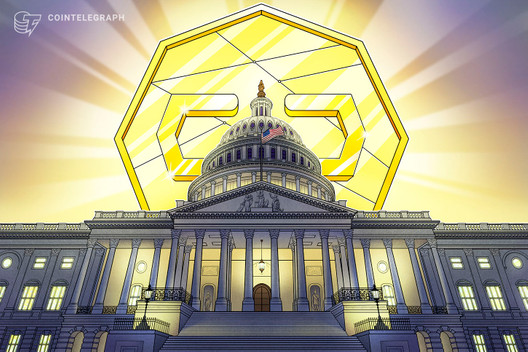 One of the hot button issues for elections in the United States is separating money and politics. At the center of this topic is political action committees (PACs), organizations that can support candidates or legislation with money raised privately.

HODLpac, the PAC founded by Tyler Whirty of the venture capital firm the Takoma Group, may be looking at a new way for Americans to donate to congressional candidates using crypto. By doing so, they may not only demonstrate how blockchain can be utilized for campaign contributions, but also supporting crypto-friendly legislation by donating to candidates who do the same.

There are quite a few big names in the crypto community behind the PAC. According to Federal Election Commission (FEC) filings, HODLpac’s founding donors include the Winklevoss twins, Donald Wilson Jr. from DRW, Brian Armstrong and Emilie Choi from Coinbase, Olaf Carlson-Wee at Polychain, and Kristin Smith from the Blockchain Association.

Using tokens to ‘vote’ for candidates

Under HODLpac’s voting mechanism, Whirty has stated that each person would be able to use Ethereum-based tokens to receive a certain number of “HODLvotes” for every donation they make. However, at the moment the PAC will be testing the method not with crypto but by using We the Peeps, a fundraising platform created by Peeps Democracy.

Once “voting” with tokens begins, donors will receive one HODLvote for every dollar donated. These HODLvotes can then be used to support candidates by buying “Donation Points”. Donation Points cost the square number of HODLvotes, meaning if a donor were to have sixteen votes, they could buy four points. The total number of points are then used to determine which candidates receive funds.

According to Whirty, this decentralized approach allows all voters to express a degree of preference for multiple candidates, not just a direction for their funds. It also helps ensure that donors who contribute more money don’t have an unrepresentative say on where the funding goes.

HODLpac has raised $21,000 to date according to the FEC, $4,600 of which has been spent on operating expenditures. The PAC went live on March 23 and doesn’t currently accept cryptocurrency donations, though Whirty said that may change in the future.

Crypto donations in US elections

The FEC has stipulated that politicians can receive cryptocurrencies like Bitcoin (BTC) as contributions if they are properly disclosed, though the overwhelming majority have not taken advantage of this. After Rep. Eric Swalwell of California and Andrew Yang withdrew their campaigns, there are no candidates remaining in the 2020 presidential election accepting crypto donations.

However, Agatha Bacelar, a Stanford engineer and designer running against Speaker of the House Nancy Pelosi, announced that she would be accepting BTC, Ether (ETH), Bitcoin Cash (BCH), Litecoin (LTC) and USD Coin (USDC) through Coinbase to raise funds.