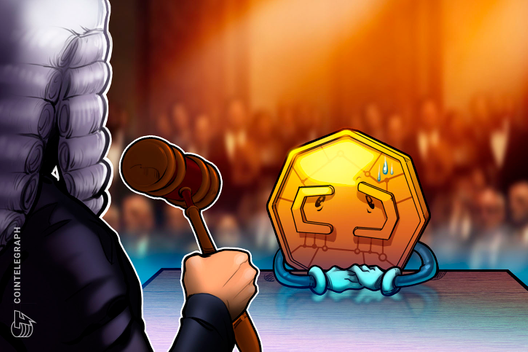 The Attorney General of Maryland announced that the state is participating in Operation Cryptosweep.

Maryland Attorney General Brian E. Frosh announced that state regulators would be participating in the initiative in a press release published on Aug. 14.

Operation Cryptosweep is a joint initiative of state and provincial securities regulators in the United States and Canada, wherein they launched probes into potentially fraudulent or noncompliant crypto investment programs. The initiative targeting suspicious crypto investment products is reportedly the largest such coordinated investigation by state and provincial officials.

In the press release, Frosh revealed that the Maryland Securities Division is participating in the operation. The division has begun enforcement actions against a Bitcoin trading platform luring potential investors with purported 150% returns through passive investments.

Frosh noted that investors should be cautious about investments that promise quick profits with low risk, further saying:

“Cryptocurrency investments are risky. Investors should be extra cautious when dealing with promoters who claim their offering does not have to be registered with securities regulators. Quick returns of 150% are as rare as Bigfoot. Make sure to do independent research on the product before you invest. Be aware of the risks, and contact the Maryland Securities Division with any concerns before parting with your hard-earned money.”

By August 2018, Operation Cryptosweep had resulted in more than 200 investigations of initial coin offerings and crypto-related investment products. In the course of their investigations, regulators ostensibly had come upon numerous crypto-related activities that may constitute a violation of state and provincial securities laws. Such violations included failure to properly register a product before offering it to investors.

Governor of New Jersey Phil Murphy recently signed a bill, which created a so-dubbed New Jersey Blockchain Initiative Task Force. The purpose of the task force is purportedly to study blockchain solutions for the benefit of the state.

The CoinDesk 50: Brave Browser Delivered and BAT’s a DeFi Darling

Bitcoin Dominance Is Days Away From Triggering A 30% Rally Against...