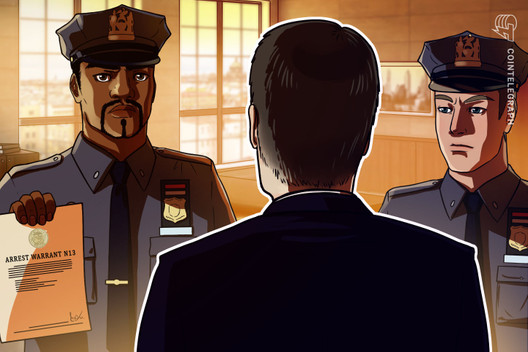 When Norwegian millionaire Tom Hagen reported that his wife had been kidnapped in October 2018, included was a ransom note demanding $10 million worth of the cryptocurrency Monero.

Now, after Hagen’s arrest by local authorities on April 28 on suspicion for the murder of Anne-Elisabeth Hagen, it seems as if the ransom demand could have simply been a way to cover up the crime.

The case has gripped the nation and Reuters reported on April 29 that Police Lawyer Aase Kjustad Eriksson told a news conference that, after an 18 month investigation, the police have now had “reason to suspect Tom Hagen of murder or conspiracy for murder”.

He has not yet been charged with the crime. However, Police Inspector Tommy Broeske said: “there was no kidnapping, no real negotiating counterpart or real negotiations. There are indications of a will [sic] to sidetrack [the investigation].”

As one of the richest people in Norway, Hagen is worth roughly $161 million. It’s unknown exactly how much he has invested in Bitcoin (BTC) or other digital assets. His wife, Anne-Elisabeth, was reported missing from their home near Oslo on October 31, 2018.

Despite the turn in this case, there have been instances in which cryptocurrency has been paid for a kidnapping ransom. In January, Singaporean Mark Cheng was taken hostage in Thailand and tortured for a $740,000 BTC ransom. He transferred $46,000 before managing to escape.

Despite Crackdown, Bitcoin Mining Is Still Alive And Well In China