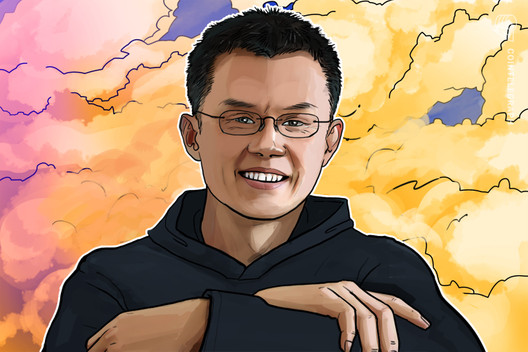 In a wide-ranging ask-me-anything (AMA) on Feb. 7, Binance CEO Changpeng Zhao announced big plans for the cryptocurrency exchange in 2020. One of the most imminent and least explained was the hinted arrival of a new product called Binance Cloud, which will reportedly be unveiled in the next 10 days.

Taking Binance into the cloud

Exactly what Binance Cloud might entail was not explained, as Zhao remained tight-lipped during the AMA. However, the company is currently advertising for a Senior Cloud Engineer, to join the Cloud Engineering and Architecture Team.

The position describes “large scale, massive parallel and highly available compute[r] systems on the advanced Cloud Computing platform,” and requires someone who can “improve, scale and automate this business critical Cloud-based architecture.”

How this translates into a consumer product remains unclear, although seemingly the answer is just days away. Zhao followed up the AMA by tweeting a GIF of some clouds, to increase the speculation.

Other upcoming and recent developments

Even before that, we will see BNB futures with 50x leverage launched on Feb. 10. Binance is also adding fiat gateways for currencies including Russian Rubles, Norwegian Krone and Croatian Kuna, with cryptocurrency purchases already available with Russian credit cards.

A New DAO Will Change the Gaming Industry

Ethereum Classic soars 100% in nine days outperforming ETH as ‘the...