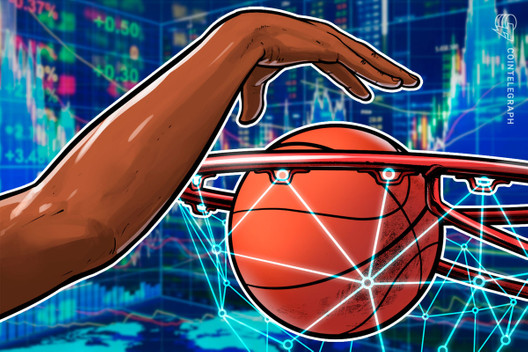 The latest development in pro basketballer Spencer Dinwiddie’s efforts to tokenize his NBA contract has seen the star launch a Gofundme campaign in an attempt to raise the cash equivalent of the 2,625.8 Bitcoins (BTC) — worth roughly $24.6M at time of writing.

Dinwiddie launched the campaign, oddly titled ‘Dinwiddie X BTC X NBA’, to purportedly affirm his “commitment to [his] previous tweets” that offered his fans the opportunity to choose which NBA team he would go to in exchange for the value of his contract in Bitcoin.

However, the new campaign is requesting the cash equivalent of the BTC he previously asked for — giving the $24.63 million fundraiser little relation to Bitcoin.

If unsuccessful, Dinwiddie claims that 100% of the money raised will be designated to an undisclosed charity.

Since launching the campaign roughly 11 hours ago, Dinwiddie’s bizarre fundraiser has raised $690 from 65 donors.

During September 2019, Dinwiddie first announced his intention to tokenize his then-reported $34 million NBA contract extension — however, the offer was framed as an opportunity for investors to receive principal and interest.

While many sporting organizations have sought to establish partnerships with crypto firms to offer gamified tokenized representations of stars to fans in recent months, few initiatives appear to have taken off.

Last month, billionaire investor and owner of the NBA’s Dallas Mavericks, Mark Cuban, revealed that since relaunching Bitcoin as an option for fans to purchase tickets and merchandise in August 2019, the team has taken in a measly $130 in BTC.

DOGE and XRP rally as pump and dumps sneak back into...

‘Boring Is the New Exciting’: How Baseline Protocol Connected With 600...